The Ford Explorer has had a long and storied career and was “America’s de facto family SUV,” but the SUV segment has burgeoned in the years since the Explorer was first introduced. In order to stand out in this segment, the Explorer doesn’t try to copy everyone else, but goes back to what made it great, while learning a few extra tricks along the way.

Trims for the Explorer are XLT, Limited, Platinum, and the performance-focused ST that we drove. Seriously — it’s a hot-rod Ford Explorer. One of the biggest things you’ll notice in the Explorer ST (and the Limited and Platinum) is the massive new touch screen. It uses the latest version of SYNC infotainment, but it protrudes from the dash like the obelisk from 2001: A Space Odyssey. When I first saw this at the 2019 Detroit Auto Show, I did a double-take to make sure a member of the press had not simply left a tablet in the car. 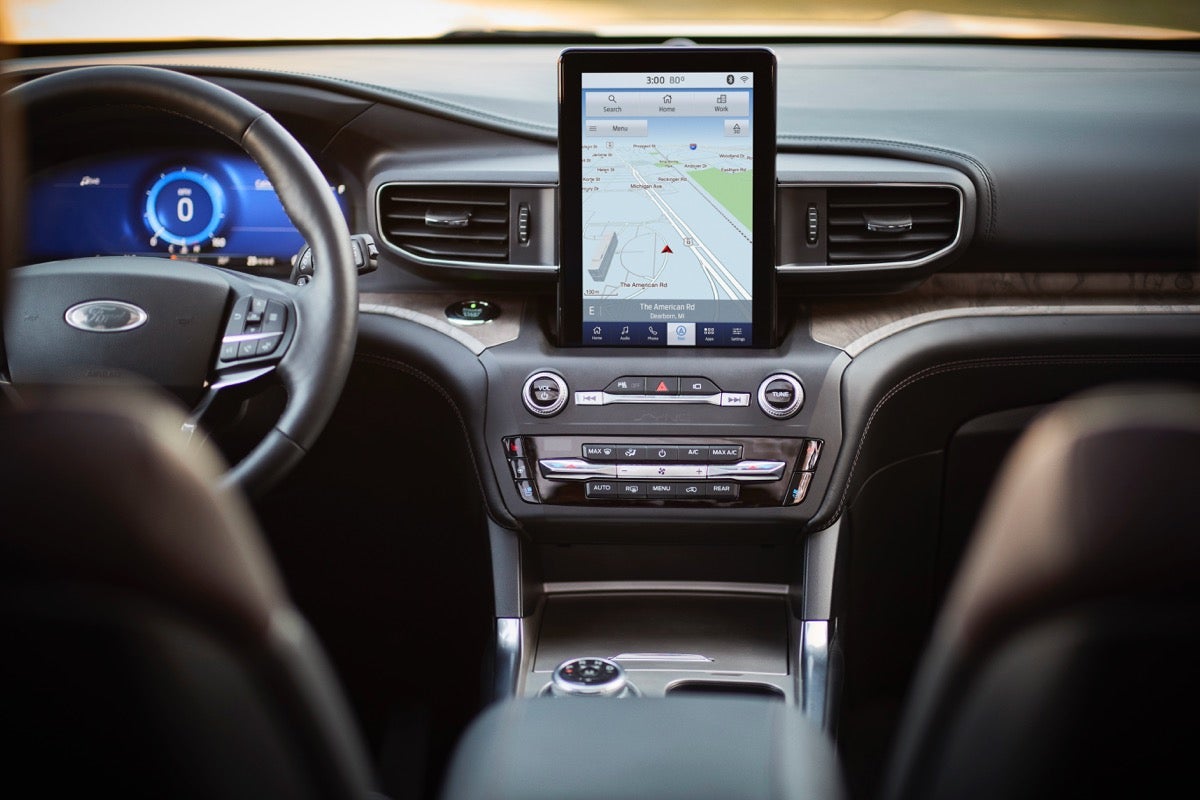 The new SYNC infotainment screen looks a bit ridiculous as it protrudes from the dash, but is pretty useful.

True to its shape, the touchscreen has a tablet-like layout with home buttons. At first, I thought this choice was way over the top, and the wrong way to incorporate tech into a car (in some ways I still do), but after a week with the car, I had come to appreciate the ability to multi-task. You can operate the Apple CarPlay or Android Auto screen and the radio display can still occupy the lower half of the screen. The aforementioned touchscreen is a bit too much tech, the base XLT trim has a more modest touchscreen system.

The base engine in the Explorer is Ford’s venerable 2.3-liter EcoBoost turbocharged inline-4. It is used in everything from the Ranger to the Mustang, and in this application, it makes 300 horsepower and provides decent acceleration. The Platinum trim features a 3-liter EcoBoost V6 that makes 365 horsepower, while our ST trim came with a similar engine, but tuned to crank out 400 horsepower. The base engine has a lot of car to haul around, and even with our potent ST powerplant, you could still feel the weight of the vehicle. The ST’s acceleration was strongest when already at-speed, such as a 40-60 mile-per-hour pull.

The steering of the ST was well-weighted for a performance-minded vehicle and is likely heavier than the steering in the Platinum or XLT. All versions of the Explorer are once again rear-wheel-drive based, so when a four-wheel-drive version like the ST is not putting power to all four wheels, it is putting them to the rear. This gives it more of a truck-like turn-in, and you feel more of the vehicle’s weight. Once you get used to it, taking winding roads can be fun, but I’m not sure this is truly a performance SUV. 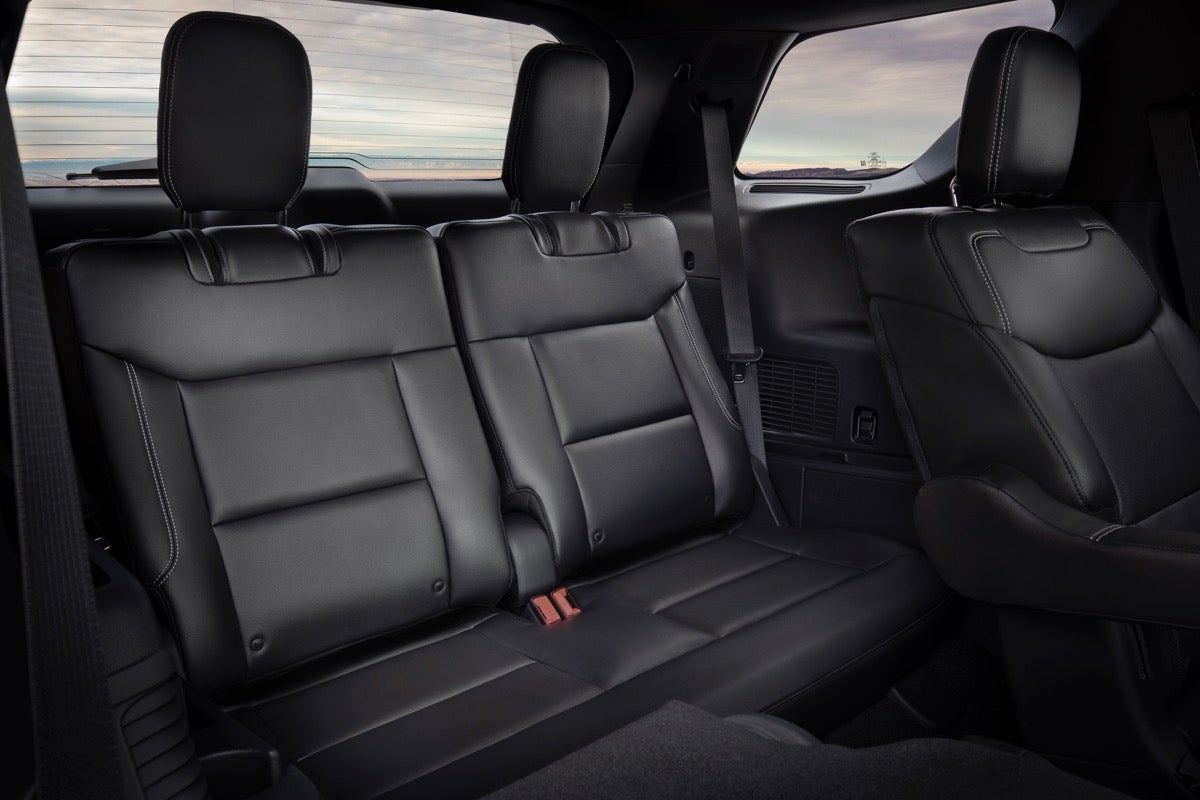 The third row of the Explorer is a bit tight for adults.

When properly equipped, the Explorer can tow up to 5,600 pounds, which isn’t as much as most trucks or truck-based SUVs, but still better than most. The Explorer also has a tight turning radius, making it quite maneuverable.

Base MSRP for the 2020 Ford Explorer is $36,675 for an XLT with rear-wheel drive. Our ST trim clocked in at $54,750, while a range-topping Platinum four-wheel-drive model costs $58,250 before options. Newcomers to the segment, such as the Kia Telluride and Hyundai Palisade, are less expensive, more efficient, and have far more upscale interiors. But the Explorer anchors a particular niche, offering available performance and capability that you will seldom find in three-row SUVs.