The times they are a-changing. Perhaps no one feels it more than Ray Ciccolo, the 78-year-old patriarch of the Village Auto Group with six brands over eight locations, stretching from Danvers in the North Shore to North Attleboro in Southeastern Mass.

We can start by showing how Ciccolo got into the business by accident.

He had some cash after selling a Laundromat business and, in 1963, walked into Gene Brown Motors, a Nash-Volvo dealership in Newton Corner. He was a young man looking to buy a car.

Being a natural salesman, he chatted up the owner, Hal Rosen, and soon learned that the dealership, founded in 1957, was perilously close to foreclosure.

Instead of a car, Ciccolo bought a business. He wasn’t enamored with Nash but was attracted to the Volvo brand.

Rosen wound up staying on as a valued employee, working well into his 90s as Ciccolo built the business that became Volvo Village.

“That means that next year we’ll be celebrating the 60th anniversary of a Volvo dealership at this location,” says Ciccolo.

But there’s work to be done before then.

On Thursday, for the 17th straight Thanksgiving, Ciccolo joined 1,500-plus runners in the Boston Volvo Village’s Turkey Trot to raise funds to battle MS (multiple sclerosis).

“It’s a great cause and I’m grateful I’ve been able to run in the event every year. We’ve had a number of celebrities run the race over the years,” says Ciccolo, citing congressmen, police commissioners, and media members. “The nice part is that everyone is finished by 10 a.m. in time to head out to a high school football game or back home to help in the kitchen.”

Ciccolo remembers a time when November’s holidays meant that it was time to put on snow tires, change antifreeze, and install winter thermostats, not to mention doing a points and plugs tune-up and replacing the battery in anticipation of a New England winter.

“A lot of that has changed,” he says. “Synthetic oils and the new electronics have made for long maintenance intervals, and many people rely on all-season tires so service visits are fewer, in some cases only once per year.

“But tires remain an important adjunct to our business. When I was a kid, you could run mismatched tires or keep an old car running with junkyard tires. No more. Most of today’s cars require specific tire sizes.”

Ciccolo looks to the future and sees more changes coming.

“We’re in the process of planning to rebuild our Boston Volvo facility,” he says. “When we started the planning, it was going to be a traditional dealership building with a both a big showroom and large service area. Then Volvo made some changes. They’re requesting smaller showrooms—with maybe room for four cars instead of seven or eight. And they’re specifying a smaller service area, too.”

But it’s the hybrid and electric vehicle (EV) segment that catches his attention these days. “The electric cars are coming and coming fast,” he says. “In Norway, for example, you might see 100 percent of new car sales being hybrids or EVs within five years.”

What does that mean for the United States, where that market segment currently accounts for only 1 percent of new-car sales?

“The competition is heating up,” he says. “You’re seeing some new EVs coming out that claim a 200-mile range. I was thinking of opening a charging facility on some land we own near the Mass. Pike, but then I realized it could be obsolete before we got it up and running. When people realize they can drive an EV 200 or 300 miles on a charge and they lose that fear of getting stuck, things are going to change.”

EVs in general are likely to get an unexpected boost from Volkswagen. As part of its settlement with the US government over illegal diesel emissions, VW is committing $2 billion to expand zero-emission vehicles (ZEVs). Part of that could be a significant investment in expanding the nation’s network of charging stations.

“We’ve arrived in an era that is proving the adage ‘If you can think it, someone can build it,’” says Ciccolo, mentioning technological breakthroughs regularly coming out of Boston-area universities.

“Now we’re seeing talk of paving roads with “solar pavers” that charge EVs as they drive along the road or even wireless transmitters that do the same.”

Stephen Russell, the state’s alternative transportation coordinator and clean cities coordinator for the Department of Energy Resources, says he can foresee a closed-circuit transportation system, like a bus route on a large college campus, installing just that type of system in the near future.

He’s also making inquiries about how this state can acquire some of VW’s charging station investment.

For now, Ciccolo says SUVs will remain the big sellers. “That’s what the consumer is looking for,” he says. “Practically speaking, the driver has a higher seat for better visibility, and these vehicles have all-wheel-drive, which is proving to be an asset even in summer for better traction.”

Ciccolo also sees the connected car as a big part of the future that’s already here in some cases. “So many service issues now are computer related,” he says. “Conceivably, you could do a recall without having the customer come in or even be aware their car’s software has been updated. Right now, all that’s done at our facilities, but you can envision the time when a car-owner could authorize it to be done wirelessly at home or work.”

We guessed it would be a suite of safety items such as smart cruise control and forward collision warnings.

“Not yet,” says Ciccolo. “People have gotten used to backup cameras and good navigation systems. Once you’ve become dependent on them, you can’t do without them.”

The customer experience is different today, too.

“When someone walks in the door now, they’re likely to be a buyer. They’ve done their homework, they know if you have the car they want at the price they want to pay,” he says. “It’s totally different from the old days when a good salesman would ‘fit’ a buyer to the car they needed. 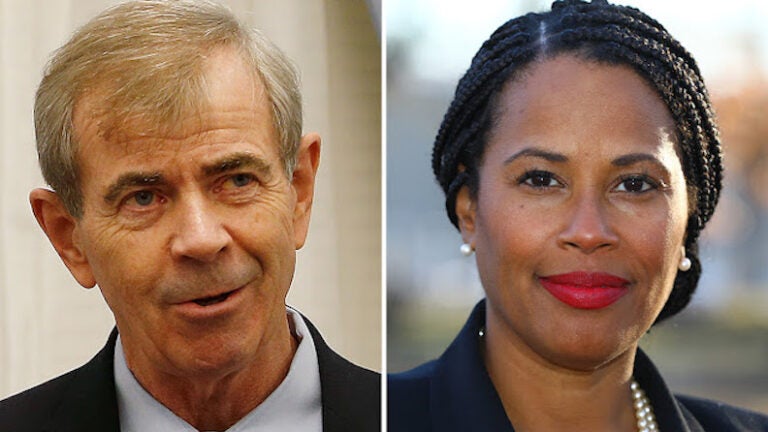