Q. My daughter owns a 2009 Pontiac Vibe GT with AWD and keeps it well maintained. As Pontiac is no longer in business, getting certain parts can be problematic. Her mechanic has indicated her motor mounts are wearing out, but cannot find a source of Pontiac Vibe replacements. As the Vibe is a close cousin to a Toyota Matrix, could motor mounts for a Toyota Matrix be used?

A. You are correct that the Pontiac Vibe and the Toyota Matrix are nearly identical cars, except for the interior and sheet metal. In fact, these cars were built side by side in the same assembly plant. Based on this I would say the Toyota motor mounts should be an exact fit. A quick check of both CARiD and RockAuto shows the motor mounts are in stock and are the same part number for the Vibe and Matrix. I would chat with the mechanic and ask if they would be willing to install the parts needed if she purchased them.

Q. I bought a 2021 VW Arteon sedan service loaner with 6,000 miles. The car runs great, but various systems, such as navigation display, radio, lane assist, and traffic and sign recognition, were sporadically not working until 10,000 miles, then suddenly everything worked flawlessly. Any thoughts on why I experienced these tech issues?

A. Just like phones and computers, cars have both software and firmware updates. Depending on the vehicle, some of these updates are performed while the car is in for service, and some are over-the-air updates. VW did have an update of its Wi-Fi module and it noted that updating the module would “permit future functionality of Over the Air (OTA) updating of various control modules.”

Q. I have a 2017 Ford Edge that I purchased from Hertz in 2019 with 31,273 miles. It was inspected by a repair shop before purchase. It has been properly maintained during my time as owner. When the car reached 64,930 miles in April (4,930 miles over warranty), the check engine light came on. The code showed an engine misfire and at that time all ignition coils and spark plugs were replaced by an independent repair shop. Within days light came on again and further diagnostic testing showed misfiring in a single cylinder. After a couple of attempts, the coils were replaced with Ford parts. This went on for weeks until the repair shop suggested I call Ford. Over the phone, the Ford service advisor immediately diagnosed the issue as coolant contamination into the cylinders (evidently, they’d seen it before). I brought the vehicle to a Ford Service Center and they confirmed I would need a new engine. After doing some research this seems to be a fairly common issue with the Edge 2.0L Eco-Boost engine after reaching 60,000-70,000 miles. Seems to me a 5-year-old, well maintained engine that needs to be replaced would be a sign of a manufacturing defect, especially when Ford has issued at least 7 technician service bulletins pertaining to this very issue since 2018. At what point would the NHTSA get involved with a possible recall?

A. This engine as well as the smaller 1.5-liter engine found in the Escape has been prone to several engine issues. So far to my knowledge Ford is only repairing these engines under the standard warranty. You are certainly correct, you would expect a properly maintained engine to last at least 200,000 miles, not 65,000. Regarding a NHTSA recall, although the engine misfires, apparently it doesn’t fit into the category of a safety recall. In other words, the car doesn’t break down at highway speeds causing a potential crash. That being said, I would still file a complaint with NHTSA. I would also consider taking Ford to court under a warranty of merchantability.  A warranty of merchantability is a type of warranty that asserts that the goods are reasonably fit for its ordinary and intended purpose for which they are sold. Now I’m hardly an attorney but, to me it seems like an engine that fails this early is not living up to its intended purpose.

Q. I have a 10-year-old GMC Yukon and the dome-light doesn’t work. Thinking it would be a bad bulb, I replaced it and it still didn’t work. I then checked all the fuses under the hood, and they all tested fine. To me that only leaves a wiring problem. Is there a known area that the wiring fails that you can share?

A. I think you were on the right track with the fuses, but you had the wrong location. Like many vehicles there is more than one fuse box. There is a 10-ampere fuse for the dome light in the fuse panel at the instrument panel. It is always time well spent to check every fuse in a vehicle if you don’t have a wiring diagram.

John Paul is AAA Northeast’s Car Doctor. He has over 40 years of experience in the automotive business and is an ASE-certified master technician. E-mail your car question to [email protected]. Listen to the Car Doctor podcast at johnfpaul.podbean.com. 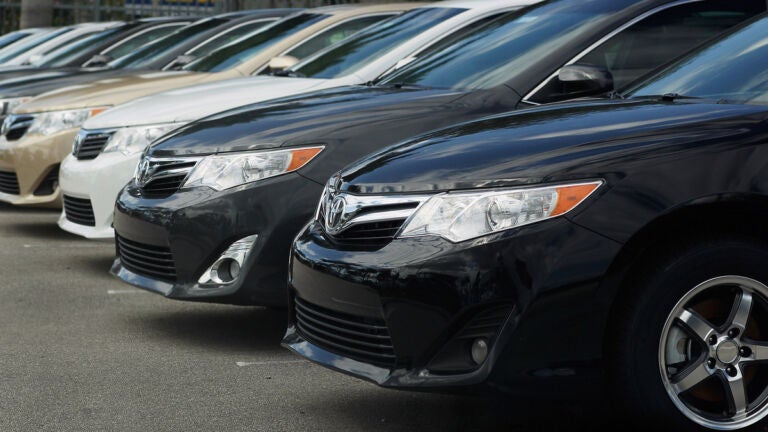 Why is my car’s air conditioning system blowing warm air?