Q. My wife and I recently helped our son purchase his first car, a 2022 Toyota Corolla Hybrid. I love everything about the vehicle except the stock Yokohama Avid tires. I would really like to replace them with all-weather tires when he’s home for the holidays. I’ve done some initial research and there seem to be quite a few choices. The Michelin CrossClimate seems like a top choice, but only starts out at 9/32 of tread and is pricey. I’m also considering Firestone WeatherGrip, Goodyear WeatherReady, and General 365AW. Any recommendations?

A. The only tires I have personal experience with are the Michelin CrossClimate. They really do seem to be able to handle not only the snow but also cold temperatures, which can affect not just ride and handling, but also stopping distance. The 9/32 of tread depth is pretty typical of that size tire. It looks like about a $20 difference between the Michelin and the Firestone. I would spend the extra $80 for a set of Michelins.

Q. I have a question about Honda vehicles. A lot of times when you replace an alternator with anything but a DENSO alternator, the dash charge malfunction light stays on. It doesn’t matter whether it’s new or rebuilt by anyone other than DENSO. Any idea why?

A. There are times with certain cars that the original equipment alternator is the only part that works. DENSO is the original equipment manufacturer for Honda and many other car makers. Honda uses a dual-mode charging system and an electronic load detector. I suspect that when other brands of alternators charge the battery but still cause the battery light to stay on, there are slight design variations that send poor signals to cars’ computers. Readers, your thoughts?

Q. I read where you mentioned the Toyota Avalon will be discontinued. Will the Toyota Crown be a replacement for the Avalon?

A. When I first drove the Avalon, I referred to it as the Park Avalon. It seemed as if Toyota built a Buick. It was a big car with a soft ride, and at the time had a bench front seat. It was and still is a great car, but unfortunately, its time has come. The Crown is an option, but in Toyota’s words is not a replacement for the Avalon. The Crown was designed to attract a younger buyer. Power is provided by a choice of two powertrains: a 236-horsepower hybrid or  a 2.4-liter turbocharged inline-four and two electric motors, good for 340 horses. The Crown also sits a bit higher than typical sedans, classified as a “lifestyle” vehicle.

Q. My 2008 Dodge Charger has a problem with a non-working cooling fan. The other fan (for the air conditioner) comes on when I switch the A/C on. When I checked the fan and wiring, I found the fuse for the fan had burned out. I replaced the fuse, and it was fine until the fan came on and it immediately popped. So far, I have been able to keep the car from overheating, but I need to fix this problem. Any ideas?

A. The simple check would be to disconnect the fan to allow the engine to come up to operating temperature. I would attach a test probe or meter so you can watch the voltage. If the fan which is disconnected is commanded on, and the fuse doesn’t burn out, the fan itself is faulty.  If the fuse still burns out, there is a short in the wiring.

John Paul is AAA Northeast’s Car Doctor. He has over 40 years of experience in the automotive business and is an ASE-certified master technician. E-mail your car question to [email protected] Listen to the Car Doctor podcast at johnfpaul.podbean.com. 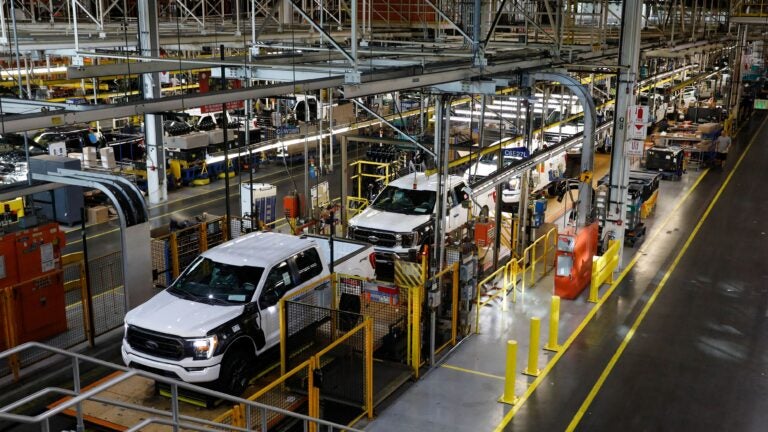 Which American cars are actually made in America?