Several news outlets have picked this story up. Yet they haven’t recognized that it’s part of a longer struggle in business-government relations — and the product of a long-held cultural resistance to considering gender differences in design.

Safety advocates and automakers have tussled for almost 50 years over which human forms to consider in safety standards. Throughout the 1950s and early ’60s, a new safety movement in the U.S. — made up of consumer advocates, epidemiologists, engineers and others — argued that government regulation should focus on redesigning cars, not just training and policing drivers.

The most famous of these advocates was Ralph Nader, whose 1965 book, “Unsafe at Any Speed,’’ did a great deal to focus federal attention on the issue. The efforts of the safety movement eventually culminated in the enactment of the National Traffic and Motor Vehicle Safety Act of 1966, which created the first nationwide automotive safety standards.

The enactment of the law was only the first step, however. Regulators had to get proposed safety standards through the hurdles of federal rulemaking procedures, which allow for public comment and revision. The auto companies fought the rules at each step.

One rule they resisted fiercely was Standard 201, known as “Interior Occupant Protection.’’ Automakers found this standard galling because, of all the new rules, it most fully embodied a philosophy that Nader and other safety advocates embraced called the “second collision.’’ The advocates argued that drivers and passengers weren’t injured in the first collision between the car and, say, a tree. Rather, they were hurt during the second collision when their bodies struck the interior of the vehicle. Therefore, the advocates’ goal was to make the interior of the car safer, especially by padding certain key surfaces.

Although the automakers didn’t disagree with the theory, they vociferously opposed the design changes advocates believed should follow.

Complying with Standard 201 required a process like this: An anthropomorphic mannequin, or dummy, was placed in a car. Those conducting the tests would bend the dummy forward and identify where its head might strike the interior of the vehicle. Next, the testers would remove materials that the head might hit, such as the dashboard, from the car, and mount them on a wall. Then, they would use a large pendulum to slam a “head form’’ into the material. Standard 201 limited the number of G-forces that the head form could experience during the collision.

The automakers disliked many things about Standard 201, including that it required dummies of two different sizes. The two dummies were meant to encapsulate the wide variety of human forms. In an accident, a very tall person’s head would strike different surfaces than a short person’s head would. The dummies were to represent a 95th percentile male (that is, only 5 percent of the male population would be larger than the dummy) and a 5th percentile female (only 5 percent of the female population would be smaller). The 95th percentile specimen had been around since the 1949 creation of Sierra Sam, the first crash-test dummy, which was developed under a contract with the Air Force.

But the automakers pushed back strongly on the need to create a 5th percentile female dummy. No such dummy existed, the industry argued. It would take too long to develop one, and the payoff would be unclear. Although marketers had begun to account for the tastes of women as potential consumers well before the 1960s, many automakers claimed that considering women’s health in engineering was too radical.

Federal regulators were beaten back during the revision of Standard 201 in 1967. They lost out on many criteria and rules that embodied the philosophy of the second collision, and Standard 201 swung strongly in the industry’s favor. One of the few places that regulators won out, however, was the different-sized dummies. The 95th percentile male and 5th percentile female dummies became part of the federal code. The automakers would have to account for women in engineering the car.

Yet battles can be un-won. Regulators may have succeeded in getting female dummies into Standard 201, but such dummies would soon fall by the wayside.

In 1973, “crash-test dummies’’ became a mandated part of safety standards for the first time. These were the devices we now think of when we hear the term: mannequins belted into test cars that are crashed into various objects. These dummies were used in frontal crash tests, not just for identifying potential impact points. The mandated dummy, known as Hybrid II, was a 50th percentile male — in other words, the average American guy. Perhaps because the dummy was so complex and costly, regulators and automakers moved from using two extreme sizes to using one model.

But a female dummy didn’t become a mandatory part of frontal crash tests until last year. For all this time, the average American guy stood for us all.

That may have had a substantial impact on women’s auto safety. If airbags are designed for the average male, they will strike most men in the upper chest, creating a cushion for their bodies and heads. Yet small women might hit the airbag chin first, snapping their heads back, potentially leading to serious neck and spinal injuries.

In some cases, according to tests with female mannequins, small women were almost three times as likely as their average male counterparts to be seriously injured or killed. A study of actual crashes by the University of Virginia’s Center for Applied Biomechanics found that women wearing seatbelts were 47 percent more likely to be seriously injured than males in similar accidents.

Time and again, we are reminded that women still struggle to receive equal pay and treatment in the work place. Women haven’t received equal treatment in the design of the cars they drive, either — and it may have had deadly results.

(Lee Jared Vinsel is an assistant professor of science and technology studies at the Stevens Institute of Technology and the author of “Governing the American Machine: Cars, Risks, and Regulations.’’ The opinions expressed are his own.) 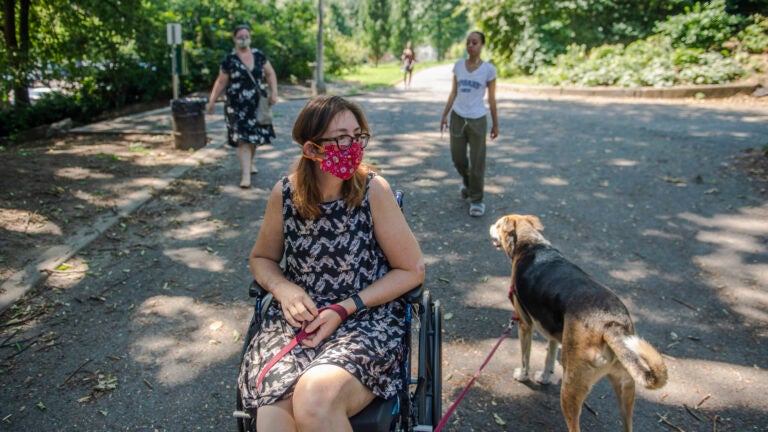 She was in a grueling 340-mile race. Then came a highway, and an SUV.