Ford vs. Chevy is the heavyweight battle in truck sales.

When it comes to powertrains, the two have taken different routes, giving consumers a choice of how to get the best combination of performance and economy.

Ford has had success in using its EcoBoost (turbocharged) V-6 to replace the V-8 in most applications. It also is exploring cutting weight by using more aluminum in future pickups.

Chevrolet, on the other hand, is retaining its mainstream 5.3-liter V-8 by using“cylinder deactivation’’— shutting down four cylinders when they’re not needed—to improve fuel economy.

Does it work? EPA highway estimates of various Silverado models show highway ratings of 21 and 22 miles per gallon.

“Rather than adding turbochargers or multi-valve cylinder heads to increase the power of smaller engines, we chose to keep the proven capability of our larger V-8 truck engines and save fuel by switching off half of the cylinders when they aren’t needed,’’says Jordan Lee, GM global chief engineer for small block engines.

The concept is hardly new. GM used it in the 1981 Cadillac 8-6-4 V-8, a vehicle that introduced many of the engine management devices in use today. In lieu of learning and fixing that early system, most mechanics and owners instead opted to unplug it, having the engine default to full-time V-8 power.

Today, with added computing capability, the active fuel management system seamlessly switches cylinders off and on.

Chevy’s V-8s certainly are proven.The company has built more than 100 million of them over 57 years. Since 2004, 4.6 million have had the active fuel management system.

Silverado reliability also is notable. Chevy proudly says more than half of 20-year-old full-sized Chevy pickups are still on the road.

Of course, not every pickup buyer needs a full-sized V-8. For them, GM is offering redesigned 2013 midsized Chevrolet Colorado and GMC Canyon models. Ford, on the other hand, has discontinued its midsized Ranger pickup.

A Road Trip to Mars

Given that NASA has Curiosity, a car-sized rover, now on Mars and that future manned missions to Mars are in the plans, Nissan also had some fun figuring out what it would cost to“drive’’an Altima the 352 million miles to the planet.

Honda’s newAccord will be a major introduction to the midsized sedan segment this fall.The company released some early photos a few weeks back, and production of new engines and transmissions began on Aug. 20 in Marysville, Ohio.

The new Accords will feature all-new powertrains. A new 2.4-liter direct-injected fourcylinder will be mated to either a six-speed manual transmission or an all-new CVT that Honda claims will have an innovative control system for excellent acceleration and responsive shifting.

Also available will be a 3.5-liter V-6 that will be paired with either a six-speed automatic transmission or six-speed manual.

Swedish Car Day always has been one of the highlights of the Larz Anderson Auto Museum’s lawn season.

Last Sunday’s event, however, topped the charts. It was the 13th in a row hosted by Charles River Saab, and was scheduled to be the last one unless a new sponsor is found. But the massive turnout may have changed that.

The main and lower lawns were filled to capacity early in the day by 142 registered Saabs and 69Volvos. The cars kept coming, though, and more than 300 Swedish models were at the event, parking on the upper lot and along Newton Street.

Pierre Belperron, the former service manager at Charles River Saab (23 years) and organizer of the annual event, was back as the guest speaker/host of the festivities and rewarded the attendees with 30 minutes of Swedish car history and stories.

Among the many raffles, ChuckVieaux of Granby, CT, won the Saab-Scania sign that used to hang at Charles River Saab.

The huge turnout prompted Ray Ciccolo, president of BostonVolvoVillage and Charles River Saab, to commence discussions with the Larz Anderson staff to find a way to continue the event.

Volkswagen just missed hitting the magic 300 kilometers per hour mark this month when a turbocharged Jetta hybrid hit 185 mph (298 kph) at the Bonneville Salt Flats near Wendover, Nevada, during the Southern California Timing Association’s annual Speed Week.The Jetta hybrid has a 1.4-liter turbocharged direct injection engine, a 27 hp electric motor, and a seven-speed automatic transmission. …More on the turbocharged front. Fiat is introducing a turbo version of the Fiat 500 with a 1.4-liter MultiAir engine that will produce 135 horsepower and be mated to a manual transmission and sport exhaust. MSRP will be $19,500. …Ford’s C-MAX hybrid is officially certified at 47 mpg city, 47 mpg highway, and 47 mpg combined—unique among hybrids, which normally are more efficient in the city driving cycle.What wasn’t so cool was Ford’s trumpeting it beat the PriusV by 7 mpg.The regular Prius still is rated at 51 mpg city and 48 highway. … Nissan’s Juke (another fourcylinder turbo) is getting a Midnight Edition package with 17-inch black wheels, a black roof spoiler, and mirror caps.We liked the black accents on the $140,000 Jaguar XKRS, so why not on the $24,000 Juke, which already has stand-apart styling? 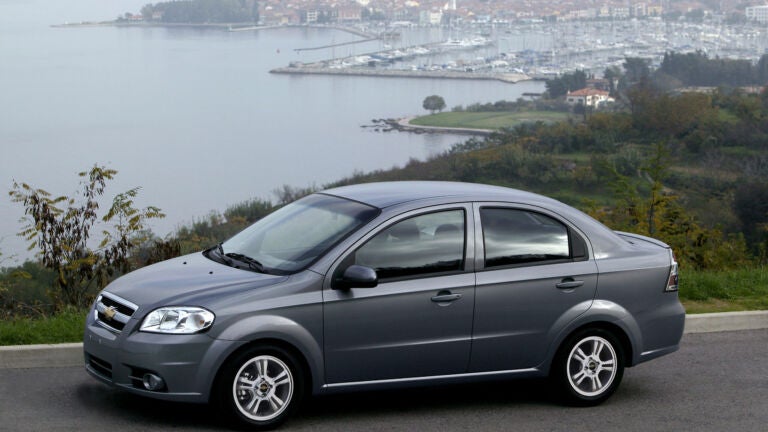 My car has an error code that won’t go away