For decades, Massachusetts drivers have been left out in the cold by state laws, but that’s about to change this winter.

According to WGBH, gas stations will be allowed to install hold-open clips on their pump nozzles starting January 1st.

Hold-open clips are those little metal pieces used just about everywhere else in the country to keep the nozzle pumping gas even if no one is squeezing the trigger. They let people get back in the car during fill-up, which would be pretty nice during those brutal New England winters.

But that’s also the reason hold-open clips have been banned in Massachusetts since the 1970s, according to WGBH.

State Fire Marshall Stephen Coan told WGBH that officials had been concerned drivers would build up static electricity by sliding in and out of their cars, then touch the metal nozzle trigger and send a spark into the gas tank.

It really happens, apparently (jump to :55 for the exciting stuff).

But years of data from other states have convinced the Massachusetts Fire Safety Department to lift the ban, Coan told WGBH. The rule change is part of a larger fire code overhaul going into effect at the start of 2015.

So feel free to get excited about not standing next to your car in the cold this winter. But don’t get too excited and rub your gloves together in anticipation. We don’t want any sparks flying.

Visit Take a look inside the new 'Friendly's Cafe' in Westfield 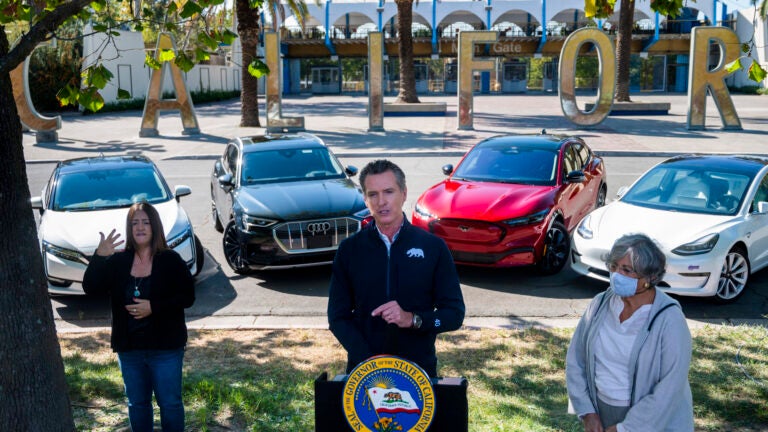 California is ready to pull the plug on gas vehicles