Ten years ago, the dwarf planet Eris was discovered. It is the largest of the dwarf planets – just a little bigger than Pluto. What does this have to do with the Big Dig? Absolutely nothing. But it seemed that an anniversary of some sort was necessary to introduce such a touchy topic.

Though it’s been about 32 years since planning first started for “The Big Dig,’’ construction ended just seven years ago. Mention the project, and you’re sure to see longtime Boston residents shake their heads in dismay.

During one of the most difficult highway projects in the history of the United States, tunnels leaked, costs were overrun, and a falling ceiling tile killed a woman on her way to Logan Airport.

Enough time has passed that hopefully, we can re-examine what happened and the city can learn from its mistakes moving forward.

Or we can talk more about planets – it’s up to you.

In case you’re unfamiliar with the project, the $14.8 billion plan replaced Boston’s six-lane elevated Central Artery (I-93) that ran through the center of downtown with an underground eight to ten-lane highway, and added two new bridges over the Charles River. It also extended I-90 to Logan International Airport and created Route 1A, connecting downtown Boston to the waterfront, according to MassDOT.

There were some huge pros to the Big Dig: submerging the interstate cleared up some horrific traffic congestion (vehicles used to crawl for 10 hours a day), opened up 300 acres of land, and jumpstarted the Innovation District.

But the numerous snafus that occurred tend to overshadow the project’s benefits in the public’s mind.

The cost of the project was far more than initially stated. As Roger Warburton, associate professor of administrative sciences at Boston University, noted in an article for BU’s Metropolitan Magazine, original project estimates hovered around $2.4 billion, but the Big Dig ended up costing well over $14 billion.

Warburton said that engineers knew the original projections were far too low, but politicians covered up their actual estimates: “But the truth is that engineers in the late 1980s already knew it was a $12 to $14 billion project. They told everybody who would listen—including the politicians—and those people kept it quiet.’’

Oh, and in case you were wondering — we’re still paying for the Big Dig. With interest, the project could ultimately cost around $24 billion, finally getting paid off in 2038.

Besides creating a financial nightmare, the Big Dig was plagued by huge constructional flaws – which obviously added fuel to the fiscal firestorm.

In 2004, failure to adequately clear construction debris from concrete walls caused water to start pouring through a portion of the I-93 tunnel under downtown Boston. Hundreds of other leaks were found after investigation.

May 2006 saw six employees of a concrete supplier charged with fraudulently concealing that some concrete used in the Big Dig tunnels was of shoddy quality. Aggregate Industries would later pay a $50 million penalty to the state for its role in providing 5,700 truckloads of substandard concrete.

And though four workers were killed over the course of working on the project, the tragedy that garnered the most attention occurred in July 2006, when a 38-year-old woman from Jamaica Plain was crushed to death in her car by four concrete slabs that fell from the ceiling of a Big Dig tunnel.

The tragedy led to the firing of the Massachusetts Turnpike Authority chairman, a criminal investigation, and eventually, a $26 million settlement from the largest contractor on the Big Dig and a bolt distribution company, for damages resulting from the collapse.

Overall, federal and state authorities negotiated $534 million in settlements on the project.

All of that is in the past, but what are the project’s lasting effects on Boston?

Fiscally, Boston learned hard lessons about the nature of public/private relationships, and how to manage cost containment issues. It also learned that partnerships are hard.

Because the project was such a behemoth, The Big Dig was largely a joint effort between US construction and management companies Bechtel Infrastructure Corporation and Parsons Brinckerhoff. Though the Bechtel/Parsons Brinckerhoff joint management firm had all criminal charges dropped, they had to pay more than $407 million to resolve the civil and criminal liabilities in connection with project defects. Woof.

When partnering with private firms for huge public works projects, state officials should closely monitor construction. Both parties should work together to carefully calculate a project’s cost, and continuously monitor and adjust it as construction continues.

The Big Dig both helped and hurt the environment, as complicated public works projects often do. Automobile exhaust causes air pollution and health problems, and is a significant source of greenhouse gas emissions. The Big Dig helped prevent traffic pile-ups, cutting the amount of cars that would have idled for hours. Boston’s carbon monoxide levels dropped 12 percent citywide due to the highway project, according to MassDOT.

The lengthy project, however, caused temporary levels of increased traffic and pollution, so the Massachusetts’ Conservation Law Foundation forced the commonwealth to expand and modernize its public transportation system—including the MBTA Green Line expansion to Somerville and Medford, “with cleaner buses and new commuter rail and subways,’’ according to their website.

Unfortunately, the Big Dig’s many hitches left a sour taste in some Bostonians’ mouths – there’s an impression that the government can’t “do’’ big projects. This feeling probably hasn’t helped move along other major projects that could greatly enhance quality of life.

The Green Line Extension Project mentioned above, which is set to add six new stations, was delayed this fall. The extension was court-mandated as part of the settlement of a lawsuit over the environmental impact of the Big Dig.

But the project has been postponed on Beacon Hill, largely due to questions about the city’s ability to handle a big, complex, very expensive (about $1.9 billion) project. Ironically, the longer the project is postponed, the more the projected cost of it will balloon.

These are obviously just a few of the many lasting impacts the Big Dig has had on different areas of the city. But current and future transportation projects should take heed from what occurred.

Timothy Love, the president of the Boston Society of Architects, said he expects the Big Dig to influence two current transportation projects – the South Station Expansion Project, and the I-90 Allston Interchange Project.

The South Station project is expected to improve the Atlantic Avenue station’s rail tracks, platforms, passenger facilities and other infrastructure to create a much more efficient rail service. The I-90 Allston Interchange Project will replace the 1965 highway structure, enhancing the safety and flow of traffic on the Massachusetts Turnpike and probably making Allston a much more attractive place to live.

Love said he thinks these two projects will see a better harmony between transportation engineers and neighborhood-makers in light of the Big Dig. Enough time has passed, he said, for people to see just how valuable the Big Dig was not just for improved transportation, but also for the beauty and accessibility of Boston’s neighborhoods – particularly in Fort Point and the North End. “I don’t think anyone fully understood what a pleasant piece of the city it would be,’’ Love said of Boston’s downtown since the project.

Love points to the The Rose Fitzgerald Kennedy Greenway, an urban park located in several downtown neighborhoods of Boston that emerged from open space created from the Big Dig’s demolition of the John F. Fitzgerald Expressway, as one of the many pros of what happened.

“When I ride my bicycle along the Greenway, I’m struck by what an amazing part of the city it is now,’’ Love said. “If people could have looked at a crystal ball then and seen how nice it would be, planning would have gone more smoothly.’’

So was The Big Dig worth it?

Love thinks so: “From my perspective, were the complications worth the result? Absolutely. Ten-fold. The relative ease of driving my car from South Boston to Everett, and the way it’s transformed my everyday life downtown where I run a business—I’m not sure why it wasn’t worth it but that’s a personal opinion.’’ 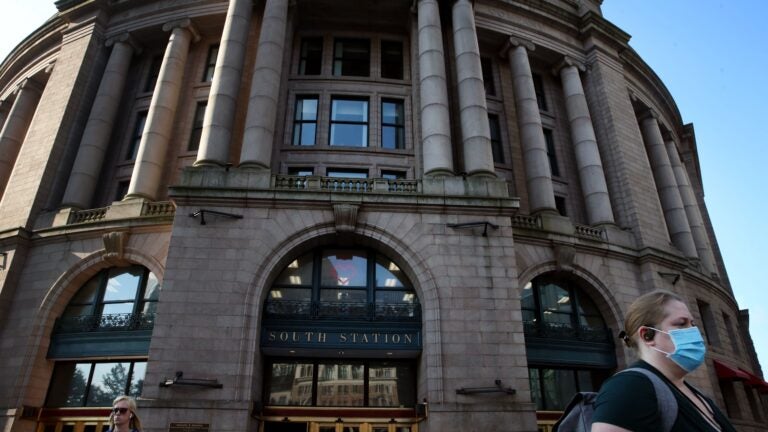 When will work on the ambitious South Station development project wrap up?