It was probably about 40 years ago when Dave Smith, then The Globe’s stellar sports editor, employed his deepest southern accent and told a young copy editor (me), “Bil-lee, you’ve gotta surprise the reader every day. It can be a story, a photo, a headline, or a page layout.’’

Over the years, the sports department came up with some amazing stories, but the one that really—and I mean really—surprised this then assistant sports editor was Dan Shaughnessy’s column on May 17, 1998.

It was the 50th anniversary of the Jimmy Fund, New England’s favorite charity, and Shaughnessy had found the original “Jimmy.’’ He was Einar Gustafson, a Mainer who had beat cancer back in 1948 and not only was still alive but working driving an 18-wheeler and had been a successful contractor.

The story got a big play on Page 1 of the paper.

Amazingly, he recovered, went home to Maine, and remained out of the public eye for 50 years until his sister wrote a letter to former Red Sox Mike Andrews, then the director of the Jimmy Fund.

He was one of the early miracles in treating childhood cancer, surviving what today would be classified as a non-Hodgkin’s lymphoma of the small bowel. In 1948, he had a 20 percent chance of survival; today, it’s better than 90 percent.

To date, the Pan-Mass Challenge has raised a half-billion dollars for the Jimmy Fund since it began in 1980.

The WEEI/NESN Jimmy Fund Telethon, which runs for 36 hours this Tuesday and Wednesday (Aug. 17-18), has raised $37 million since it began as a radio-only event in 2002.

So what does this have to do with cars?

As part of “Jimmy Fund Month’’ the Herb Chambers Companies will match all donations made through its dealerships up to $175,000. That’s in addition to an initial gift of $225,000 made at the start of the year.

“This is a call to action for all our customers, neighbors, and even those who just drive by one of our dealerships on the way to work,’’ said Herb Chambers. “We are proud and humbled to join Dana-Farber’s fight against cancer, and we encourage everyone to join us, whether it is through a visit to a dealership or making a gift online.’’

With 50 dealerships across Massachusetts and Rhode Island, the Chambers companies are well positioned to receive the donations it will match:

1. Online at herbchambers.com, there’s a Jimmy Fund link at the top of the home page.

2. Drop off a check, payable to The Jimmy Fund, at any Chambers dealership.

3. Put cash or checks into special Jimmy Fund receptacles at any dealership.

In addition, Chambers employees will be manning the phones during the 36-hour telethon.

The 10 most expensive cars ever sold

• A great golf day starts with a great drive.

• No one ever regretted paying too little for a car.

I like cars, and I like coffee, but it’s hard to get on the road in time to make it to one of Chambers’ early Saturday morning “Cars ‘n Coffee’’ gatherings.

The next one is scheduled for Sept. 12 (7-10 a.m.) at his BMW dealership in Sudbury. Chambers generally features a car from his private collection at these events, which makes the trip worthwhile.

While he hasn’t decided which car he’s bringing to that event, Chambers has committed to bringing his F1 McLaren to the Sept. 20 Boston Cup show on Boston Common.

“Those McLarens finished 1-3-4-5-13. Truly unbelievable. They cost $1 million when new and are estimated to have a value of $12 million today. There are only 65 in the world. One is being auctioned off at Pebble Beach. That should set the actual value.’’

Herb is the original owner. His F1 has 7,000 miles on the odometer.

The late Steve Varney, dyno-tuner extraordinaire, is being honored with a car show today from 11 a.m.-3 p.m. at the Georgetown VFW on Rte. 133 … Today also is American Car & Truck Day from 10-2 at the Larz Anderson Auto Museum … Thursday, curator Jennifer Madden takes visitors behind the scenes at Sandwich’s Heritage Museums and Gardens to see museum vehicles that are in storage. The tour is from 11 a.m.-noon and advance registration is encouraged … Next Saturday, Whitinsville has its 2d annual Cars in the Park for cars, trucks and bikes at 7.5-acre Whitin Park from 10 a.m.-4 p.m. … Next Sunday is the 16th Swedish Car Day at Larz Anderson sponsored by Ray Ciccolo’s Boston Volvo Village. “Besides all kinds of fabulous Swedish cars, we’ll have special guests from Volvo and the Swedish government,’’ he says. 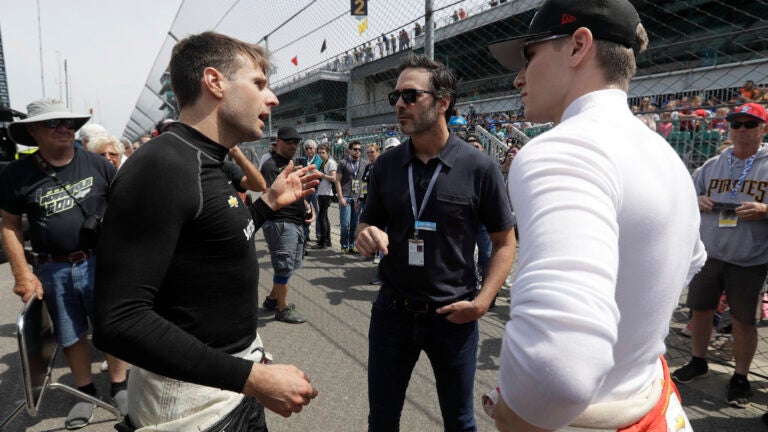