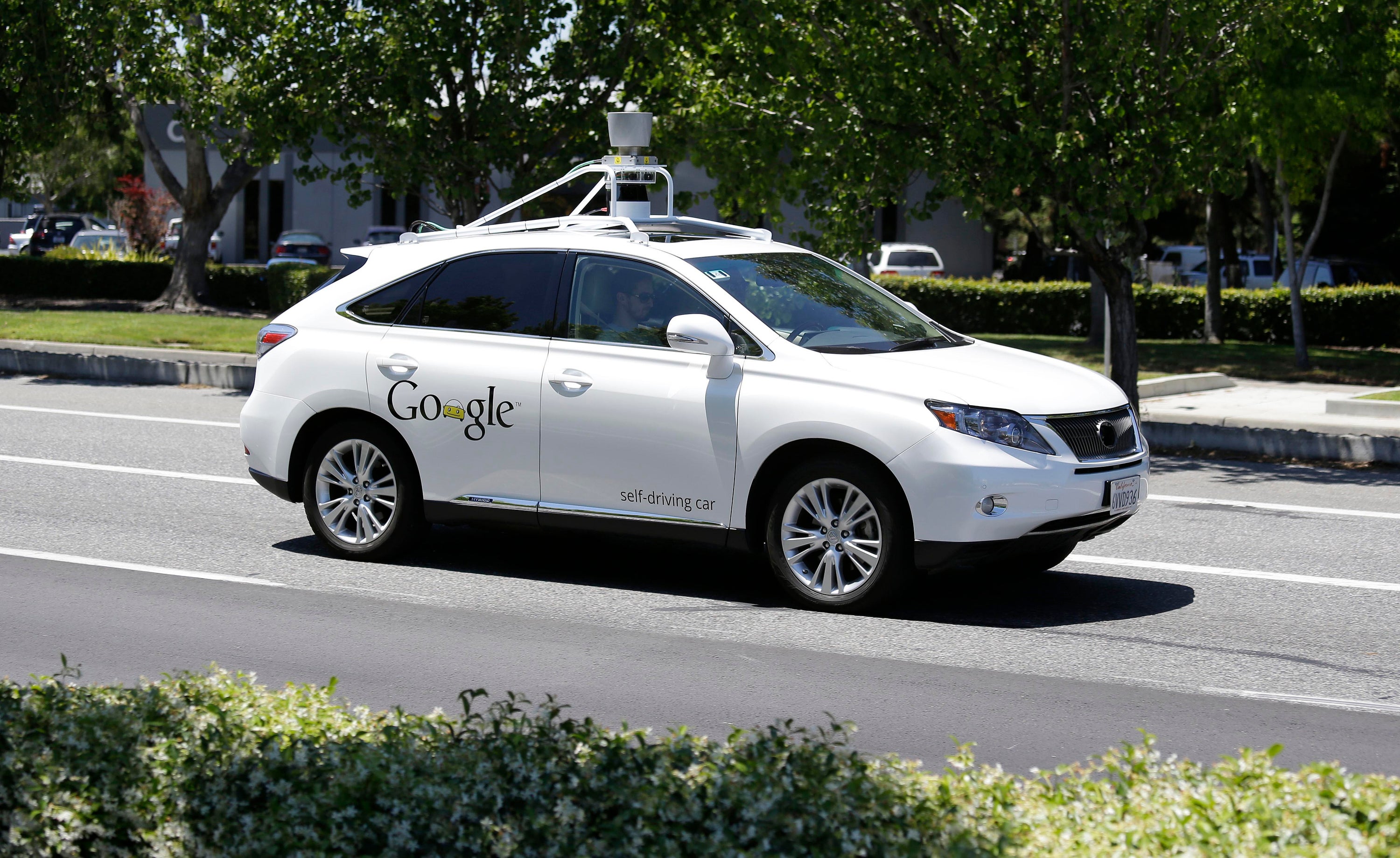 According to one architectural firm, autonomous cars promise to free up a considerable amount of space.

Self-driving cars continue to get closer and closer to becoming reality.

In January, the Obama administration proposed spending $4 billion over the next decade to further develop autonomous car technology. Meanwhile, the National Highway Traffic Safety Administration (NHTSA) argued that a computer could be considered a driver under federal law, which could be a significant step towards getting autonomous vehicles on the road.

When they do arrive, self-driving cars promise to do more than change the way we get around. According to Amy Korte, principal designer at Boston-based architectural firm Arrowstreet Inc., self-driving cars will fundamentally change our buildings and urban environment as well.

In an interview with Boston.com, Korte explained how self-driving cars promise to improve the efficiency of parking garages over the next 20 years, relieving drivers of stress and freeing up building space for more productive uses.

“It’s going to be a series of phases,’’ said Korte. “When we plan for the parking garage itself it will become 60 percent more efficient.’’

Because self-driving cars are predicted to be more precise parkers than human drivers, cars will require only as much as four inches of parking space on either side. Korte believes this could reduce the size of each parking space by 21 square feet, freeing up entire floors of parking structures to be reclaimed for other activities.

“We can transform those floors into residential, hotel, office and retail uses,’’ said Korte. “There are a number of uses that will make our cities better.’’ 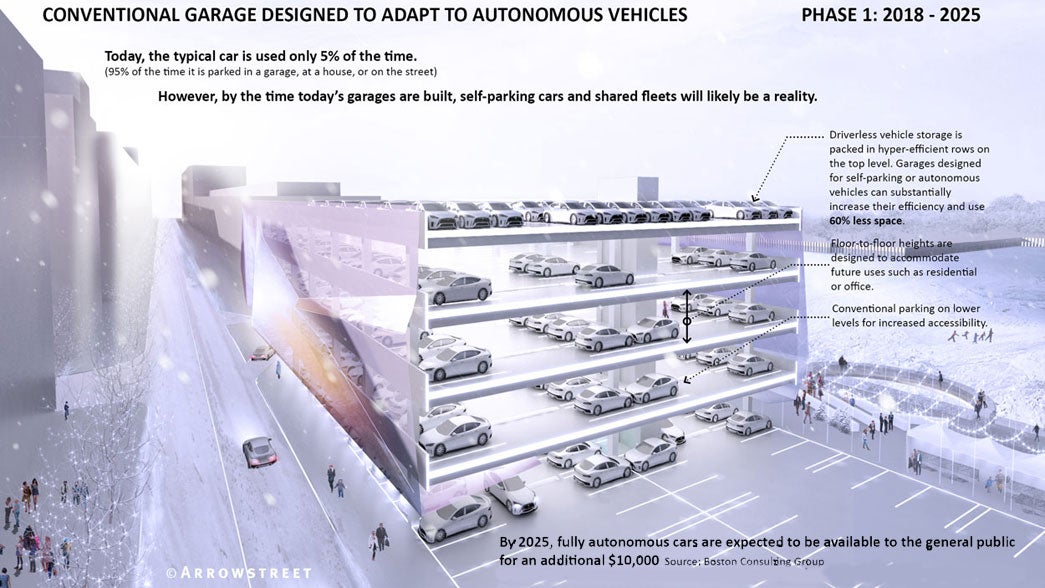 Korte points out that so much parking space is necessary today because a car spends 95 percent of its time parked in a garage, on a street or at a house.

As self-driving cars increase their presence in the market, Korte also believes that they will change the way people think about car ownership. Public sharing services like Zipcar may become more popular, allowing cars to be used more efficiently, and parking structures could face extinction.

“Ten to fifteen years from now the need for a garage as a building type will be eliminated,’’ said Korte.

Instead of being parked in a garage, the theory goes, a fleet of self-driving vehicles will cater to passenger after passenger, summoned by a smartphone or other handheld device.

Arrowstreet expects the demand for parking will decline by 5.7 billion square meters by 2035. The end of parking needs could allow businesses or residential facilities to repurpose former parking spaces to recreational areas.

Such a transformation would be a boon to real estate developers, who currently include hundreds of parking spaces in large residential towers, and often face pushback from neighbors worried about increased traffic congestion. 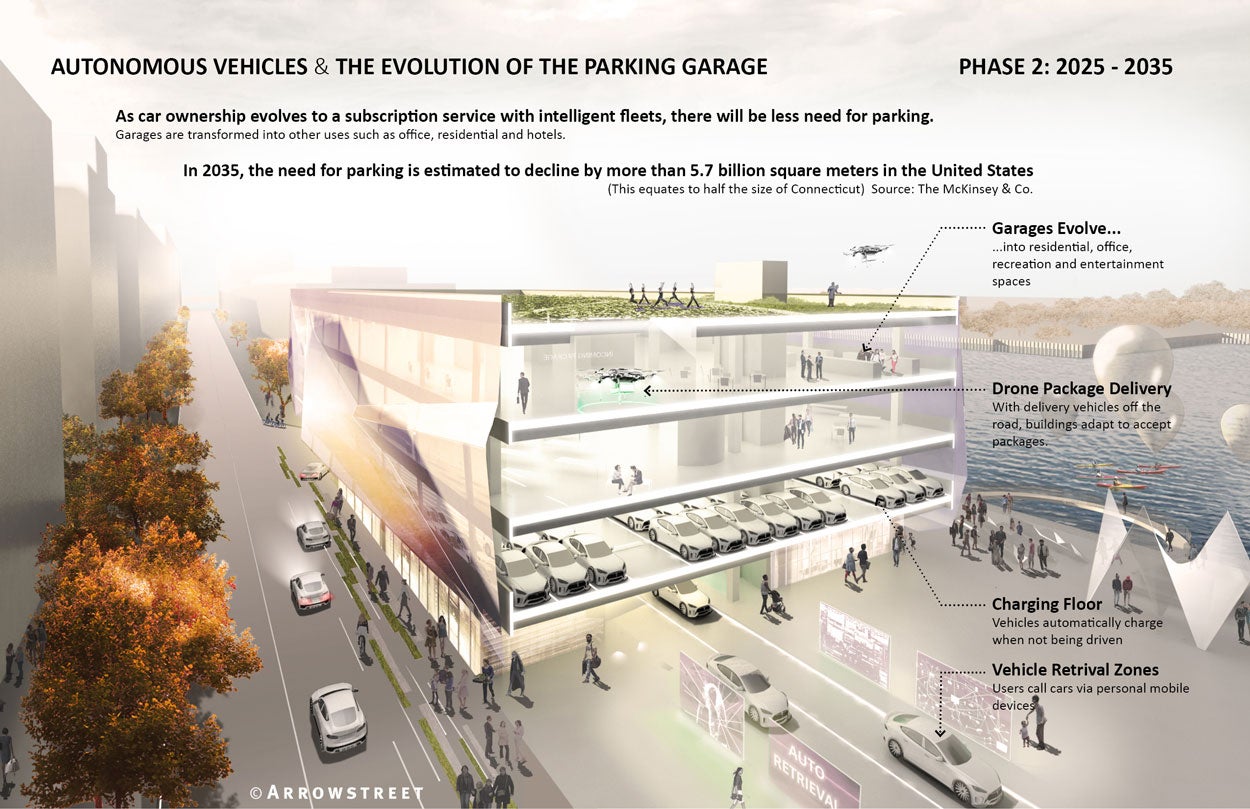 Korte says Arrowstreet is already addressing requests from clients who have proposals that include planning for driverless cars. She also points out that Assembly Row in Somerville is already planning to build a garage specifically geared for self-parking cars. Audi’s Urban Future Initiative will use the facility as a testing platform for its own self-driving vehicles.

Once self-driving vehicles arrive, she anticipates building occupants will enjoy being dropped off and allowing their car to park itself or perform another task.

“In many instances, people would much rather be dropped off at their destination than having to park their car,’’ said Korte. “It’s easier for them when their ride can either park itself in a garage or heads off to pick other passengers.’’

Until autonomous cars arrive, she hopes the architectural community is not “held back’’ by current perceptions of how much parking is needed.

“My hope is that we (architects, planners, cities and developers) will continue to test and use these technologies to adjust the traditional metrics our buildings are typically designed to meet,’’ she said.

How can I keep my little-used car’s battery from draining?