That was a recurring message as high tech and design representatives from the worlds of art, education, and automotive manufacturing assembled at MIT’s Media Lab on May 26.

The event was the 6th annual New England Motor Press Association-MIT Technology Conference, an event that’s been facilitated by MIT’s Paul Parravano, co-director of the university’s office of government and community relations.

Parravano, who is blind, says, “This is an ongoing program, and it’s going to stay at MIT until I can walk out of here one day and drive a car home.’’

The thread that has run through the event since year one has been the move toward autonomous driving. This conference was among the first national events to bring together representatives from multiple disciplines to examine the progress.

This year’s panelists came at the topic with humor, style, foresight, and marketing considerations.

“We now know that almost anything we can imagine is possible … Uber is changing the way we use cars … $430 per month is an auto payment plateau. Therefore we now have the 84-month car loan. It’s like mortgaging a car … As technology pushes forward, the consumer pulls back, expressing the need for simplicity in the new systems … A major design need is to make technologies work together seamlessly … As Bill Gates said, ‘We always overestimate the changes coming in the next two years and underestimate the amount of change in the next 10 years’ … It wasn’t all that long ago that all your car could tell you was when a door was ajar.’’ 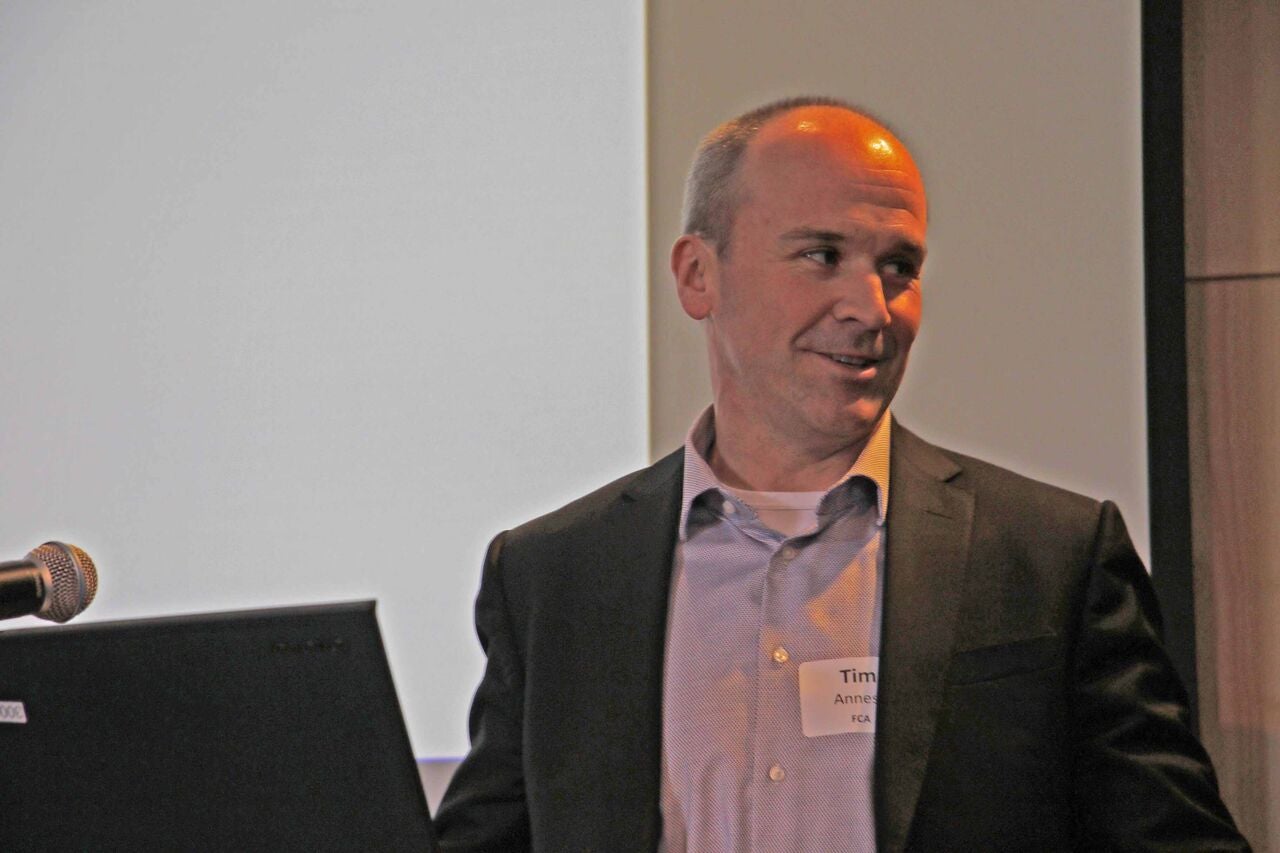 “We wanted to include a 1955 Dodge La Femme, a model designed and marketed for women in 1955 and 1956 in one of our exhibits. When we finally located the right one, it was too big to get into the building … Fashion is using automotive design elements such as 3-D printing and garments with LED lighting … Lauren Bowker, a London designer, creates designs with color-changing dyes that reflect changes in temperature, wind, air quality, and ambient light. One of those dyes was used in wind-tunnel testing by a Formula One team. We tried to get more information on that but it was so proprietary that we couldn’t even get the name of the team.’’

“We’re transitioning from an auto supply company to a technology company, reflecting the software explosion in engineering … There are 24 million lines of [software] code in an F-35 fighter jet but there will be 100 million in coming vehicles … We’re going to see 48-volt and 600-volt systems in automobiles to drive the coming technologies … You hear about V2P (vehicle to pedestrian), V2I (infrastructure), V2V (vehicle to vehicle) communication. With the cloud and newer, faster sensors, it will be V2E (everything) and to ‘The Cloud’ … Our goal is to put active safety systems in lower cost cars … Meeting the coming 54.5 fleet fuel economy average is going to require more automotive electrification. Trends you’ll see are 48-volt electronics, electric turbochargers, more use of regenerative braking, and so-called mild hybridization … Get used to hearing about the IOT (Internet of Things) and active safety algorithms.’’ 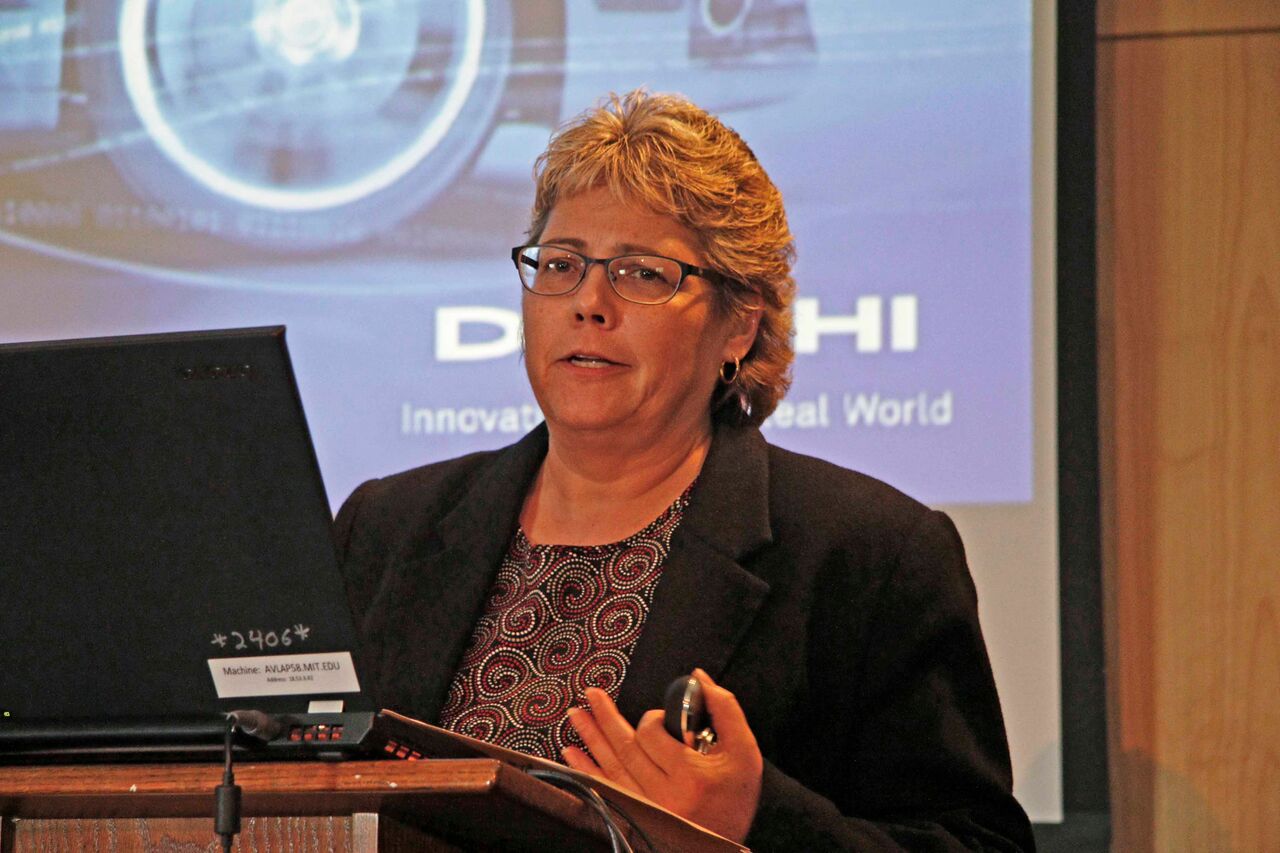 “Kudos to Google for striving to build a Level 4 [no steering wheel]) car … Ten years of development to you or me equals one year to [Tesla’s] Elon Musk … The requirements for the self-driving cars mean creating the intelligence for ‘the social ballet of driving,’ such as a police officer waving you through a red light or stopping you at a green light, two situations that are counterintuitive. Or driving into a blinding sun or weaving through emergency vehicles with flashing lights at night … Most of our driving is routine, but while these events are much less than 1 percent of the task, they are the programming challenges … Our students developed a self-driving program called ‘Duckietown’ in which the object was to keep the rubber duckies driving and walking and biking safely. Each car was built for under $150, and we made all our technology ‘open source’ for the world to see. Kids under five loved controlling the cars, but older kids got impatient because they couldn’t make the cars go faster.’’

“There are more than 30,000 traffic fatalities in the US each year and more than 1,250,000 worldwide. In the US, that averages out to one fatality per one million miles of driving. There are about two crashes per million driving miles in the US each year. That shows people are really good at driving. We go in opposite directions on two-lane roads at 60-70 mph with just a yellow line between us. That means closing speeds of 140 mph … If we’re going to build an autonomous car, we’ll need an A-1 operating system to beat what we as humans have … Our population is aging. Now we have 13 percent of our population older than 65. In 15 years, that figure will be 20 percent. The older we get, the less likely we can drive on our own. Aging is even more pronounced in Japan. They’re already at 20 percent over 65 and heading to 40 percent. 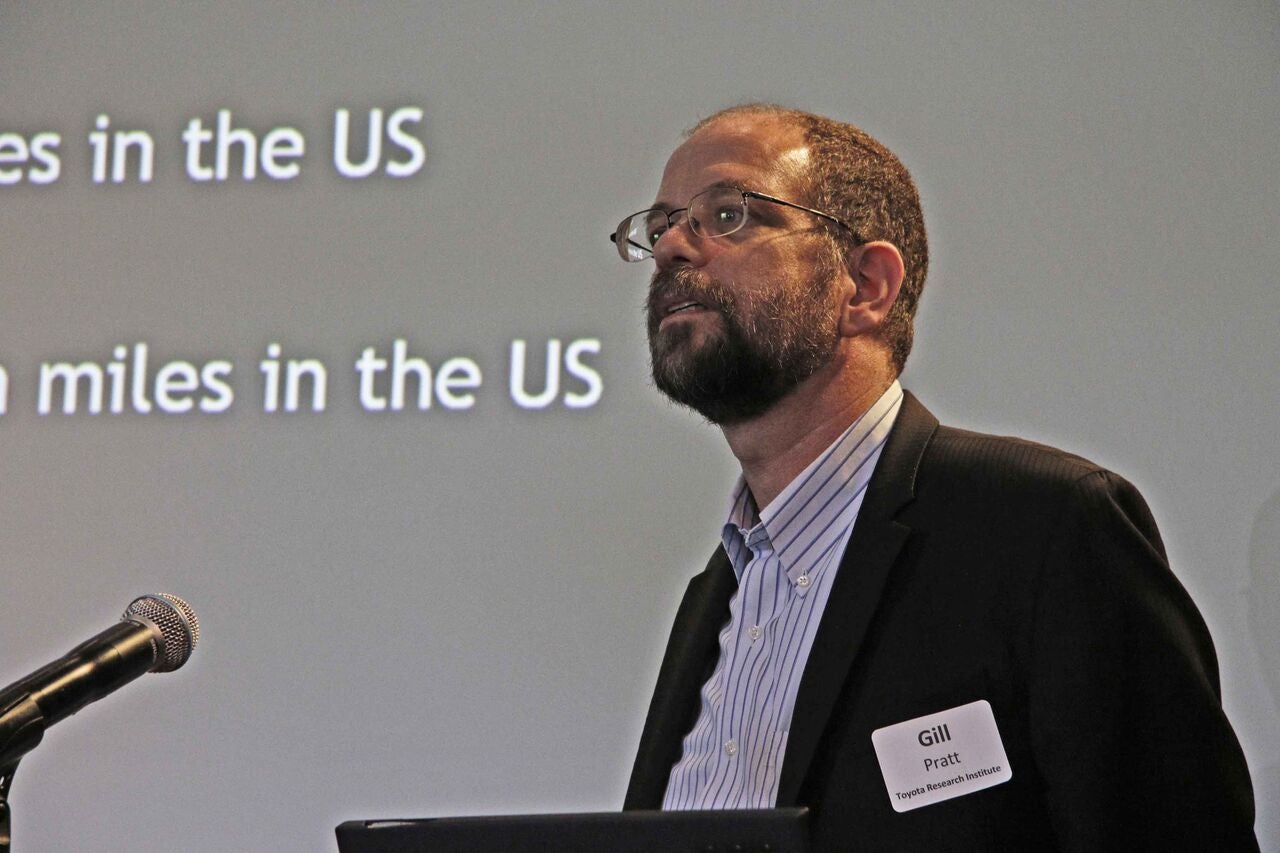 TAKE A NAP: How will the driver use his time when riding in an autonomous car? “A Level 4 system should be so good you can go to sleep while the car does the driving,’’ says Gill Pratt, CEO of Toyota’s Research Institute.

“As far as future vehicles are concerned, we’re looking at two solutions, one I call ‘The Chauffeur,’ which would be the Google car, a Level 4 or 5 self-driving vehicle. You get in and tell the car where you want to go and sit back. It will have to be awfully good. The alternative is what we’re already seeing, the complementary safety systems we’re calling Guardian Angels. You’re still in control as these systems operate in parallel with you and jump in at the last minute. Think of something like ABS on steroids.

“The Chauffeur system is all or nothing for the car. Humans’ driving skills would erode. The car does 100 percent of the work and the manufacturer has the liability. There’s one big question of how or when the human gets an alert to take over or if he even can. And another question is how the driver can use the time in the car. A Level 4 system should be so good you can go to sleep [while the car does the driving]. The Guardian Angel results in more driving pleasure with the system taking over less than 1 percent. Liability remains mostly with the driver. And there’s no big handover problem.’’

5 decades in the making: Why it took Congress so long to act on climate