Across the city today, Bostonians are in voting booths casting their ballots for who they think should be the next mayor of the city. There are currently five candidates campaigning for mayor but once all the votes are counted, only the top two candidates will advance in the race.

Polls have been open since 7 a.m. and will close at 8 p.m. across the city. Boston.com has and will continue to cover the big news of this election as it happens. If you’re looking to learn more about each candidate before the race narrows, you can read the candidate’s policies and politics in their own words as well as ongoing reporting on their campaigns.

Before the votes are cast and winners announced, we asked Boston.com readers who they plan to vote for in the preliminary election. Of the 385 people who responded to the survey, the majority voted for Annissa Essaibi George as their candidate of choice. Readers said they appreciated her “practical yet progressive” politics and her stance on issues like education and policing.

The candidate with the second-highest reader support was Michelle Wu, who was recently polling ahead of her competitors citywide. Readers’ next choices were Andrea Campbell, John Barros, and Kim Janey respectively.

Ahead, you’ll find some responses from readers detailing why they’re supporting their favorite candidate.

Which Boston mayoral candidate will you be voting for?

“The decision isn’t even close. Annissa Essaibi George is rooted in real life, not nice-sounding talking points or academic drivel. I appreciate that she’s owned a small business and hasn’t spent her life in academia or government.” — Eric, South End

“I believe Annissa has the experience in many areas where our city needs help. She’s a business owner and a former teacher.” — Jamie, Neponset

“The only practical yet still progressive candidate.” — Anonymous

“I have been consistently impressed with Michelle Wu for over a decade. She is a smart, hard-working team player who is sensitive to her constituents’ needs and not afraid to make tough good decisions.”  — Todd S., South End

“Because she has the most comprehensive, and inclusive plan for our city.”  — Anonymous

“[Wu] has the smarts, insights, compassion, and experience to make things happen for Boston.” — Anonymous

“Campbell is the real deal — a candidate with a solid record of activism on the City Council. She is firmly committed to addressing the issues of racial and economic inequality in the city, and to reforming the police department.” — Anonymous

“She’s a Boston Native, proud Latin School alumni, and she GETS what our city needs. Better schools to allow the children to EITHER go to college or begin training for a vocational position and wants to address our housing challenges head-on. Andrea all day!” — Richard, Dorchester

“Best candidate, as explained by the Boston Globe endorsement. She’s got her finger on the pulse, is super smart, and can persevere through adversity. Go Andrea!” — Anonymous

“Went to high school with him, remember him as a great guy and true to everything he says. Even if I don’t agree, I know he is acting with honesty, conviction, and a well-thought-out plan. Other candidates have not demonstrated this.” — John M., Charlestown

“Experience/life-long commitment to improving the city, starting with the most needy beginning as a teen.” — Sam A., Dorchester

“I believe Mayor Janey shares my values for what is most needed to be equity, prosperity, and safety to all of Boston’s communities.” — Kyle Gichuru, Dorchester

“Boston is a city with a complex racial history and Kim Janey understands this better than any other candidate given her direct experience with the Boston Busing.” — C., South End 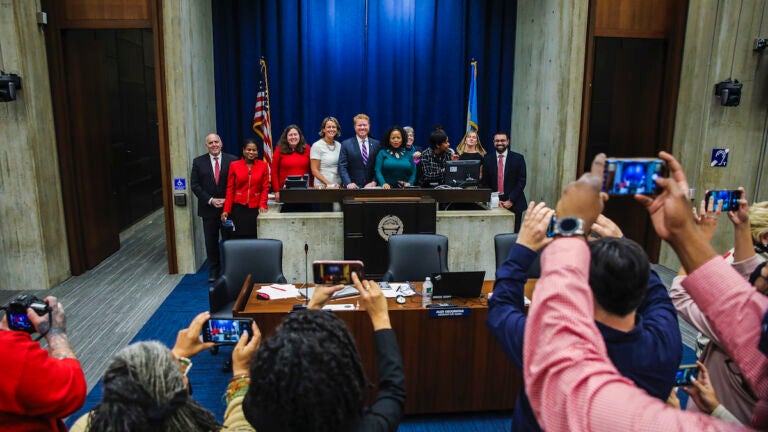