It may have first gained traction in the ’90s, but the espresso martini is, once again, generating some serious buzz.

In June, the New York Times declared that the drink was “everywhere.” Head to TikTok and you’ll find that the hashtag #espressomartini has more than 15.6 million views. Riding the to-go wave, espresso martinis are now available in cans. And did we mention that Boston has more than a few great iterations of the drink?

To be fair, not everyone loves the cocktail. Patrick Smith, bar manager at The Modern in New York City, told Punch that the drink — made with a blend of vodka, coffee liqueur, espresso, and simple syrup — “has a reputation as being a little bit trashy.” But he doesn’t think it deserves that reputation, and neither do we.

So tell us: Where do you get your favorite espresso martini in Boston? Is it at Bricco in the North End, which rims the glass with raw sugar and cocoa? Or Offsuit, a new-ish cocktail bar in the Leather District that has made a name for itself with an ultra-creamy version of the drink? At Sonsie in the Back Bay, the espresso martini uses vanilla vodka — and can be bottled up to go.

Share your favorite place to order the drink in the survey below, or send an e-mail to [email protected], and we’ll put together the ultimate guide to espresso martinis in Boston. 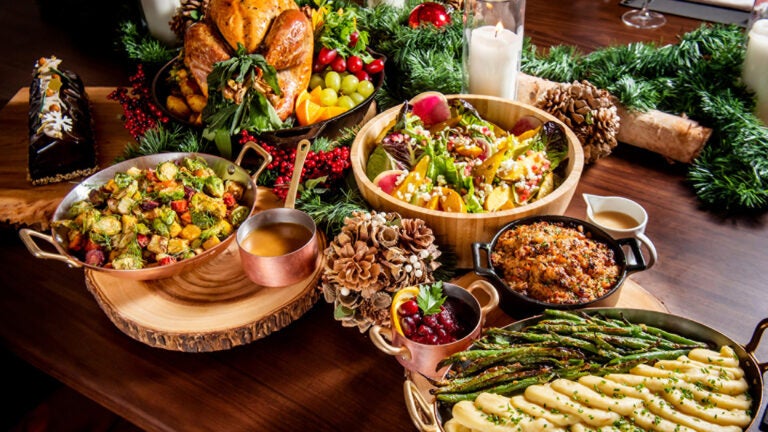 Where to dine in or order takeout for Christmas Day dinner