Harpoon Brewery announced the launch of  Open League, a non-alcoholic, hazy IPA.  The drink tastes just like a beer, hoppy and light, but you will not get a buzz from drinking it.

Harpoon Brewery co-founder and CEO Dan Kenary said that the company listened to consumers and heard demand for a non-alcoholic beer.

“There were folks saying, we love your beer. We love Rec League, in particular. … [Is there] any way you could make an NA that came close to the flavor and experience of drinking a beer like Rec League?” Kenary said. “We spent about a year-and-a-half on the research and development side of it, doing a lot of different test brews. You can make a lot of mediocre NA beers, but we didn’t want to do that. … We finally felt like we nailed it, and we’re happy to introduce it this summer.”

Open League, which has 35 calories per serving, has the taste of “tropical fruit and melon, balanced with a slight biscuit-y note.” The finish is dry and crisp. It is brewed with simcoe, citra, and mosaic hops, and its specialty ingredients include toasted buckwheat, chia seeds, and sea salt. Balance, Kenary said, is important in the creation of a good beer.

“We’ve found, in tasting NAs over the years, that a lot of them can be very bland,” Kenary said. “[They can] leave you with the sense that, I might as well have a non-alcoholic seltzer, cranberry juice, or sports drink. It’s not enough of the good beer flavor that I like. So that was our goal: let’s make this as close to a great beer as we possibly can. Maybe [someone] wants to have a beer in the morning, or they’ve had a bunch of beers and want to stretch their night out. That was kind of our goal.”

Harpoon Brewery is not currently working on additional non-alcoholic beverages, but Kenary said he would not be surprised if that’s in the future.

Open League will be available in markets where Harpoon is sold, according to a press release, beginning this month. Customers can find Open League at a retailer near them using Harpoon’s Beer Finder. It is also available for purchase on the Harpoon e-store. 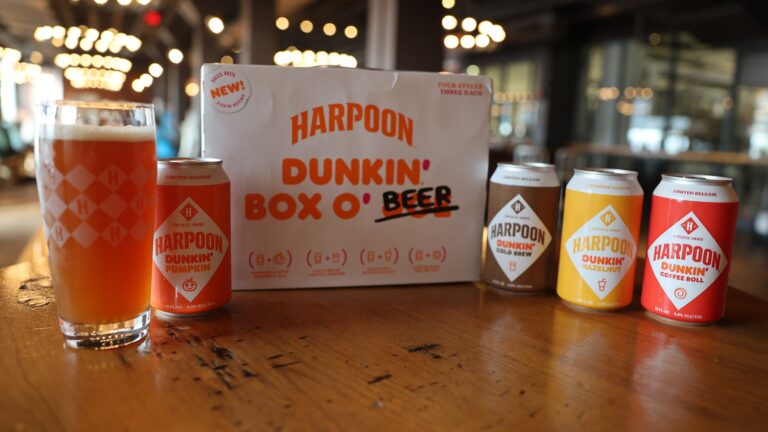