It’s officially spooky season, so it’s only fitting that we bring in our first-ever spooky pick into the mix, with “Dead Flip,” from local author Sara Farizan. In this young adult novel that veers into the macabre, Farizan has crafted the perfect story for the run-up to Halloween.

As it is set in the late 80s and early 90s, the book is thick with nostalgia. Combine the nostalgia and creepiness and you can see why booksellers and readers have most frequently comped the book to the runaway hit TV show, “Stranger Things.” It’s also like “Stranger Things” in at least one other way – you’ll have torn through it before you know it. The plot centers around three former best friends – Cori, Maz, and Sam. When they were 12, they were inseparable. And then Sam mysteriously disappeared. No one ever found out why. Five years go by, and Cori and Maz no longer speak to each other. Until that is, Sam reappears. And is still 12 years old. He needs his friends’ help, because other than the fact that he hasn’t aged in five years, something else is definitely wrong with Sam, and Cori and Maz have to figure out what that is before it’s too late.

The book has been met with much praise. In its starred review, Booklist said that Farizan “nails the uneasiness of shifting adolescent relationships,” and that “a fumbling queer romance and the pitch-perfect October setting create a bittersweet tone that makes this book a great choice for stalwart horror fans and newcomers to the genre.” Publishers Weekly said, “Farizan skillfully blends lighthearted comedy with grotesque horror.” School Library Journal summed things up nicely by saying, “With the 1990s making a cultural comeback, and perennial interest in throwback horror, such as ‘Stranger Things,’ younger teens will dig into this sinister story.” So will those of us whose “younger teen” years are long past.

More importantly than what review outlets think, I can’t stress enough that Sara Farizan is your favorite writer’s favorite writer. Always in demand around the Boston area as a panelist or in conversation author when authors come through on tour, Farizan has spent the past month making the rounds for “Dead Flip.” She’s appeared in events with bestselling authors Karen M. McManus, Jasmine Guillory, and Courtney Summers. On Oct. 4, she’ll be talking shop with another bestselling author, Malinda Lo. Bestselling author Kiersten White has called “Dead Flip” a “terrifyingly fun read” in The New York Times.

“Dead Flip” is Farizan’s fourth YA novel and fifth book overall. Her debut novel, “If You Could Be Mine,” won the Lambda Literary Award and was named one of TIME magazine’s 100 best YA books of all time. Since then, she has published the YA novels “Tell Me Again How a Crush Should Feel” and “Here to Stay,” as well as the kids graphic novel “My Buddy, Killer Croc,” which is set in DC Comics’ Batman universe. That book is something of a dream fulfilled for the Batman superfan. Recently, Farizan talked about her love for Batman on air with WGBH alongside her good friend, fellow Batman superfan, and Boston Globe Love Letters columnist, Meredith Goldstein.

Joining Farizan for this month’s book club talk will be Caleb Seaver, a bookseller from Titcomb’s Bookshop in East Sandwich, Mass. Seaver, a lifelong Cape Cod resident, has worked at Titcomb’s for over a year, though it was his favorite local bookshop growing up. As the store’s old books specialist, Seaver spends a good deal of time cataloging and pricing old, used, and rare books for the shop. In his spare time, Seaver is most succinctly described as a creator, as he creates a myriad of different things as an artist, writer and musician. You can see examples of his art, including printmaking and model making, on his Instagram page and store on his website. He enjoys making things with his hands, or “analog tech” as he describes it, and much of his art is self-taught.

That kind of creative spirit and can-do attitude helps him fit right in at Titcomb’s. Located on Rt. 6A in East Sandwich, the store has been in constant operation in that very location since 1969 and is instantly recognizable for the wrought iron colonial man statue that sits out in front of the shop by the road. Authors also pose with it when they stop by the store. And while many independent retailers claim to be running a family business, the Titcomb’s really live it, as their shop is literally attached to their house. When they moved in in 1969 and opened the retail shop, father Ralph, wife Nancy, and their eight kids ran the shop.

For more than 50 years, Cape residents have been able to count on Titcomb’s to provide their dose of literary love. When current owner Vicky Titcomb took over in 1991, she worked to expand the store’s new book offerings, and now the store does great business with both old and new books, as well as toys, games, puzzles, and cards. And when things got rough in 2020 with the onset of the COVID-19 pandemic, Vicky and her staff knuckled down and got even tougher. The result – as detailed in a Boston Globe article earlier this year – the shop had its best-ever years in 2020 and 2021. Recently, they were rewarded for their faith in their employees and their shop by being named the 2022 New England independent bookstore of the year. It was a fitting award for a fabulous bookshop!

Join Sara and Caleb on Wednesday, October 26 at 6 pm, as they discuss Sara’s amazing novel. 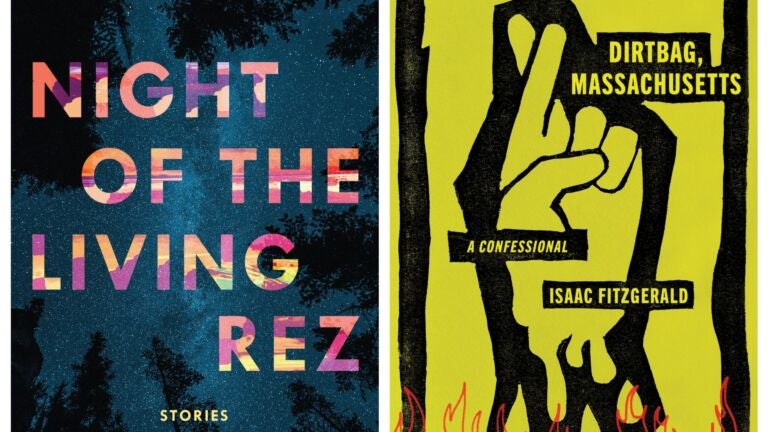