This December, we’re reading our second short story collection of the year, “Night of the Living Rez,” by Morgan Talty. Short stories are a perfect fit for a hectic month, and we’re thrilled to feature Talty’s book. Truthfully, it’s been on our list all year, so it’s great we were able to fit it in just before the year concludes.

Talty grew up as a member of the Penobscot Indian Nation and sets his short stories in “Night of the Living Rez” there. The stories present a true picture of an indigenous people and a culture so often relegated to the margins. The reviews for the collection have approached legendary status. “Night of the Living Rez” earned praise before publication or shortly thereafter from The New York Times, TIME, The Boston Globe, The Wall St. Journal, Esquire, NPR, Oprah Daily, Shondaland, Buzzfeed, Vulture, LitHub, and many, many more. The book received three starred reviews and was both an Indies Introduce and Indie Next pick.

Back in September, Boston.com published a Q&A with Talty, as well as an excerpt from the book. If you read through that Q&A, it’s easy to understand why this book has become so successful. He has an easy-going and endearing charm about him, and yet he’s also very thoughtful and introspective. Talty is a professor at the University of Maine, Orono, and has recently been a traveling writer at the University of Maine, Farmington. He is also on the faculty at the Stonecoast MFA program and the Institute of American Indian Arts. And if that wasn’t enough to keep him busy, he’s also a prose editor for The Massachusetts Review. Despite that full schedule, he’s also willing to carve out time to help other writers improve their craft.

Add all that up and it’s not hard to see why Talty has become so quickly beloved in bookseller circles, and why we voted “Night of the Living Rez” the 2022 New England Book Award winner for fiction. It was the first book of short stories to win the Fiction award since the New England Independent Booksellers Association (NEIBA) started giving awards to specific titles in 2010.

Joining Talty for our live conversation will be Gibran Graham, owner and operator of The Briar Patch bookshop in Bangor, Maine, which is not too far from the Penobscot Nation. For 30 years, The Briar Patch has been a fixture in downtown Bangor. For much of its tenure, the shop has focused on children’s and young adult books, but under Graham, who purchased the store in 2017 after working there for six years under the previous owner, they have added a more robust selection of adult books, games, and more.

While the store is certainly a fixture in the Bangor community, so is Graham. He was a Bangor city councilor for two terms, from 2013-2019, and has worked tirelessly with business groups like The Downtown Bangor Partnership to foster small business connections in the city. He’s also served on NEIBA’s Advisory Council and currently serves on the American Booksellers Association’s Booksellers Advisory Council. Outside of work, he’s begun to engage his thespian side. Earlier this fall, he performed in “Shuddersome: Tales of Poe” with the Ten Bucks Theatre Company, and this month he’ll be performing in “Peter and the Starcatcher” with the Penobscot Theatre Company. It’s a great outlet for Graham’s boisterous personality and booming voice.

Buy “Night of the Living Rez” from: Bookshop   |   The Briar Patch 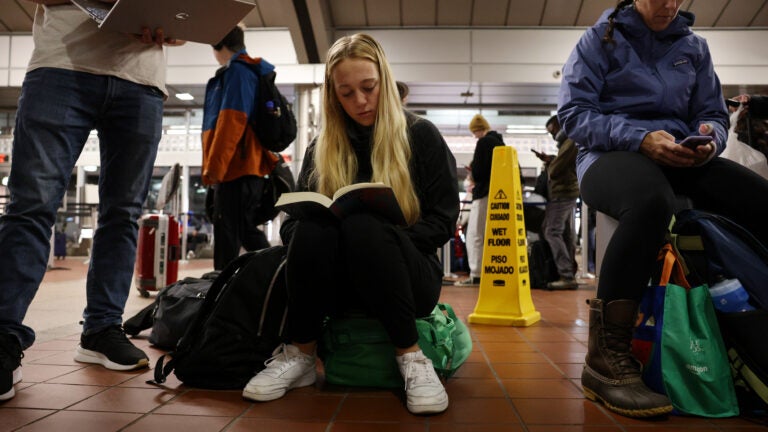 These are the 20 best books of 2022, according to local experts