November is a big month for sports around here. The Bruins, Celtics, and Patriots are in full swing in their seasons, and the Hot Stove offseason gets underway for the Red Sox. Toss in a dash of Thanksgiving high school football and both college hockey and the Boston Pride getting their seasons started, and there’s a lot going on! As such, it seems only fitting that we picked a sports book for this month, and with “This Is Our City” by Tony Massarotti, that’s exactly what we’ve done. And as a special treat, this month’s discussion will be live and in person.

If you’re not familiar with Massarotti, or “Mazz” as he is known colloquially, you may have been taking great pains to not pay attention to Boston sports. There are few sports reporters or personalities in the region who have been as omnipresent. A Waltham native and Tufts University graduate, Massarotti has been on the Boston sports beat since the late ‘80s, getting his start with the Boston Herald in 1989. He was the Red Sox beat writer for the Herald from 1994 to 2008 and then worked with the Boston Globe for a short time afterward for radio.

As the co-host of the “Felger and Mazz” show with 98.5 The Sports Hub, he has really left his imprint on sports coverage across the region. The show has spent the last decade straight as the No. 1 radio program across New England and still maintains millions of listeners every day from 2 to 6 p.m. This baseball season, he even rounded out the trifecta of regular sports media gigs (print, radio, TV) with a job as an analyst for NESN during Red Sox games, something he did for 40 games.

Massarotti has boiled all of that experience sports watching in this region into “This Is Our City,” whose official subtitle is “Four Teams, Twelve Championships, and How Boston Became the Most Dominant Sports City in the World.” The book covers the last 20 years of greatness in Boston sports, when each of the four major men’s pro sports teams won at least one championship, and in the case of the Patriots, six. While some of these moments will never leave the consciousness of a true Boston sports fan – “The Steal,” “Anything Is Possible,” Malcolm Butler’s interception, to name a few – there are plenty more that readers will be thrilled to re-live here in these pages. As former Celtics player and general manager Danny Ainge put it, Massarotti is “a guy who saw it all.”

To really celebrate this great accounting of these 20 marvelous years of Boston sports in style, we are going to be hosting our first in-person event. Up until now, all of our events have been virtual, but this one will be held live at the Capital One Café in Boston’s Seaport neighborhood. Located at 57 Seaport Blvd., just a couple of blocks from the Children’s Museum, the café is a new initiative from Capital One to promote their belief that financial well-being is better with everyday well-being.

Joining Massarotti for this special live conversation will be Boston.com sports reporter Khari Thompson. Born and raised in Jamaica Plain, Thompson came of age with the 2001 Patriots and 2004 Red Sox and said he “grew up wanting to be David Ortiz.” Given that the book’s title is taken from Ortiz’s famous post-Marathon bombing speech, that alone makes Thompson a fitting choice to be joining Massarotti in conversation for this event. After graduating from Hampton University in 2017, Thompson worked for The Commercial Appeal, one of Memphis’ largest newspapers, and The Clarion-Ledger in Jackson, Miss., where he covered Deion Sanders’ much-hyped foray into coaching at Jackson State University. Now, Thompson — who is also a graduate of The Sports Journalism Institute — is back home and covering sports here.

Boston.com is giving away free copies of “This Is Our City” to every attendee. Register here to join us in the Seaport on Thursday, Nov. 17 at 7 p.m. to hear Tony and Khari talk about this great book and reminisce about the last 20 years of Boston sports.

Buy “This Is Our City” from Bookshop 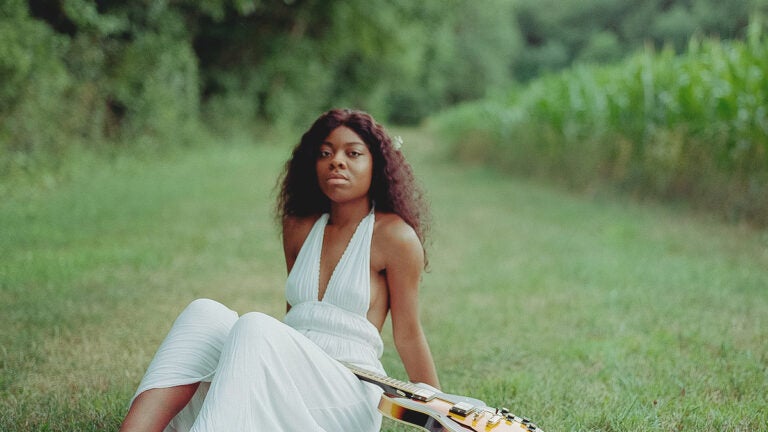