The Boston.com Book Club has climbed the mountain, and in September it will arrive at the summit – the Globe Summit, that is. The second annual Globe Summit will be held from Sept. 14-16, and our next virtual event will be one of the featured events.

Last year, the first summit reached more than 14,000 attendees across 30 virtually-streamed sessions. The event’s aim is to reach past the daily focus of a newspaper to larger issues and engage with standout leaders and thinkers from the region to talk about issues both local and national.

For such a special occasion, we had to line up two very special authors – Dr. Ibram X. Kendi and Dr. Emily Oster. The two New York Times bestselling authors, who are also both college professors, will be discussing the economic ramifications of racism on today’s youth, and how parents and caregivers can raise children to be antiracist thinkers and social justice advocates.

This is a talk perfect for the theme of this year’s summit, which is “The Next Boston,” because the next Boston will be led and populated by today’s children. For this discussion, we’ll be breaking from our typical format of a bookseller host. The discussion will be moderated by Globe journalist Kara Baskin, who writes frequently on parenting for the Globe, and is no stranger to these types of discussions.

Given his myriad accomplishments, jobs, and books written, it’s hard to succinctly summarize exactly who Dr. Kendi is. Let’s start with this – he is one of the country’s foremost historians and leading antiracist scholars. He is the founding director of the Center for Antiracist Research at Boston University, which has joined forces with the Boston Globe Opinion page to reimagine The Emancipator, the first antislavery newspaper in the country.

Kendi is the recipient of both a Guggenheim and MacArthur Fellowship (the latter of which is more commonly referred to as a “Genius Grant”), and is a National Book Award winner. He’s written or contributed to The Atlantic, CBS News, The New York Times, Washington Post, Time, CNN, ABC, NPR, PBS, and many, many, many more. Simply, Dr. Kendi is everywhere.

His books are as well. His two latest, which were published on June 14, were the seventh and eighth that he wrote, co-wrote, or edited – a picture book entitled “Goodnight, Racism,” and the second in his how-to series, “How to Raise an Antiracist.”

It’s the latter that will be the focus this month. A New York Times bestseller, the book combines his already accessible work from “How To Be An Antiracist,” and his personal desire to teach children, which was front of mind for him as he was expecting the birth of his first child.

Family has also been the focus of Oster’s books. In fact, her three books – “Expecting Better,” “Cribsheet,” and “The Family Firm” – are referred to as the “Parentdata” series. It’s that last book, “The Family Firm,” which came out in paperback in early August, that will be our focus at the summit. Also a New York Times bestseller, the book emphasizes that parents don’t have to feel pressure to consistently make the correct decisions for their children, but that they should always have a strong process for making them.

Oster, who is an economist and professor at Brown University, also writes a frequent newsletter with the same Parentdata title. All of her work, in her newsletter and in her books, focuses on health statistics and statistical methods, and on trying to determine the causal effects from observational data. In the past, Oster has also taught at the University of Chicago, and her work has appeared in The New York Times, The Wall Street Journal, The Washington Post, The Atlantic, Bloomberg, and more than 20 academic publications.

Helping steer their discussion will be Baskin, who has written most prominently for The Boston Globe and McSweeney’s, but also The New York Times, Time, Washington Post, Boston Magazine, Bon Appetit, New York Magazine, The New Republic, and ELLE, among many others. She serves as a contributing editor for Boston Magazine, and also recently signed a deal for a new book, entitled, “Generation Yes: The Modern Woman’s Field Guide to Liberation in Midlife.” She’s also the co-author of “Size Matters: The Hard Facts About the Male Anatomy That Every Woman Should Know.”

The three will be talking at noon on Friday, Sept. 16. Head here to RSVP for the discussion.

Buy “How to Raise An Antiracist” from Bookshop

Buy “The Family Firm” from Bookshop 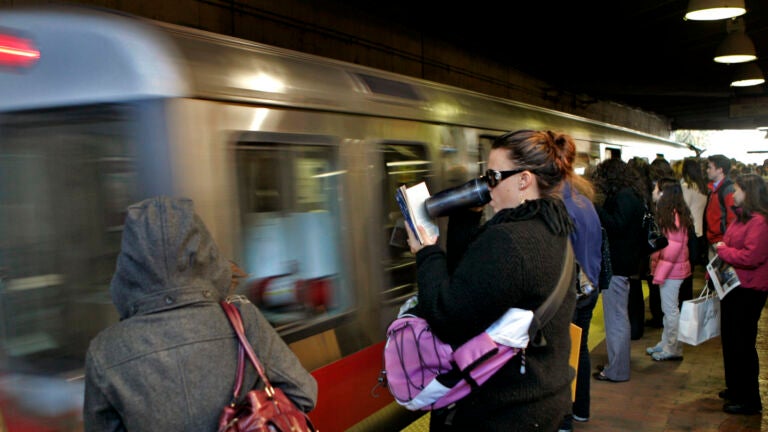 27 books you should read this fall, according to local experts