For Caleb Seaver, the head of the old books department at Titcomb’s Bookshop in East Sandwich, bookstores feel like an extension of home.

“They’re a vital space because there’s nothing else out there like it,” the bookseller said. “There are [few] other community spaces where you can gather and have focused literature events or different programs like game nights or movie nights.”

Titcomb’s Bookshop is a family-owned independent bookstore that’s been serving the Cape Cod community for over 50 years. Growing up, Seaver was one of the many customers who spend hours browsing their stacks and attending special events. College took him away from the Cape, but when he returned from Boston and saw the shop was hiring, he knew it would be the right fit.

“It was always my favorite bookshop growing up. I remember going there for midnight releases of books, and going to events and talks over the years,” Seaver said. “It’s a really special place that’s always been part of my heart.”

Seaver wears several hats at Titcomb’s working with the store’s old books and as a frontline bookseller. The most important part of the job is making sure customers leave the store with a book that will keep them coming back for more. To make the right book recommendations, he and his colleagues make it a point to develop relationships with longtime customers and engage in real conversations with newcomers. Seaver said sellers learn a lot from their customers, too.

“We’re really listening to customers and hearing what they’re saying. People know what they like to read,” he said. “I even love getting recommendations from them.”

Sometimes a suggestion will come about once he learns a person’s favorite author or a new genre they’d like to explore. This time of year, Seaver finds himself suggesting more reads in what he calls the “​​odd, creepy, horror, and fall” genre. For readers who want to tailor their reading lists to the Halloween season, Seaver recommends the “Area X” series by Jeff VanderMeer, “Our Wives Under the Sea” by Julia Armfield, and “The Swallowed Man” by Edward Carey.

High up on his list is this month’s Book Club pick, “Dead Flip” by Sara Farizan. The novel follows a group of teens who have to unravel a mystery when their formerly missing friend reappears, still the same age he was when he disappeared five years prior.

“This one fits the bill. It’s got that perfect oozy spooky mystery, Halloween feel to it,” Seaver said, adding that he loves the books because it doesn’t fit neatly into any one genre. “I thought it was funny. I thought it was it was meaningful. It was exciting. There were twists and turns that I didn’t expect.”

The novel is set in the late 1980s and early 90s, and Seaver said the book touched on his nostalgia for that time in his life.

“It’s very much a love letter to the 80s and 90s. I’m a product of the 90s so I grew up with a lot of these things and it just has this wonderful sense of nostalgia that immerses you in the world and makes you feel like you’re along for the ride with these kids,” he said.

“Dead Flip” was right up Seaver’s alley because it hits on a lot of the themes he seeks out when reading for pleasure. He typically reads “science fiction, fantasy, and anything with queer elements to it,” as well as young adult fiction and graphic novels.

Seaver will speak with Farizan about her novel in a virtual discussion on Wednesday, Oct. 26 at 6 p.m. Conversations like this one, which highlight new and interesting literature, are made possible because of independent bookshops like Titcomb’s.

“Along with libraries, we’re allowing people free (to an extent) and open access to information, which is vitally important,” he said. “That kind of unique experience really matters to the public.”

Join Sara and Caleb on Wednesday, October 26 at 6 pm, as they discuss Sara’s new novel. 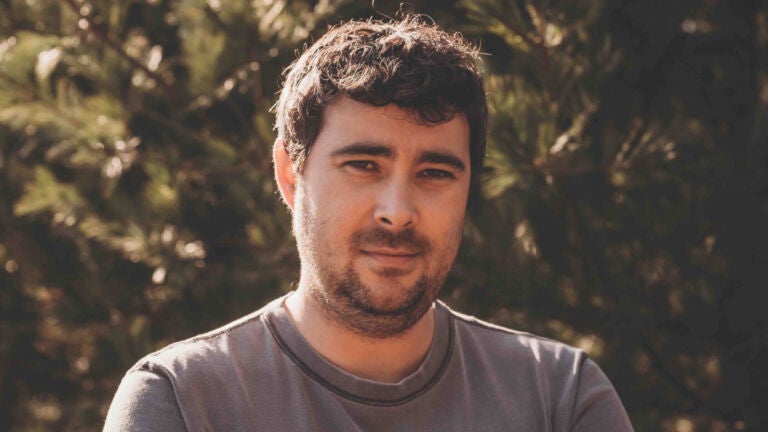 Q&A: Morgan Talty on his book ‘Night of the Living Rez’