At first glance, a quaint working-class neighborhood in Niagara Falls, New York looked nothing short of idyllic. The streets were lined with modest ranch-style homes, there was a desirable public housing complex designed for families, and a school situated in the middle. But there was something unsavory running beneath its surface that made the neighborhood the site of one of the great environmental crises of the 20th century.

The Love Canal was a waterway dug in the late 1800s intended to serve as a connection between the up river and down river sides of Niagara Falls. It was never completed and eventually became a chemical dump site in the 1940s and 1950s before the land was sold to the Board of Education, and later private developers, where residential homes and schools were built.

And that’s where we see the story start in award-winning journalist and author Keith O’Brien’s latest book, “Paradise Falls.” Based on true events, the book follows the group of mothers that were the driving force in drawing attention to the health problems arising in the area.

Moderated by Water Street Bookstore’s Stefanie Kiper Schmidt, the Boston.com Book Club hosted a recent discussion with O’Brien that covered the real-life events that inspired him, the “emotional heart” of the book, his advice for sparking meaningful change, and more. Ahead, read our takeaways from the discussion and watch the full recording below.

Lois Gibbs became an activist by accident. When the Love Canal issues began to arise in the late 1970s, she was a 26-year-old mother of two who barely graduated from high school, always self-conscious about her education and never the first to speak out. But once her 5-year-old son began experiencing seizures after starting kindergarten at the local school, she led the charge for change — connecting the dots between her son’s condition and the small news articles that began popping up about possible chemical contamination in the area. She makes a modest request to shut down the school until they can learn more, it’s denied at first, but eventually evolves into a full-blown evacuation order. Gibbs was responsible for drawing media attention to the issues with how she organized and galvanized fellow residents to make meaningful change. She’s still active today and has spent 40 years working in environmental justice.

This mother of three had one of her sons pass away from a mysterious illness. After an early interview with Kenny, O’Brien said he recognized the importance of her personal story, which wasn’t one of the experiences getting much press at the time of the crisis. He visited her home and sifted through the hundreds of documents she kept from the time. “It was really in Luella’s dining room in her home in western New York going through these medical records that I realized I was going to be able to bring this whole time in her family back to life on the page,” said the author. “That’s when I sort of felt in my core that Luella and John Allen and his struggle and his fight here will really be the emotional heart of this story.”

A lot of thought went into the title.

“I didn’t want to call the book Love Canal or even really have it in its name,” said the author. “I knew from the outset that I really wanted to do something here that was more than just the headlines that people remember. And I think if you do remember it, you think about the headlines of the disaster…I wanted to capture it as it really played out, which was this place that people wanted to live and then having it all fall apart.” Evocative of suburban paradise, this title acts as a double entendre—referencing the waterfall and the “falling” of this idyllic neighborhood.

The author feels that the way the problems in the neighborhood came about — prompted by not just one, but a litany of poor decisions by multiple parties — is a similar pattern to how issues arise today. And the fact that it took a concerted effort by ordinary people to force change is powerful and relevant to modern strategies for making a difference.

The Love Canal neighborhood had residents that both owned and rented their homes. Some occupied the modest ranch-style houses and others lived in a townhome-style public housing development called Griffin Manor. “The folks in Griffin manor and the homeowners failed to come together primarily for two reasons,” said O’Brien. “Certainly the crisis at Love Canal…the other was just a failure to understand the situation.” The homeowners were worried about the investment they made in their properties and couldn’t understand why those in Griffin Manor couldn’t just leave, and other didn’t want to leave their homes at all—the author notes that “everyone was arguing with everybody.”

Research on the health problems that originated from streams carrying toxic waste was initially dismissed as “useless housewife data.”

The three main individuals in the story resided in the area and worked with local medical researcher (and fellow mother) Beverly Pagan to expose the risks of the Love Canal. Pagan found the health risks extend much further than officials stated at the time, so she brought her findings to the State Department of Health in a private meeting. Despite the meeting going over rather benignly, articles where officials rejected her data plastered newspapers the following day—dismissing her findings as “useless housewife data.” As her findings began to gain traction, she wore a badge that read “expert on useless housewife data” during later meetings.

The author believes the Love Canal incident was so politically contentious because it was unprecedented.

“A chemical landfill buried in a neighborhood…it’s unprecedented and it was going to be quite costly,” said O’Brien. “No one knew where to draw the line — what level of risk is acceptable and where do you draw the line? And by the way, those questions…are what health officials and environmentalists and residents of far too many communities, are still wrestling with today. When it comes to issues of chemical contamination in particular, there’s no direct line of causality.”

O’Brien believes meaningful change for issues like the Love Canal is usually sparked from the ground up.

Attending marches and protests as well as lobbying and activism through traditional political channels is the tried-and-true, grassroots method to create change. “What I take away for the story and the protagonists at the heart of my books is the only way to change anything is with persistence and resistance, again and again,” O’Brien said. 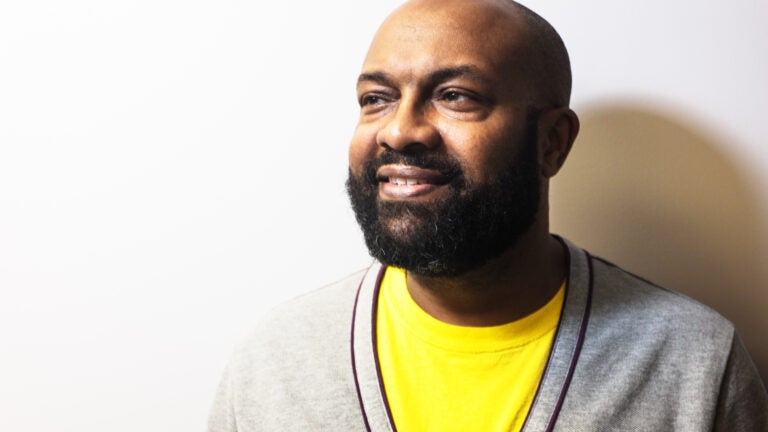 8 takeaways from the 'Yonder' discussion with author Jabari Asim