In our “Why I’m Running” series, Boston Marathon runners share what’s inspiring them to make the 26.2-mile trek from Hopkinton to Boston. If you’re running the marathon, you can share your story here.

I am running the Boston Marathon this October in support of Mass General Hospital’s Lurie Center for Autism as well as Massachusetts Fallen Heroes.

So why am I running for these two incredible organizations? In 2018, a teacher in our son George’s pre-school class flagged what she observed to be delayed developmental milestones. We spoke with our pediatrician and friends of ours whose son was recently diagnosed with autism spectrum disorder (ASD) and decided to have him evaluated.

After we met with the amazing doctors at the Lurie Center, they diagnosed George with ASD in September 2018, just before his fourth birthday. Since then, because of the Lurie Center, we have seen progress we didn’t think was possible when we received that life-changing news.

Fast forward to this year: When I threw my name into the ring as a runner for Lurie, we searched all around for a bib but to no avail. We were then put in contact with Dan Magoon, executive director of Massachusetts Fallen Heroes. It turns out MFH had an extra bib that had not been placed with a runner.

When we asked Dan if he would be kind enough to let us use this one, he didn’t hesitate and graciously transferred it to us. He did not even ask for a donation.

If you would like to donate more to MFH directly, please do! We view this as an enormous “win-win” for both organizations!

Editor’s note: This entry may have been lightly edited for clarity or grammar. 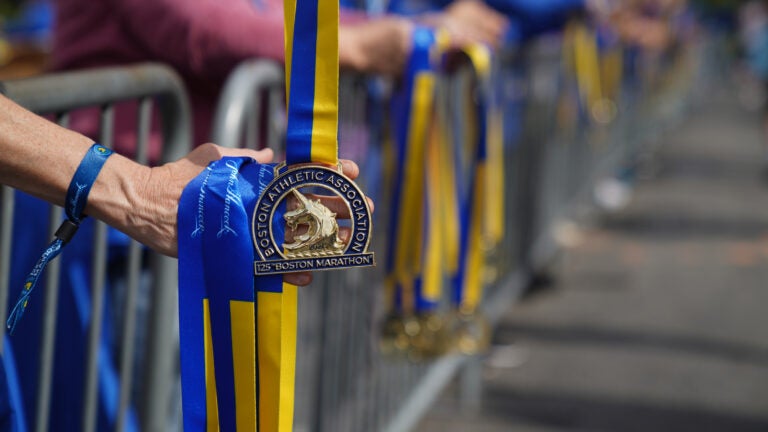 What you need to know about the next Boston Marathon