For the people running on Marathon Monday, the race has been months and sometimes years in the making. The amount of work that goes into qualifying and preparing for the Boston Marathon can be hard on both the body and mind but crossing the finish line in Boylston Street today will make that process worth it.

Joslyn Richards, a Connecticut native who’s running the 125th Boston Marathon on Monday, has gone through the training process with an audience of more than 112,000 on TikTok. Richards has been running her TikTok account since 2019 when she was training for the New York City Marathon. Since then, she’s amassed thousands of followers who watch as she documents her daily runs.

Richards began training for the marathon over the summer and has shared her running regime as well as the tips and tricks that keep her going with her followers.

Part of Richards’ running philosophy is to run every day — even when she doesn’t want to. Her training for the marathon included long, slow runs, speed runs, and even runs through the rain.

“I run in the cold, rain, snow, wind … whatever the weather condition might be,” Richards told the Norwich Bulletin in 2018. “When I say high mileage, I mean I run 95-plus miles a week. Actually this time I averaged 100-plus a week. It’s not always easy. Actually, I don’t think it’s ever easy.”

While she’s not shy about sharing her most strenuous runs, Richards also reminds her followers that a careful approach to running is always the best one especially when training for a marathon.

“Don’t forget that your easy miles are really important miles too,” she said in one video.

On Sunday, Richards went for one last run before completing the race on Monday afternoon, and thanked her followers for supporting her training journey.

“Right now I am excited, I am nervous, I’m scared. There are so many emotions going on in my brain this morning,” she said to the camera as she completed her final two-mile “shake-out” run ahead of the big race.

To see how the race is going for competitors like Richards and those cheering them on along the course, follow along with Boston.com’s coverage. 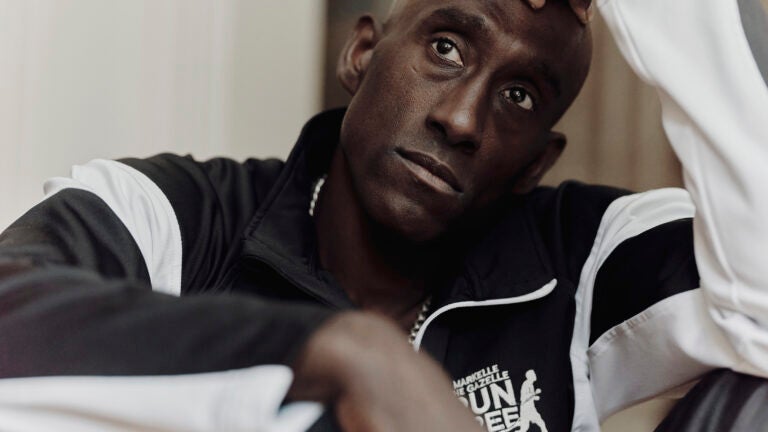