In our “Why I’m Running” series, Boston Marathon runners share what’s inspiring them to make the 26.2-mile trek from Hopkinton to Boston. If you’re running the marathon, you can share your story here.

In 1988, I was stationed at Fort Bragg military base in North Carolina when a freak bungee cord accident lacerated my right eye. Initially, my doctors thought my vision would stabilize, but, years later, I found myself going through seven pairs of glasses in 10 months. My vision went from 20/30 with a 25% visual field loss to 20/300 and I was eventually declared legally blind in 2010. I was hopeless and didn’t know what to do. Fast forward to 2016 when I found myself at a National Federation of the Blind meeting where I heard a speaker talking about running while tethered to a guide.

She was walking around with a purple shoelace tied into a circle while she spoke. My favorite aunt loved purple, so I took this to be the sign I needed. I started out by walking and then increased to walking and jogging before progressing to running. The feeling of freedom and the ability to just let go of my thoughts and feel like everything is alright keeps me going.

I first learned about The Play Brigade after several friends tagged me in their
Facebook post. They were looking for an athlete with a disability to run the
Boston Marathon – aka the “Holy Grail” of running. I looked them up and
immediately knew this was an organization I could believe in and support. Their mission to make the world of play more inclusive for all is important and speaks to the heart of so many.

We often hear Mahatma Gandhi’s quote “You must be the change you wish to
see in the world.” That’s exactly what the Play Brigade does. They might not be
able to change the whole world for people with differing abilities, but they can make participating in the world more enjoyable and fulfilling. I am excited to run the Boston Marathon and help make a difference for the Play Brigade and the people they serve.

Editor’s note: This entry may have been lightly edited for clarity or grammar. 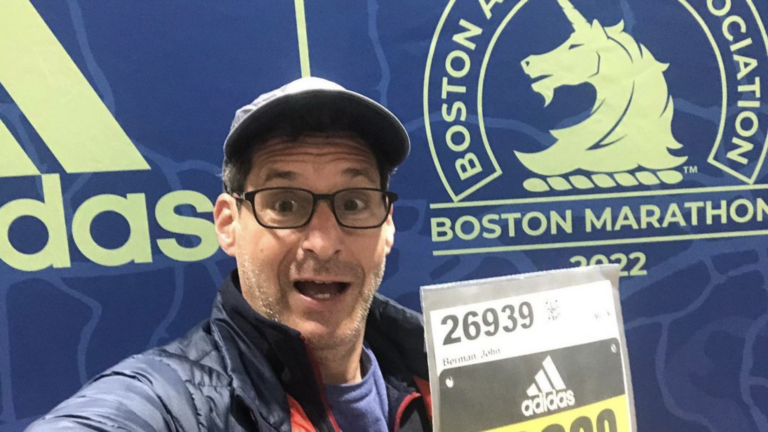