The best way to spread holiday cheer is to give back to those less fortunate than yourself.

To inspire some generosity this holiday season, we asked Boston.com readers how they like to give back to the causes that matter most to them. Readers shared the nonprofits they support including local food banks, animal shelters, Planned Parenthood League of Massachusetts, Doctors Without Borders, and more.

If you want to dedicate some of your time or extra resources to an important cause in your community, this list will give you some ideas of where to lend your help.

Big Brothers Big Sisters is a mentorship program that pairs young people with older community members for learning, fun, and support. If you don’t have the time to commit there are other ways to get involved. You can refer a young person who would benefit from the program and donate to the organization. Big Brothers Big Sisters was also featured in a reader-recommended guide to volunteering in Greater Boston.

“I’ve always thought that volunteering is a two-way street, it’s reciprocal, and that has been evident in this volunteer program. I’ve learned so much from my Little, giving me more perspective and self-awareness,” Aiai R. told Boston.com. “Big Brothers Big Sisters is an incredible program — growing up can be tough and I think there’s real value in mentorship/friendship during these important years/stages of life.”

Catie’s Closet helps low-income students by giving them access to clothes, toiletries, and other basic essentials in their schools. The group started in Dracut and has an office in Boston, where they’ve opened 42 locations in Boston Public Schools. The newest locations in Joseph Lee School, Sarah Greenwood School, Curley School, and Boston Latin Academy will give 3,500 low-income students with easier access to clothing and other necessities. Get involved by volunteering, donating goods, hosting a drive, or shopping their Amazon wishlists.

This nearly 200-year-old nonprofit organization works to provide people living in poverty with housing and economic opportunities. The organization, which is led by former acting Boston mayor Kim Janey, supports a large population of single parents and people of color in the Greater Boston area. Donations to this group help fund coaching and shelter for people in need.

Donate your time and resources to the nation’s first youth-led youth homeless shelter. Y2Y Harvard Square is a shelter for young adults, ages 18 to 24, who are experiencing homelessness. At the shelter, guests will find beds, washers and dryers, showers, clothing and toiletries, and regular meals. The shelter accepts volunteers and donations of money as well as high-need items like blankets, chapstick, and towels.

This holiday season, Boston.com put together a list of GoFundMe campaigns from locals in need of help as well as those raising money to support other vulnerable groups. The list includes a fundraiser for a father of two recovering from an accident at Spaulding Acute Care Rehab, a campaign to gift bikes to underprivileged kids on Cape Cod, and more.

How readers give back to their communities

“I like to donate to people running marathons/races. It supports a friend/family member, and an organization as well. Donating for people running for Dana-Farber, Boston Children’s, etc. for the 2023 Boston Marathon. The training programs are up and running and there is no shortage of funds to raise for runners out there who need to meet the 10K minimum required to be a charity runner.

“I also think it’s always nice to say, “in lieu of a gift, please donate to XX.” For example, I am due with my first baby in April 2023. People ask all the time if we register and I prefer to tell people to give back to [the] Planned Parenthood League of Massachusetts or the national organization to help…abortion care and family planning [for women] who are not as fortunate as my husband and I are to control our reproductive health care.” — Tamara V., Cambridge

“Salvation Army and Toys for Tots. I donate a few bucks to them because I feel they’re legit and trustworthy.” — Mark, West Roxbury

“Beverly Bootstraps. Sometimes a monetary donation, but usually a monthly bag of food to the food bank. I give because I can and should.” — Natalie, Beverly

“Local food bank and local humane society. People are struggling with buying food and animal shelters always need our support, which is why I donate to both.” — Terri, Dracut

“When I was first divorced and struggling, I received Toys for Tots and Society of Saint Vincent de Paul funds to buy presents for my kids. I owe it back. Doctors Without Borders did a wonderful job in Africa with ebola and is present in war zones and poverty-stricken areas. Feed America and local food banks [because] we should help people less well off than we are as much as we are able, and food is important. Salvation Army helps many homeless people with shelter.

“I also donate to local homeless shelters. I was in a women’s homeless shelter once and know that they are really hurting for funds and many homeless people end up outside, even in winter, due to lack of beds. Homeless people need to feel that other people care personally about them by feeling that Christmas is not just for the housed. Christmas gifts go a long way to making you feel like a regular person instead of an object of charity at Christmas.” — Anonymous, Boston

“Animal Rescue League of Boston. I donate money and volunteer time [on the] finance and audit committee for ARL. The organization is so much more than just a rescue! They provide wonderful services to the community, many of which help to keep pets with their families. Pets can be great for mental health and wellness, but they certainly can be costly too. An example of great services is the Spay Waggin’ and Wellness Waggin’ which both provide high-quality, low-cost care for pets that might otherwise not have access to such care. There are so many other programs and services. Definitely check out the Animal Rescue League of Boston!” — Laura L., South End

“I donate money to food banks, animal rescues, and nature groups. I volunteer through Boston Cares. No one should ever go hungry in America. If someone is chronically hungry or food insecure, everything else becomes immeasurably harder. People have to be fed before other problems can be addressed.” — Sara, Dedham 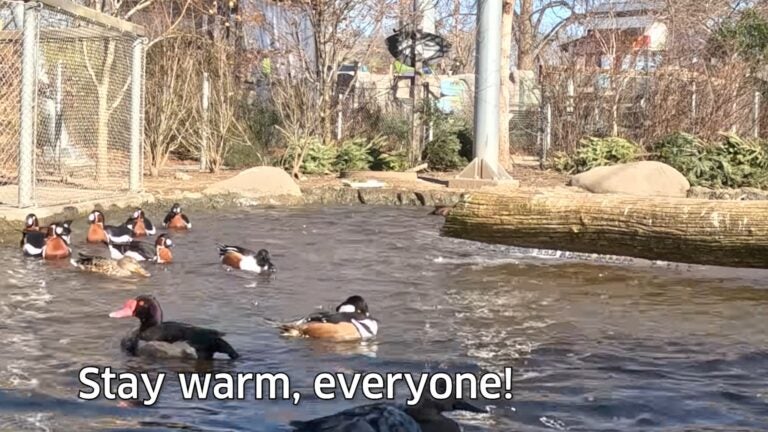