Warmer weather, COVID-19 cases declining, and the return to in-person work make up the perfect recipe to get out of the house and see the world again.

On any walk around Boston, it’s likely you’ll pass a Dunkin’ — there’s one on just about every block — or another local favorite and decide it’s time for a caffeine fix.

But how does a true Bostonian place their coffee order? We asked readers what coffee order they only hear in Boston and of the more than 130 respondents to our survey, a clear trend emerged.

Ahead, we share the top coffee orders by mention and what readers had to say about them.

What readers said about the most Bostonian coffee order

Some responses have been edited for clarity and grammar.

The reigning champ of the Bostonian coffee order is the regular, which to the large majority means a “regular” amount of cream and sugar. However, the consensus doesn’t seem to spread past Massachusetts state lines. Here is what some readers had to say about the classic.

“A regular coffee includes cream and sugar. That is Boston. Friends of mine from elsewhere have come here and ordered a regular coffee expecting black and were surprised by the regular coffee in a Boston coffee shop.” — Paul Z., Pueblo, Colo., and visits Malden every year

“Large regular. Nowhere else do they know what ‘regular’ means – even Dunkin’ in other states.” — Anne C., Norfolk

“​​Regular, which we all know means regular or normal amount of cream and sugar, or extra extra, which is, duh, extra of both cream and sugar. Apparently that’s not a thing everywhere else. I asked for a regular coffee down South and they brought me out a black coffee with nothing in it.” — Mel, Quincy

“I did not realize a ‘regular coffee’ was a Boston/regional thing until I was in my 30s.” — Michelle, who lives in Portland

“Anything from Dunkin’ followed by the word: extra extra. Dunkin’s outside the state have no idea what extra extra is, trust me I’ve tried. The lingo is purely Massachusetts.” — K, Hyde Park

These readers didn’t have the majority in agreement, but they embody Boston in only the way Bostonians can. They could be some inspiration for your next trip to Dunks.

“If you’re from out of town, you might say ‘iced coffee’, but only in Boston do you often hear people ask for an ‘iced Dunks'” — Matt C., Melrose

And last, but not least, an astounding life hack to avoid getting cold hands while drinking iced coffee in the Boston winter.

“Medium hazelnut iced coffee with cream and sugar, and a hot cup to go around it.” — Kelsey, Franklin 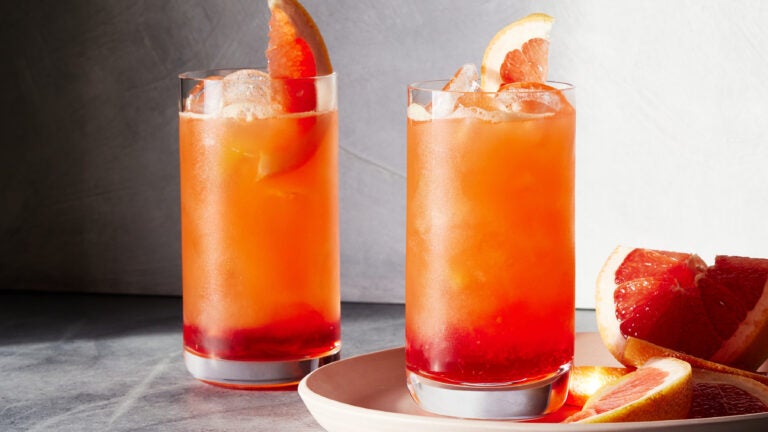