The idea to open a distillery came to Jesse Brenneman and Ian Hunter of Deacon Giles Distillery while they were discussing the possibility of starting their own brewery. Brenneman had worked in alcoholic beverage production for more than a decade and Hunter was skilled in finance, but it was 2007 and New England was already in the midst of the IPA craze. The two realized there was an opportunity to venture into spirits instead.

“I worked in beer for a very long time and as the hobby craze of New England IPAs started taking over, I got a little saturated with that. My natural extension to beer is whiskey, so I start adding whiskey and it was kind of my first foray into alcohol and spirits,” Brenneman told Boston.com.

“Even back then, there were already a lot of breweries,” he said. “So we thought what a fun opportunity and challenge, and also a market space that hadn’t been explored yet with craft spirits just catching on at that point.”

Deacon Giles Distillery, located at 75 Canal St. in Salem, opened in 2015 and has become a neighborhood staple since then. Boston.com recently asked readers to share their favorite small businesses in Greater Boston and a number of readers named Deacon Giles as one of the best distilleries and bars in the area. Readers praised the quality of their products and the connections they’ve made with the community.

“The only distillery on the North Shore, Deacon Giles Distillery offers a truly unique gift option. The distillery, Salem’s first in over 100 years, has a variety of spirits, including Massachusetts’ highest-rated locally made gin, rums, vodka, and (two!) kinds of absinthe,” said Erin T. from Salem. “The variety makes for the perfect gift for friends or family and the price point is a perfect selection for those dreaded ‘Yankee swap’ games at company holiday parties.”

Brenneman said it made perfect sense to open the distillery in Salem. Deacon Giles is the first in the city in more than a century, and is named after one of the last distillers in the town, who was the subject of a prohibition movement attack in the 1830s. Brenneman said Deacon Giles exists to honor the region’s long, but little-known, history of distilling. He and his wife moved to Salem a year before the business opened, and felt at home right away.

“I just really liked Salem,” he said. “It’s a big town, small city feel all at the same time. The community here, as we discovered as we got more comfortable and grew into Salem, is phenomenal.”

In addition to the distillery, where they do regular tours and tastings, Deacon Giles also has a cocktail lounge named the Speakeasy Lab. You’ll find the bar tucked away around the corner from the entrance of the distillery, and once you’re inside, you’ll find “dim lighting and chill, open space.” While patrons are welcome to bring their own food with them, the only thing they’ll find on the menu are quality cocktails.

They aim to keep all their ingredients as fresh as possible and the key to that is “going as local as possible,” said Brenneman. Aside from their own spirits, Deacon Giles uses produce from New England farms no more than 100 miles away and tea from Salem-based Jolie Tea Company. For one of their fall specialties, a frozen mulled cider, they’re using cider from Brooksby Farm in Peabody, chai rum, falernum, and locally-sourced pumpkin.

“Our bar team, the menu’s in their hands. I manage the room so to speak, but I leave it to them to be creative and they work together,” Brenneman said. “There’s no holds barred for any of the bartenders. If they want to play with something new or they read about a new cocktailing technique, everything’s on the table for them to discover and learn and add to our menu.”

Some other fan favorites on the menu include their canned cocktails and their menu standards like the Hemingway daiquiri, an old-fashioned made with their house rum, and the espresso martini, made with espresso roasted in Essex County. The bar just switched over to their winter menu and Brenneman said he’s most excited for customers to try their “rumerac,” a take on a traditional sazerac made with aged rum instead of whiskey.

“The spirits that are created here are awesome! It’s fun to stop in and have a drink…very creative drinks. You could also take a tour of the distillery and buy bottles for people on your Christmas list,” Janis G. from Salem said. “Something fun and different!”

Brenneman said the space he and his colleagues have created is meant to inspire conversation with neighbors, and it’s that community building that keeps people coming back. And while they’re there, they get to enjoy “really great booze,” too.

“I’m not one to really toot my own horn but the alcohols that we make I think are all incredibly excellent,” the distiller said. “We have a lot of regulars who like that factor because they can escape from the busyness of downtown and the buzz of life being on all the time. It’s a low-pressure, easy, friendly place to hang out.” 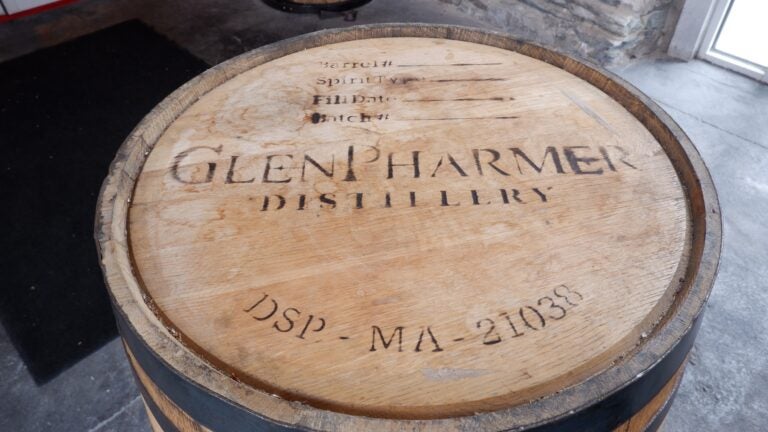