An extraordinary menagerie of life-sized animals contribute to the imaginative beauty of American Repertory Theater‘s production of “Life of Pi,” the story of a boy trapped on a lifeboat with a Royal Bengal tiger. How he learns to survive, find courage, and transcend impossible odds, are the basis for a visually stunning journey.

The play is based on the best-selling novel by Yann Martel, which was also re-envisioned for the screen by director Ang Lee. The stage show, adapted by Lolita Chakrabarti and directed by Max Webster, is an award-winning piece of theater that first premiered in England in 2019 and is making its North American debut at the ART in Cambridge. It will move to Broadway in March 2023.

The story’s stage adaptation follows 16-year-old Pi Patel (Adi Dixit), who lives in the colorful and whimsical world of the Pondicherry Zoo, his home in India. When his family boards a ship to leave the country, they encounter a storm that leaves him stranded on a lifeboat with several animals, represented by life-sized puppets. It is here that Pi must grapple with a powerful challenge: learning to stay alive with a fierce tiger, named Richard Parker, as his companion.

I attended “Life of Pi” on Dec. 14, and found the production to be magical and exuberantly executed, full of emotional performances and moments of insight and wisdom. The final twist at the end of the show leaves the audience with a puzzle to ponder after they’ve left the theater. I talked to six viewers who all enjoyed the show, calling it “thrilling” and “outstanding.” You can find their impressions below, as well as how they felt when the saga ended.

(Warning: This article reveals plot details and spoilers for “Life of Pi.”)

The show is about nature, survival, and the stories we tell ourselves

When the play begins at the Pondicherry Zoo, Pi’s father warns him that even though the animals appear to be confined, he must remember that they are still dangerous. In contrast, when Pi is shipwrecked, these creatures are unleashed, and it is nature that will determine who survives. Also on the lifeboat with Pi are a zebra, a hyena, and an orangutan, who each perish, leaving him alone with Richard Parker.

“[At the start of the show], you have the animals … in a human’s world, where they’re caging them, and it’s unnatural,” audience member and artistic director of Newton Theatre Company Melissa Bernstein, said. “Suddenly, Pi’s out in nature, and it’s now nature’s rules. We can’t control any of it. … The rules that you know to follow in civilization, they’re gone.”

Towards the end of the show, it is revealed that maybe Pi’s narrative is a work of fiction, something he imagined in order to cope with the circumstances. Audience member Matthew Eriksen from the North Shore said that the play means to say something about the importance of storytelling. “The things that we have to tell ourselves in order to get through any moment, whether it’s scary, enjoyable, what have you—we all have to invent, experience, and think of stories that help us and other people,” he said.

The puppets and visual effects were gorgeous

Whether Pi is surrounded by fluttering butterflies at his hometown or under a sky of stars while at sea, the visual aspects were beautiful. The animals at the zoo and, later, on board the ship are artfully-designed puppets, brought to life by actors on stage. They move in a stylized, choreographed way, like when Richard Parker stealthily and gracefully appears, before pouncing on prey.

“The actors doing the puppeteering, making the animals breathe, those nuances, felt so completely thought out, which is really nice as an audience member,” said John K. McElroy from Providence. He added, “Those puppets really feel like living, breathing creatures.”

Audience member Judhajit De from Somerville said that he was also taken in by the spectacle on stage. “The puppetry was really masterful. It was very interesting, especially in the scenes of violence, where Richard Parker was eating the hyena, and the red ribbons flew out. It was very visceral,” he said. “We’re used to CGI graphics in movies … but it really affected you. It was really well done.”

What does it mean to be stranded on a lifeboat with a tiger?

On the lifeboat, Pi must use logic and reason to think about how he can outmatch a tiger. He first tries to see if Richard Parker will starve to death. When that doesn’t work, he uses discipline to try to establish dominance over the creature. Eventually, Pi tames him and realizes that the tiger is his companion on this journey and that without him, he would be alone. In many ways, grappling with and overcoming the tiger helps him to survive.

“It’s about confronting our own mortality,” said McElroy. He added, “You can take that tiger in a couple of different ways. If you’re sitting across that lifeboat, and you’re looking at this tiger, it felt like a metaphor for that impending doom. The clock is ticking. … It feels like a chess game … Every single day, all of us on this planet are walking around with a tiger looking at us. When is the tiger going to strike, and what does that mean?”

Audience members left with a sense of inspiration

Viewers experienced a “visually arresting” show, according to Emily Flynn-Pesquera from Malden. Pi’s resilience in the face of what seem to be insurmountable challenges shines through as he finds courage and endurance. The show has dark moments, but it is generally uplifting, presenting themes such as the importance of family and faith. Audience members told me that after leaving, they were inspired to hold thoughtful discussions with the people who came with them.

One spectator, Vyshi from Carlisle, reflected on the show’s deeper meanings.

“The tiger, for me, represents the strength and power that we all have within us, but it has to be respected and cared for,” she said. “You can’t have light without dark. They come together; they’re intrinsically entwined.” She added, “Part of our journey in life is to recognize that and manage our fear, to use it to help us survive. … In order to make it across the great divide, the great ocean, through all of the very difficulties of it, you do need to tame your fear.” 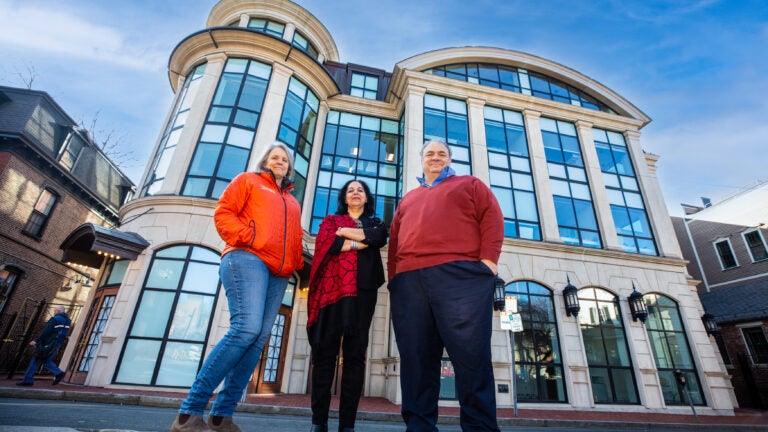 A new arts nonprofit is coming to Harvard Square