The latest setbacks for the launch of the Artemis I are probably indicative of what the U.S. has in store if it continues its track back toward the moon.

You’ll recall that a planned launch on Aug. 29 was scuttled due to a fuel leak; now, an attempt to get off the launching pad on Sept. 27 has been postponed thanks to the approach of Hurricane Ian. (And securing the rocket in advance of that storm will probably preclude NASA from making the Oct. 2 backup date as well.)

This Artemis mission, which is scheduled to orbit the moon and then return to Earth in about six weeks, is meant to be “the first in a series of increasingly complex missions to build a long-term human presence at the Moon for decades to come,” according to NASA. That’s partially due to the discovery of underground ice that makes the moon a much more palatable way station on the way to outer space than previously thought.

But with all the time, expense, and headaches involved, should the U.S. even be plotting a return to the moon? Well, Boston.com readers — with many Trekkies among them, no doubt — say that yes, we should.

In total, of the close to 200 people who responded to our survey on the subject, 58% say it’s an important step to a future of space exploration; only 38% said it’s not worth the trouble.

“It’s not so much a choice but a fundamental part of human nature,” insisted Rick R. of Stoneham. “To explore that which is within our reach to explore.”

And on the practical side, “The money goes to good jobs and people,” responded one reader from Tewksbury. “It’s a way of stimulating the economy and getting something back; better than handouts. I am anxious to make this trip routine and see what the future can bring.”

That said, plenty of readers thought the money that goes into the program could be better spent here. “Sure, go to the moon,” said Mike K. of Sherborn. “But not until after we’ve solved food insecurity, homelessness, drug addiction, the lack of mental health care, and the climate crisis.” Oh, is that all, Mike?

Below is a sampling of how Boston.com readers came down on both sides of the issue.

Some responses have been edited for length or clarity.

Yes, it’s a necessary step toward the future

“China has launched an ambitious space program. It began to build a space station in 2021, and has plans to build an underground base on the moon. Russia, despite the war against Ukraine, recently announced it will join China in building a moon base. There are too many implications to list just a few.” — Neal R., Maine

“There are numerous tech gains when we move in this direction. We are also stuck on Earth, why not look at other planets? And the moon could be a huge stepping stone.” — Jeff, Chelmsford

“Space exploration is the single greatest driver of innovation for humanity. So many of the advances we have enjoyed back on Earth over the years come from space exploration. It also happens to be one of the last bastions of multinational cooperation. It also greatly benefits our understanding of the universe, driving education, inspiring generations to dream big and do what is thought to be ‘the impossible.’ Remember, we choose to do these things ‘not because they are easy, but because they are hard,’ [as JFK said]. Name something else that not only benefits all of humanity in so many different ways, but also promotes peace and cooperation between nations that normally spar with each other in the political forum. I’ll wait … Oh right, you can’t, because there isn’t anything else like it.” — Craig F., East Bridgewater

“’Cause it’s next. ‘Cause we came out of the cave, and we looked over the hill and we saw fire; and we crossed the ocean and we pioneered the west, and we took to the sky. The history of man is hung on a timeline of exploration and this is what’s next.” — Sam S., Tewksbury

“We should always look upward and outward. The space programs have provided us with wonderful technology in civilian life. Let’s continue to be a leader on this new frontier and show what we as humans can do. Nothing partisan about space!” — Andrew, Wakefield

“Simply put, for the same reasons we went to the moon in the ’60s. Back then it was competition with the Soviet Union, today we are in competition with communist China and we cannot let them dominate space exploration. We have already given away too much of our technological edge in the name of cheaper products and greater corporate profits at the expense of American workers. Space may be expensive, but it does employ tens of thousands of people in high paying jobs. Everyone seems to forget that the Apollo program provided good jobs to 400,000 people.” — Peter P., California

“We can’t keep our eggs all in one basket, sooner or later Earth will become uninhabitable. The sooner we spread out the better.” — Bob, Weymouth

“I am thrilled we are going back to the moon. I still don’t understand why we stopped going there. We should have had a colony on the moon 25 years ago instead of pouring money into the space shuttle and the International Space Station.” — John R., Hanson

“We’re all complacent here on our little blue paradise, which is by the day turning less and less accommodating to our pattern of pollution, and the assumption that we can continue to do what we are doing and expect it can continue. It might take generations or more, but we’re gonna burn out our time here, maybe literally. This mission and the ones that follow it could potentially result in us finding ways for humans to survive beyond the shortening expectancy of the planet we live on.

“I’m no tree hugging liberal, just someone that actually pays attention to the signs. Just today, warmest water and furthest north development of a tropical storm into a hurricane … ever. You can ignore it, and likely be OK for your time here, but if you don’t think about what your kids or grandkids, or their kids and grandkids are gonna be in for, or you do and you don’t care, you’re complicit.” — C.O., Massachusetts

“It’s time to go back. We need a project that can rally the masses together, instead of dividing our country further apart like everything else seems to be doing. If we leave space to Bezos and Musk, all we are doing is giving it to the Chinese.” — C.J. L., Newburyport

“We should have done this in the ’80s instead of wasting all that time on the shuttle. Think about it. Other than fixing the Hubble and the space station, the space shuttle was just a big flop. Space is humanity’s future.” — Jim R., Reading

“It’s a necessary step toward exploring and utilizing the resources of the solar system. Some people think we should focus on Earth, but the only way our planet’s resources will be preserved is if we begin to obtain them off world. Plus the sheer amount of technological advances NASA, etc. have brought us from space exploration is astonishing, so just imagine what we’ll achieve as we go back to the moon, then to Mars, and then who knows … I’m excited and everyone I know who isn’t myopic is excited too! “ — M.H., Cambridge/Somerville

No, it’s not worth the cost

“I believe the cost is not sustainable. There’s plenty of ways to spend $100 billion on earthly projects. And besides, who the hell is going to live on Mars?” — Greg B., South Dartmouth

“When you’re talking about reducing funding for worthwhile programs like Social Security and Medicare, the money being spent on this boondoggle is absurd. You can’t even get a coherent answer out of NASA officials when you ask what is the objective of this trip. TOTAL waste of taxpayer money.” — Peter L., Florida

We must spend billions on infrastructure, fighting climate change, creating sustainable green energy, education, and affordable housing. We need to take care of our communities, children and this planet before we go messing up another!” — Elizabeth K., Melrose

“I’m much more a proponent of private space travel organizations. We have far too many domestic issues to deal with nationwide that require funding. If the U.S. wants to contract out missions to Space X and their competition, then fine … I’d contribute my tax dollars towards those missions.” — Christopher P., North Attleboro

“I was 18 when we first sent men to the moon 50+ years ago and found there is nothing there. Colonizing Mars? Not going to happen. Let’s spend that money fixing this planet now!” — Bob E., Manchester

“Trillions of dollars spent. A dozen lives lost in two separate explosions. For what, Tang? I’m of the age that watched every launch throughout the ’60s and ’70s. I even remember I was jumping off a dock at the old Savin Hill Yatch Club in Dorchester when a loudspeaker announced that we had just landed on the moon. Given the political times — we were in a space race with the Soviet Union, at the height of the Cold War — it was definitely worth it. But not now.

“There is absolutely no compelling reason to think that humans are ever going to populate Mars. In the ’70s, overpopulation was the reason du jour that human beings would live on the moon or Mars. Now we are facing de-population, climate change, food shortages, famine, flooding, drought, and lack of potable water for agriculture and drinking. This is where both our money and brain power should be spent. If Bezos and Musk want to waste their own billions on vanity trips for the famous and wealthy, let them. At least they are not using taxpayer money and they are doing it at far less cost.” — Michael I., Princeton

“Waste of taxpayer money. And, typical of government, the program already has large cost overruns. Can’t trust the government to do anything efficiently.” — Ed, Medford

“We are looking the wrong way! Take the skill of the people at NASA and the money and look at climate change and the oceans.” — Edward C., Cohasset

“Money that could be earmarked for DEI initiatives, racial equity programs, or reparations shouldn’t be sent to the moon.” — J.M., Roxbury

“If there is money for another trip to the moon, there is money to rebuild and refurbish our crumbling schools, bridges, and light rail and subways. Every other country I’ve been to has clean, efficient trains and subways — ours are a shameful mess.  Also, let’s clean up the water and electrical grid problems, nationwide. We can and must do better. Restore American pride.” — M.K., Jamaica Plain

“We need to clean up our act on the planet we have before spreading to other planets. We are killers of each other and other species. When we think of fictionalized space stories it’s mostly about war. If we venture beyond this planet, we will make Star Wars real, but we will be fighting ourselves, not aliens.” — Heather M., New Hampshire 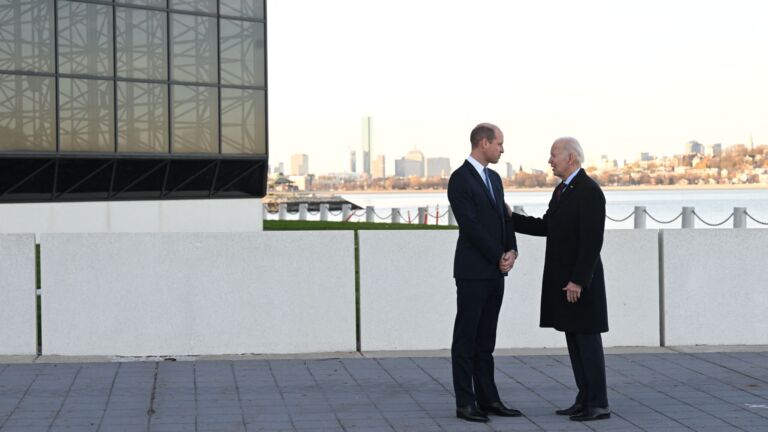