Yes, it seems hard to believe. After all, there are more Labs and golden retrievers around these parts than you can shake (or throw) a stick at. In fact, the owners of our four-footed friends are clamoring for more dog parks in which they can romp. But apparently Bay Staters are hoarding cats (not be confused with herding cats), because time2play’s survey of 3,045 pet owners around the U.S. found that felines are the No. 1 choice for Massachusetts, making it a “notable cat state” (along with Nevada, Pennsylvania, and Michigan, among others).

Even more galling for the canine crowd in Mass. is that New York — traditionally a cat haven, owing to tight living spaces and a general lack of affinity for unconditional love — has transitioned into a dog state in recent years, according to the survey. Those poor New York dogs don’t know what they’re missing down there.

The survey also covered pet owners’ social media habits: 53.2% said they post pet photos online, and 46.8% lied through their teeth and said they don’t. Of those who said yes, 56.8% were dog people, and 43.2% were cat people — presumably because as everyone knows, it’s a lot harder to get a cat to pose. They’re having none of it.

Regardless, the survey’s findings are contradicted by the raw numbers — data from 2020 showed that 28.9% of Massachusetts households had dogs, whereas only 23.5% had cats, according to a report from Pawlicy Advisor. So apparently the question is whether Mass. feels like a cat state or a dog state. (Or, perhaps … a fish state? Stranger things have happened.)

So did the survey nail it, or do you take issue with Massachusetts’s classification as a cat state? Take our survey below or email [email protected], and we may include your response in a future story.

Is Massachusetts a dog state or a cat state? 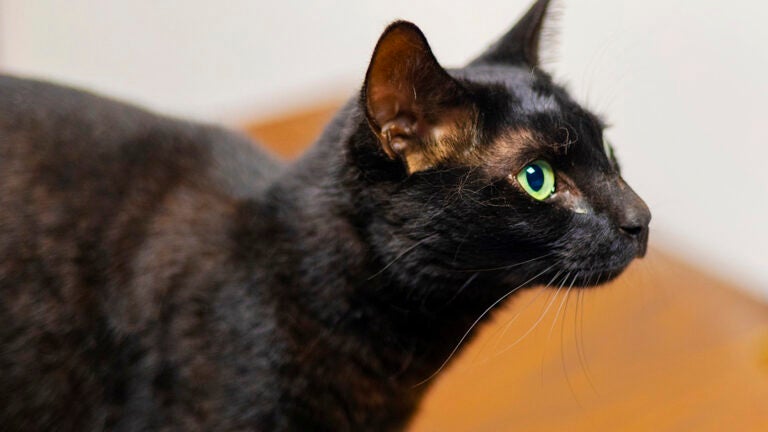 Cat on the lam: Pet caught after weeks on the run at Logan Airport