Inflation and rental prices are up across the country and as the cost of living increases, more and more adults are choosing to live in multi-generational homes rather than make it out on their own. In the last year, an increasing number of millennials have returned to live in their parent’s homes, according to a new study by PropertyManagement.com.

One in four millennials currently live with their parents, and of those, more than half returned within the last year. The two biggest reasons for this are financial. Fifty-one percent of the people polled in the survey said they made the decision to save money and 39% said they could no longer afford rent.

The number of multi-generational households is also increasing. Four in ten millennials report that they live at home with parents, grandparents, nieces and nephews, and other family members. These types of households have historically been more common among immigrant families in the country than among U.S.-born Americans, according to Pew Research Center.

For most people, moving back in with their parents isn’t their ideal choice. A majority said they would move out if they could afford to do so and would like to own a home of their own, but they expressed uncertainty about whether that was a possibility. Homeownership costs have also been on the rise nationwide, and Boston.com readers have shared their own frustrations with the cost of living as a homeowner or prospective buyer.

Sam from Shrewsbury recently moved to the area from the Midwest and found it difficult to find a home.

“Sadly, learned quickly that certain areas were almost unreasonably out of my budget. I saw several places and applied to a handful of them, all mostly in Western or Central MA. After about 10 denials, I applied to a place and finally got approved,” she said. “I am happy I found it! It is definitely still ridiculously expensive but my family and I are comfortable. It’s really sad that some people have to forgo other realistic expenses to ensure they can keep a roof above their heads.”

It’s especially difficult to save up to buy a home — which can cost around $200,000 in upfront payments here in Boston — when a large portion of your monthly income goes toward rent. One in six millennials who are living outside their parents’ homes spend more than half of their income on rent alone.

As these kinds of arrangements become more commonplace, adult millennials and their parents are both having to adjust their expectations of what life looks like once adult children are old enough to leave the home. We want to hear from readers who live under these circumstances.

Are you between 25 and 40 and living with your parents? Are you a parent whose adult child has come back to the nest? Tell us more about your experiences by filling out the survey below or emailing us at [email protected] and we may feature your response in a future article.

Are you a millennial living at home? 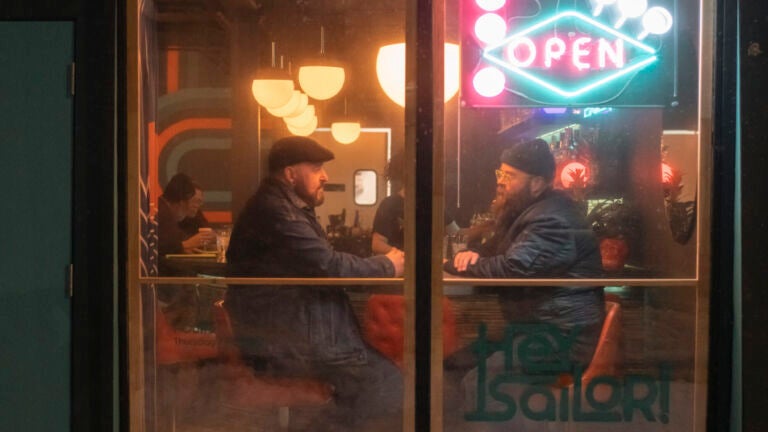 In Maine, a rare influx of new residents — and a housing crunch