There’s a new way to score free coffee and doughnuts at Dunkin’.

On Oct. 6, Dunkin’ rolled out its revamped rewards program nationwide. Dunkin’ Rewards, which was formerly known as DD Perks, allows members to redeem points that they’ve earned from purchases, and the points can be spent on food and drink items from the menu.

Head of the beverage-snack category and president of Dunkin’ Scott Murphy said the company listened to members, who wanted “flexibility, variety, and recognition,” according to a press release.

“Dunkin’ loyalists told us they wanted the ability to redeem for more than just beverages and we listened. You can now redeem anything on the menu,” Murphy said. “They also wanted to bundle points for larger orders, which we accomplished. You can now accrue points for a full meal for yourself or for the whole soccer team. And they told us they wanted to be recognized for their loyalty, which they can now achieve through Boosted Status and earn points even faster when they come to Dunkin’ more often.”

Under Dunkin’ Rewards, members earn points faster, receiving 10 points for every $1 spent, compared to the 5 points under DD Perks. For the first time, points can be used for food. Treats like Donut Holes or hash browns can be redeemed at 150 points.

Dunkin’ Rewards follows the Starbucks Rewards system in that it uses a tiered redemption model where different numbers of points can be spent on a variety of menu items. A scale illustrates how points can be applied to rewards like bagels, breakfast sandwiches, and frozen drinks—all ranked at different values.

However, it takes more points to earn a free drink than it did under DD Perks. In the old program, 200 points would get you a free drink of any size. It now takes 500 points to get a coffee and 700 points for a crafted beverage like a cold brew or Dunkin’ Refresher.

We want to know: What do you think of the new rewards program at Dunkin’? Is the relaunch a good change, or do you feel like this is bad news for customers? Vote in the poll below or e-mail us at [email protected]. Your response may be used in an upcoming Boston.com article and/or social media channels. 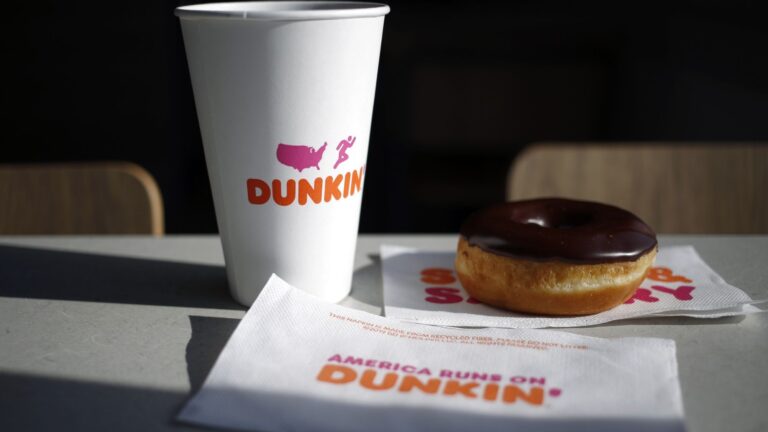 'People are going to be mad': Customers chafe as rewards programs are pared back