The Massachusetts Supreme Judicial Court gave Boston a win this week in its efforts to rebuild the Long Island bridge. The rebuilding of the bridge has been delayed since 2018 because of the ongoing legal battle with Quincy, which has sought for years to block the project.

Long Island was formerly the site of one of Boston’s largest emergency homeless shelters and rehabilitation facilities before the city closed the bridge due to safety concerns. After the bridge connecting the island to Quincy’s Moon Island was shut down in 2014, the rehab centers followed in 2015.

Former Mayor Marty Walsh tried to rebuild the bridge and reopen the facilities in 2018, but Quincy has denied permission because the bridge would impact neighborhoods and wetlands in the city. Despite the Department of Environmental Protection giving Boston permission to build, the Quincy Conservation Commission denied Boston’s application related to the bridge’s construction.

This week, however, the Supreme Judicial Court ruled that the state’s order of approval supersedes Quincy’s denial.

“This major victory for Boston protects our authority to serve our residents with the greatest needs,” a spokesperson for the City of Boston said in a statement. “[Monday’s] decision will allow Boston to continue exploring the potential and opportunities on Long Island to connect our residents with substance use disorder services and housing. We look forward to collaborating with our local and state partners to ensure that every person impacted by substance use has a path to a stable recovery and housing.”

Quincy, on the other hand, will continue to fight the construction of the bridge. Christopher Walker, chief of staff to Quincy Mayor Thomas P. Koch, told The Boston Globe that the ruling “is not remotely a green light for a new bridge.”

Boston Mayor Michelle Wu has said that the reopening of rehabilitation centers on Long Island would be a crucial step in addressing the crisis at Mass. and Cass, which has become the center of homelessness and addiction in the city. Still, Wu said on Monday that the city is “still a little ways away” from starting construction.

“Our focus right now is to maintain where we are with Mass. and Cass. … Every single day we continue to take down tents so that area is clear and does not have fortified encampments,” Wu said during an appearance on WBUR. “And we’re looking to decentralize services, too.”

We want to hear from you: Do you think Boston should be allowed to rebuild the Long Island bridge? What other avenues should the city explore to address addiction, mental health, and homelessness in the city?

Share your thoughts with us by filling out the survey below or emailing us at [email protected] and we may feature your response in a future article or on Boston.com social media.

Should Boston be allowed to rebuild the Long Island bridge? 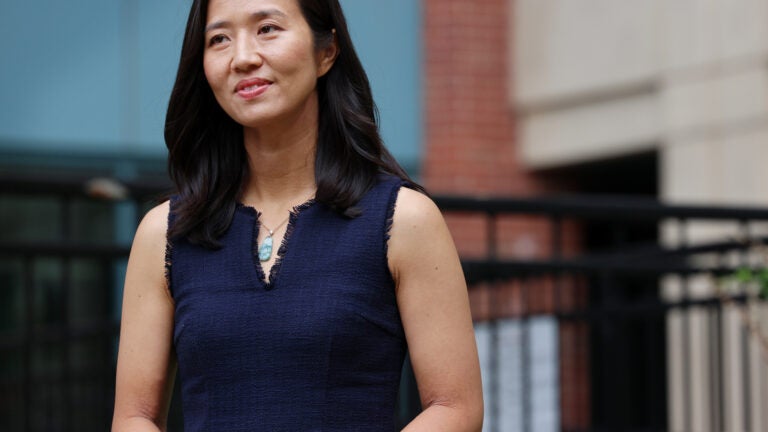