🏒 Heads up: Tickets to The Beanpot go on sale today at 10 a.m. Snag your seats to the 70th annual hockey tournament featuring BC, BU, Harvard, and Northeastern here.

Food pantries are strapped this season

It’s no surprise that inflation is having an impact this holiday season. A recent survey from the American Farm Bureau found that Thanksgiving dinner could be 20% more expensive than last year. But the impacts go beyond just Turkey Day.

Combine the rising cost of everything with expired pandemic aid programs, and you’ll notice a steady rise in food insecurity in Massachusetts. Project Bread estimates that one in six households in Mass. — and one in five households with children — are food insecure, nearly doubling from pre-pandemic times.

This means local food pantries are strapped, and it doesn’t look like demand is slowing anytime soon. So as we head into a busy holiday season, here are a few ways you can help local organizations fighting food insecurity:

🍎 Fill the Fridge at the Charlestown Community Fridgeto help those who do not have reliable access to healthy foods at a critical time of the year. The goal is to have it filled every day through Nov. 30. Post #FillTheFridge on social media and tag your friends to keep the chain going. Here’s the list of acceptable foods you can donate and other community fridges around the city you can donate to.

🍲 Volunteer at the Haley House soup kitchens in Roxbury and the South End. This organization has been serving the community for over 50 years and always needs extra help with food prep and meal service during the holidays.

💵 If you can’t donate time or food, consider donating a few dollars to the Greater Boston Food Bank. A $30 donation will provide a healthy holiday meal to a family in need. Stop & Shop and the Biogen Foundation are matching up to $450,000 in donations through Dec. 31, so your contribution will have double the impact.

🚑 A shuttle bus crash carrying Brandeis students leaves one dead and 27 injured. The bus crashed into a tree in Waltham as it was returning to Brandeis from a hockey game at Northeastern. Vanessa Mark, a student at the university, was identified as the victim. The other 26 students and the bus driver suffered “injuries of varying degrees” and were transported to local hospitals. As of Sunday night, the cause of the crash remains under investigation and no charges have been filed.

🏡 Owning a home in Boston might become a little easier afterMayor Wu announced that $60 million in federal funding will be used to beef up local homeownership. The initiative will transform 150 vacant city-owned lots into over 300 income-restricted homes and provide up to $50,000 to eligible first-time homebuyers to help with their down payment and closing costs. The city’s current homeownership rate is 35%, well below the overall 62% in Massachusetts.

📈 Eversource is looking to increase electricity rates by 43% this winter. If approved by the Department of Public Utilities, the average eastern Mass. customer who uses 600 kilowatts of power per month would see their bill go up $47 a month. And it might not be the utility’s only hike: Eversource plans to increase electric delivery fees, too (but it hasn’t filed those requests yet).

⛸️ Unleash your inner Michelle Kwan while ice skating on the Boston Common Frog Pond — it opens TODAY! Admission is $8, and adult skate rentals are $15. See the hours here.

✨ Celebrate the first holiday lights of the season at Christopher Columbus Park in the North End TONIGHT. The 260 foot-long trellis will be lit by 50,000 blue lights (and there will be live music, eggnog, and other fun treats). | Starts at 5 p.m.

🎶 Play Music Bingo by swapping out numbers for songs at Sam Adams Boston Brewery. It’s free to play with no tickets needed. | Tuesday, Nov. 22, 6 to 8 p.m.

🧱 See more than 1 million LEGO bricks transformed into over 70 sculptures at the ‘Art of the Brick’ exhibit on Newbury Street. | Tickets are $28

Check firetruck off your wishlist

Did you have a life-long dream of owning a firetruck? Well, it’s your lucky day. The City of Brockton is auctioning off a 1981 Mack Model CF611F fire truck that’s in decent shape, and as of Sunday night, the top bid was only $4,800. You can’t buy a used Honda Civic for less than $15,000 in this economy, so with the limited car knowledge I have, this sounds like a steal.

Bids on the bright red beast are accepted on Municibid.com until about noon today, so name your price now.

🦃 Thanks for reading! Need a low-effort snack to bring to Thanksgiving? Try this maple-glazed walnuts recipe from the chef behind Cambridge’s Henrietta’s Table. It’s only five ingredients, and you definitely already have three of them. 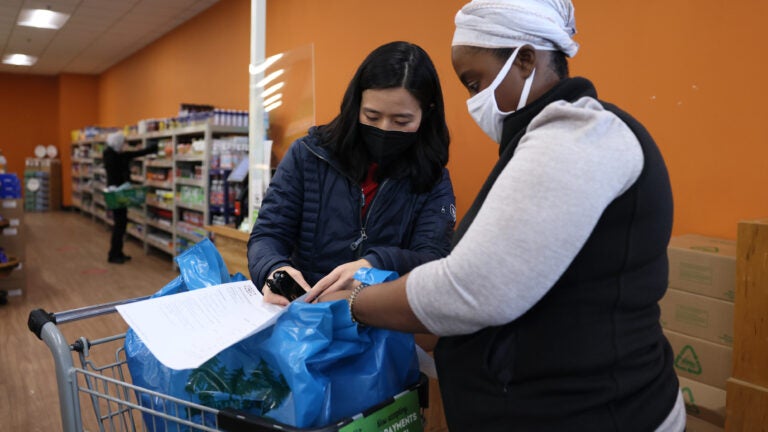 Here's how Boston is addressing food insecurity ahead of Thanksgiving