✏️ G’Morning. Ten Pentucket Regional High School students invented new words that got accepted into an online dictionary. I think next they should use their Latin skills to make a word for “post-holiday work week tiredness.”

News You Can Use

Let’s be honest: You’re probably just coming back online and/or out of a food coma.

These couple of weeks sandwiched between the holidays can feel extra exciting … and exhausting. Your free time doesn’t need to be spent on scanning all the headlines, so here are three pieces of news you can actually use right now.

1. Massachusetts is giving out $75 gift cards to those who get COVID-19 jabs. Eight clinics in Boston are among 250 in the state offering gift cards to people who get vaccinated or boosted through Dec. 23. The initiative is part of the state’s Get Boosted program, aimed at increasing vaccine access in communities with the lowest booster rates and highest BIPOC populations. Find the full list of clinics offering gift cards here.

2. Heads up for your commute home: Wind gusts of up to 55 mph and soaking rain are in the forecast this afternoon and evening. The National Weather Service predicts the strongest winds will be from 3 to 10 p.m. today, possibly leading to power outages. Bottom line: Don’t use an umbrella that you love, it will probably get flipped inside-out.

3. You can ride for free on all Massachusetts public buses (except the MBTA) for the holiday season. The free regional transit is thanks to a $2.5 million MassDOT grant program aimed at getting more residents to use public transportation. The dates of the “Try Transit” program vary through the different transit systems.

🇺🇸 President Biden is scheduled to visit Boston on Friday for a political fundraiser. Biden will appear at the event alongside Sens. Elizabeth Warren and Ed Markey, according to the Globe. Money from the event will go toward Democratic efforts in the Georgia Senate run-off election. Biden’s trip overlaps with a visit by the Prince and Princess of Wales, where they’ll announce the Earthshot Prize awards. It’s unclear whether Biden will attend the Earthshot Prize ceremony.

⛳️ Puttshack is heading west, opening a high-tech mini-golf space at the Natick Mall next year. The company’s Boston location opened in the Seaport in October and boasts four nine-hole mini-golf courses with “trackball” technology that displays players’ scores on screens. It’s part of a larger expansion for the company, which already has locations in Atlanta, Chicago, and Miami.

How to Get in the Holiday Spirit

🎄 Catch the classic downtown tree lightings this week. The Boston Common tree will be lit at 7:59 p.m. followed by Comm. Ave at 8 p.m. on Dec. 1. And don’t forget the Seaport tree lighting on the Seaport Common at 7:30 p.m. Dec. 2.

👣 Take a stroll through Christmas-y Beacon Hill on Dec. 3 between 6 and 9 p.m. Charles Street will be closed to traffic, so visitors can roam and shop freely. There will be carolers and carriage rides, too.

🪓 Buy a tree locally at McKay’s Christmas Trees in Brighton. McKay’s is cash-only. | Open daily from 9 a.m. to 8 p.m.

⛸ Ooh and aah at figure skaters as they take the ice for the Frog Pond Skating Spectacular. Watch Olympic Medalist Ashley Wagner take center ice along with performances by competitive skaters from The Skating Club of Boston. FREE | Dec. 1, 5 p.m.

Over 150 sea turtles were rescued after suffering from hypothermia.

The Kemp’s ridley and green turtles were caught in the “hook” of Cape Cod Bay and got too cold to swim out. The turtles were rescued by the Massachusetts Audubon Wellfleet Bay Wildlife Sanctuary and taken to the sea turtle hospital at the New England Aquarium in Quincy to warm up and receive treatment.

🐢 Thanks for reading! As a last note about the sea turtles, some of them were suffering from dehydration and pneumonia. I didn’t know turtles could get pneumonia and will be sharing this fact with everyone I know. 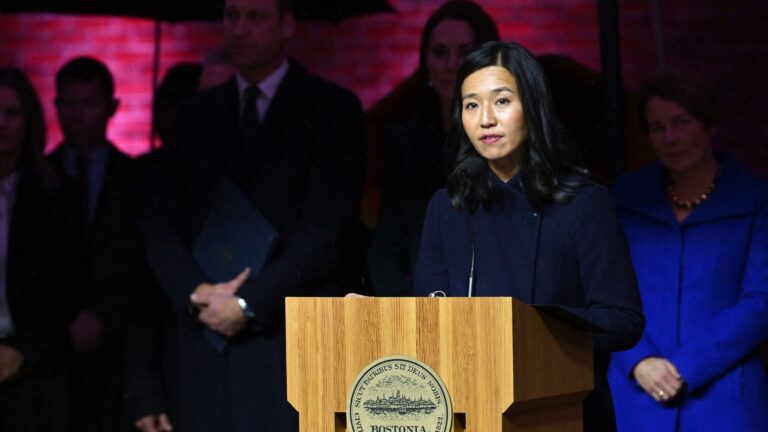