Many people have heard the term “Masshole,” but the interpretation of the name varies widely.

Fodor’s Travel hashed out the term’s meaning in the recent article, “Planning a trip to Boston soon? Prepare to meet some Massholes,” writing that it’s often used for “aggressive or clueless drivers who cause many of the transport pains in the state.”

The word was added to the Oxford Dictionary in 2015, where it is defined as “a term of contempt for: a native or inhabitant of the state of Massachusetts.”

When we asked Boston.com readers to share their definition of “Masshole,” nearly 200 people replied with a variety of answers. Some didn’t even mention driving, though many did.

“To me, it’s a term of endearment, and a descriptor of where I’m from,” wrote Amelia from Natick. “It’s not really pejorative to me anymore, but ‘you’re such a Masshole’ would mean someone is displaying the qualities we are known for, to the nth degree. Could be positive (snowblowing your neighbors driveway is a Masshole move!), could be negative (driving aggressively), could be neutral (Dunks).”

Ahead, discover how dozens of our readers define the term “Masshole” — and whether or not they describe themselves as one.

Yes, it has to do with driving:

“Rolling r’s on accent, not afraid to tailgate, if cutoff [while driving, my] middle finger is my 3rd blinker, loved Pats and Sox before they won championships,” wrote Bob L. of Stoughton.

“I drive like I own the friggin place, you got a problem with that,” wrote M.F. from Brockton.

“My way or the highway when driving,” wrote Larry D. from Boston.

“I pull out in front of others, because I have to get there first,” wrote Ronnie from Spencer.

“It’s a badge of honor for Commonwealth citizens who like to drive fast except when pulling into DDs. We have no patience and we are proud of who we are,” wrote Bryce from Easthampton.

No, it doesn’t have to do with driving:

“Someone from Massachusetts who thinks their state is better than all of the other states,” wrote Suzanne from Sharon.

“Being legitimately part of the proud tribe of born and raised Massachusetts crew. I wear it like a badge of honor & courage. And I’m wicked proud of my accent,” wrote Elaine L.

“Massholes are defined by their feisty spirit. The ones who get pissed when they see all the New York plates clogging the Bourne Bridge. Who scream at Sox, B’s, Pats or Celtics games and will fight anyone who disses our home,” wrote Joanne R. from Wareham.

“I consider Masshole a term of endearment for people who are always in a rush due to the fast paced lifestyle. As pedestrians, we are too busy for small town pleasantries so it comes across as being rude. Traffic is a dumpster fire regardless of the time of day which causes frustration and leads to aggressive driving. However, if you were to be in an environment that’s conducive to fun, rest and/or relaxation, you will most likely find Massholes to be friendly and helpful. As a Masshole, I am proud of being from a state known for prestigious universities, renowned hospitals, fine arts and culture,” wrote Linda from Boston.

“Overreacts to minor conflict with a middle finger and maybe an F you. Most likely laughs about it one second later and starts humming. Not actually mad. Good people with a brash sarcasticness,” wrote Aidan from the South End.

“Someone from Massachusetts living elsewhere. Sorry, we’re all saddled with it. I am a Masshole in Maine,” wrote an unnamed reader from Maine.

“A native of Massachusetts who has lived the majority of his/her adult life in Massachusetts,” wrote Lisa from Boston.

From readers who say they aren’t “Massholes”

Yes, it has to do with driving:

“Oblivious to anyone but themselves. Cuts you off without anyone behind you, then drives slow. Upset when you pass them legally because they own the road. Park like a Masshole,” wrote Danny R. from Allston.

“Completely entitled, selfish, no concern for others because you are the most important person in Massachusetts. General rudeness. Most Masshole behavior can be seen in driving on Mass. roads. Cold as a Mass. winter. Example: You wave to a fellow walker and they don’t wave back. This would never happen in an upper Great Lakes state. Never,” wrote Julie from Hopedale.

“The person in the car ahead of you that wants to make a left turn and could just go, but instead pulls halfway out into your right of way and waits until you have to come to a complete stop, just so they can give you the finger as they make the left right in front of your face,” wrote Alex from Roxbury.

“Massholes are people with Massachusetts license plates who have no regard for others on the road. I am a Mass. native, living in Maine. I have noticed increased Masshole behavior up here in the past 20 years. They drive as if our roads are the Southeast Expressway, and they were late for work. Seriously, folks, if you’re on vacation, RELAX!” Deb T. from Maine.

“No acknowledgement of letting another driver into [the] traffic line. A wave would be good. Even lifting an index finger off the steering wheel would be enough!!” wrote Dan. O from Harwich.

“Someone who tries to drive through the Callahan/ Sumner tunnel and not do the one-on-one-off rule!” wrote Linda F. from Swampscott.

No, it doesn’t have to do with driving:

“A trust fund 30 to 40 something who only thinks of themselves. Lots in the South End, ” wrote Philip W. from Boston.

“A Mass resident who moved to rural N.H. and immediately tries to make it look like the place they just left,” wrote R.D. from Dublin, N.H.

“Someone who really doesn’t care what others think of them. They will be very upfront and honest and most likely not in the most polite manner. Usually the person will be disrespectful or rude. Generally they are good drivers it is just the other idiots on the road that get in the way,” wrote Sully from Boston.

“My friend, Boston Mike. He always has something to say, or a pizza slice to throw at a Yankees game, or something smart to say. He is the best friend you could hope to have, helps you shovel snow or put a toaster on the ground to save you a parking spot. Except for his massive Masshole ways, even then he’s OK most days,” wrote Mike B. from Duxbury.

“See the stereotypical Boston character as played by Denis Leary and perpetuated by beer commercials, skits on SNL, too many bad Boston-based movies, and most sports fans in arenas/stadiums/fields in the Boston area,” wrote Tom from Quincy. 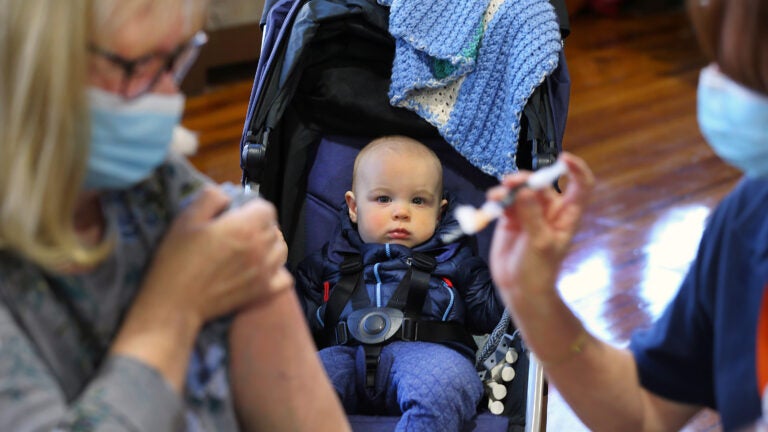