The most bone-chilling chairlift in the region has an apt nickname: “The Freezer.”

When we asked Boston.com readers to name the coldest chairlift in the Northeast, 138 readers responded and 49 said Vermont’s Jay Peak Resort — 37 of them named the resort’s Green Mountain Flyer Quad as the absolute coldest ride in the region. You can check out the lift here.

Readers shared their frozen experiences on “The Freezer,” some of them adding that the subsequent trip down the mountain was well worth it.

“Consistently the coldest lift on the planet,” wrote Jay H. from Brookline. “Catches the wind just right and sometimes moves backwards with gusts. Should be a windmill.”

“Feels like the cold air is directly from the North Pole where the wind is so strong that it pushes the chair back,” wrote mpc755 from Hopkinton, adding, “Definitely worth it.”

“Once you get toward the top and are exposed at the ridge, the wind just whips through and it is FREEZING!” wrote Cathy P. of Groton. “All I could do was put my head down and count to 100 as we reached the top station.”

“The winds are bone chilling,” wrote Andre V. from Nashua, N.H. “But once you get off the lift and into the woods it is all worth it. The deep powder can’t be beat.”

“Cannonball Quad Chairlift at Cannon is hands down the coldest place on EARTH,” wrote Big Al from Medford. “You can look to the left and see wind and snowblown trees that only look like they could be in Siberia, or maybe a Bob Ross painting. I would give you a more accurate location but my eyelids are usually frozen shut and tearing up through what little exposed face I have showing.”

“Cannon Mountain, either freezing inside the tram or riding the lift to the summit, both the coldest rides even when it’s a relatively mild day,” wrote Jon from Danvers. “Mornings you’re in the shade and afternoons you’re in the shade. Wind is fierce. Great place to ski and ride though, worth freezing to the seat.”

Here are some of the other regional ski mountains and lifts readers said are frozen in their minds.

“Sugarloaf, by far the coldest in New England! The unique combination of cold, wind, and skiing above the treeline is unique to Sugarloaf in New England. Skied here for 50+ days per season while going to Colby college in the 1980’s, I can now ski anywhere else without feeling ‘cold’!”

“I’ve had my tears freeze into my eyelashes coming down Wildcat.” 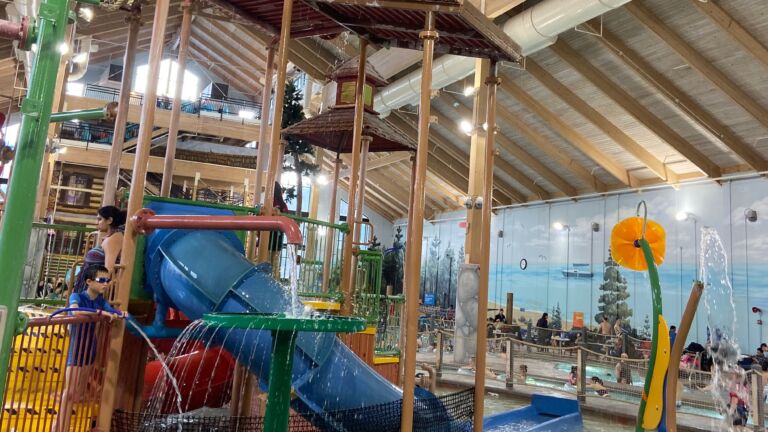 New England has 2 of the best indoor water parks in the country, according to USA Today