The bridge was initially shut down in 2014 because of safety concerns, but as the addiction and homelessness crisis in the region worsens, there’s been a push to rebuild the bridge and reestablish Long Island as the site of one of Boston’s largest emergency homeless shelters and rehabilitation facilities.

We asked readers if they think Boston should be allowed to move ahead with plans to rebuild the Long Island bridge and open rehabilitation centers on the island, and most of the 500 people polled said yes. Many readers said the bridge could be an important step in helping to rehabilitate those struggling with substance use disorder.

“To impede progress or the advancement of anything is to delay a future that can provide hope and a future for the less fortunate,” said Michael L. from Quincy.

Boston has been trying to rebuild the bridge and reopen the facilities since 2018, but Quincy has blocked construction, citing environmental and safety concerns. In addition to the ruling from the state’s highest court, a judge also ruled this week that Quincy had failed to provide sufficient evidence of the environmental damage the city says the bridge will cause.

While most readers support Boston’s efforts, many said they also want to see other communities in the region build rehabilitation centers so Boston isn’t shouldering the majority of the work required to improve the situation. More than 80 percent of the people living unhoused in Mass. and Cass are actually from cities and towns outside of Boston.

Below you’ll find a sampling of responses from readers sharing their thoughts about the Long Island bridge debate, including some suggestions on what else Boston can do to address the ongoing addiction, homelessness, and mental illness epidemic.

Do you think Boston should be allowed to rebuild the Long Island bridge?

“Access to professional and mental health resources is the first step to allowing these individuals to turn around their current unfortunate circumstances. This is not just a Boston issue and should not be held back by one specific local administration.” — Matt, Dorchester

“Reopening the homeless shelters and rehabilitation facilities on Long Island is a critical step in helping homeless citizens and people with addiction issues in New England.  This is a regional issue, and Quincy has behaved disgracefully by attempting to block the reconstruction of the bridge.  NIMBYism at its worst.  Everyone needs to understand that Quincy’s residents are also affected by homelessness and addiction, and people throughout New England need to become part of the solution, not part of the problem.” — John N., Boston

“Right now the epidemic of addiction and homelessness is a crisis that needs immediate attention. Long Island has a 400,000-square-foot campus; think of how many people could be helped if that was back online. This epidemic is a state-wide problem and it is up to every community in the state to assist where they can. Long Island is no magic bullet but it is a step of many that need to be taken to address this issue. The location has helped many people in the past and it should be able to keep doing so in the future.” — Phil, Southie

“I was working at BMC the night they suddenly closed the bridge down and saw the dramatic effect that the loss of those programs had. There were suddenly a few hundred extra people in dire need of help surrounding the hospital. Every morning I drive down Southampton street on the way to work and watch people selling, buying, and injecting drugs in the middle of the street. The people that want help hardly have a chance in that environment and there really aren’t many places for them to go to get away. Physically getting them away from the area will increase their chances of a ‘normal’ life dramatically. The state needs those treatment beds desperately.” — Casey, South Shore

“Using Quincy neighborhoods as a traffic corridor without compensation to Quincy taxpayers for infrastructure damage is poor for an administration that constantly shouts about infrastructure issues.” — Dale S., Quincy

“The city of Boston allowed the previous bridge to deteriorate to the point that it had to be demolished. To rebuild or build a new bridge will result in a huge amount of inconvenience for those who live along the route that construction vehicles and workers will need to take to get to the construction site. Based on this and the likely huge cost of this project and the typical high overruns of any large project, I think a ferry system similar to that used for Thompson Island would be a better solution.” — Jack B., Quincy

“Once built, recovery services and needs will be ‘out of sight, out of mind’ for individuals. I know of several people who worked at the Long Island Shelter for years and spoke of the warehousing aspect. Once an individual arrived, it was very difficult for them to leave or be transferred elsewhere for services or to find a job. I am concerned the same situation will exist if it is rebuilt. We will put people out there and forget about them. I don’t like what is going on at Mass. and Cass, but we have seen a significant increase in services and recovery programs with this eyesore. Only by addressing ways for people in recovery to completely reintegrate into society will we truly address the drug epidemic.” — Mags, Boston

What other options should Boston explore to address the addiction crisis?

“The City of Boston owns properties and buildings in every neighborhood in Boston. These premises should be turned into treatment centers. This would allow each neighborhood to share in the opportunity to solve the issue. Long Island is a NIMBY choice for ‘out of sight, out of mind’ warehousing of the addicted individuals.” — Anonymous, Quincy

“In addition to offering more harm reduction strategies (safe injection sites with certified addiction specialists on-site MUST be, at the very least, considered), we have to stop paying lip service and put actual funding into the concepts of restoring mental health resources. Creating more certified and accountable addiction recovery centers with beds and truly safe environments, transitional housing, and transitional jobs with skills-building programs that lead to actual, available, and sustainable jobs.

“There have to be trauma-related counseling services built into all of this. A more concerted effort to educate and inform the general public about the disease of addiction — not just prevention, but an understanding of the issue needs to be made because the stigma around addiction and mental illness is still a powerful deterrent to those needing and seeking help and ignorance of the issues is the driver to that stigma. None of this is clean or easy, but it is all completely necessary if we ever want to make more of an impact than simply shuffling those suffering in the throes of addiction and mental illness from one dangerous, depressing street to another.” — Peter V., South Boston

“Clean needle sites, drug clinics for addicts to obtain clean drugs at reasonable prices, or even for free, and to provide treatment for those who want to get away from drugs. This should include not just medical services, but job training and placement; and follow-through for those who need it.” — Anabel G., Lexington

“Housing and treatments are great starting points, but they’re just that: starting points. Ideally, we should be trying to reintegrate these people into society through meaningful opportunities, primarily those of employment and social connection. I would love to see a dedicated job placement effort for people undergoing treatment and I would also strongly recommend connecting people with other opportunities for meaningful, wholesome networking in the community such as volunteering opportunities. I know there would be a lot of details to hash out but time and time again, it’s been shown that people need those kinds of things to lead happy and rewarding lives while also not falling back into the crux of substance use disorder.” — Alex, Cambridge 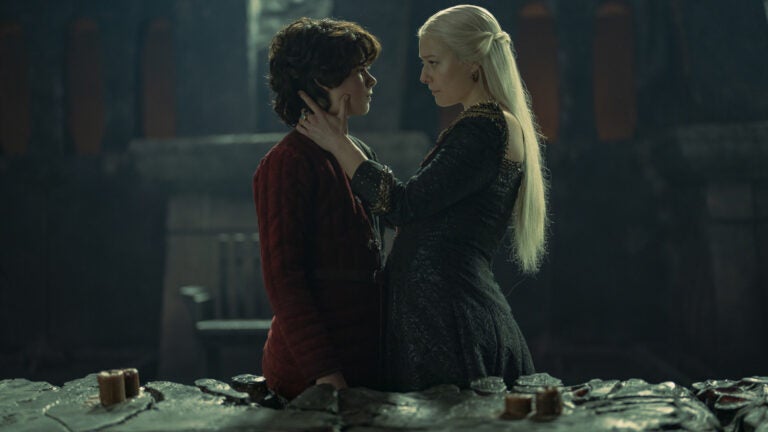 Is 'House of the Dragon' better than 'Game of Thrones'? Staff and readers weigh in.