The NFL saved one of its biggest Super Bowl commercials for halftime with a two-minute spot that stars more than 40 current and former NFL players, including New England Patriots Tom Brady and Rob Gronkowski, as well as former players like Joe Montana, Michael Strahan, and Deion Sanders.

Directed by frequent Mark Wahlberg collaborator and “Patriots Day” director Peter Berg, “The 100-Year Game” began with Marshawn Lynch knocking a golden football off the top of a cake while NFL commissioner Roger Goodell is making a speech, igniting an all-out fracas. In the spot, Brady chats with Cleveland Browns quarterback Baker Mayfield before giving the rookie his Super Bowl rings in order to join the fray, while Gronkowski marvels at the carnage as it unfolds.

Wahlberg, who didn’t make the trip to the Super Bowl this year, gave Berg a shout-out for spot on Instagram.

“Congrats to my guy @pberg44 for directing this badass commercial celebrating the launch of #NFL100,” Wahlberg wrote. “Make sure to watch it at halftime!”

Wahlberg and Berg recently spent time in the Boston area filming “Wonderland,” a movie for Netflix based on the Robert B. Parker series of detective novels about Spenser, a wisecracking Boston private investigator. 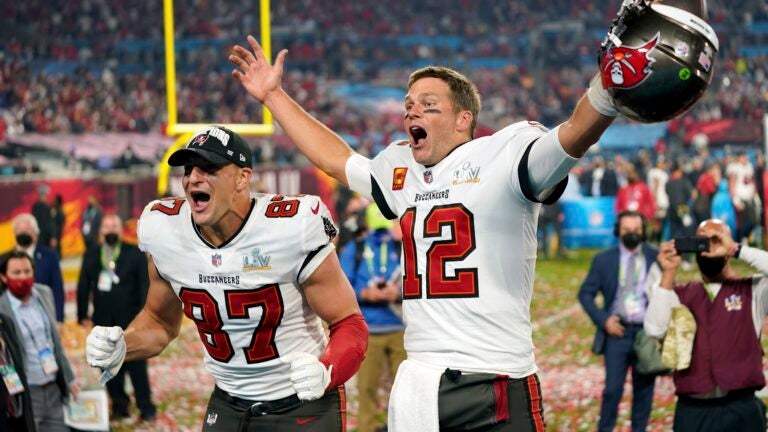