With Thanksgiving Day coming soon, actress Shannon Elizabeth is inviting Americans to include a gesture about kindness to animals in their celebration by “adopting a turkey,’’ instead of eating farm animals for the holiday dinner.

“If you are like me and oppose animal cruelty, start a new tradition and adopt a turkey from Farm Sanctuary,’’ she said. Elizabeth, star of “American Pie,’’ is the 2012 spokeswoman for the Adopt a Turkey Project, and she went on to explain why turkeys deserve our protection, just like dogs and other pets.

“The first time I met turkeys face-to-face, I couldn’t get over how they enjoyed my attention just as much as my dogs do,’’ she said. “Seeing firsthand how sweet and affectionate turkeys are, I could no longer separate them from how I thought about my dogs at home, who I always want to feel safe and protected.’’

Adopted turkeys stay at Farm Sanctuary. (On occasion, though, some people actually do adopt a turkey and take it home to live on their farm.) Contributors receive a picture of their turkey and a certificate. The donation is $30, and proceeds pay for the care of more than 1,000 turkeys rescued from factory farms — and also support the organization’s battle to end cruelty. According to Meredith Turner, Farm Sanctuary spokeswoman, millions of turkeys are “currently confined in miserable conditions’’ on factory farms.

“For more than 25 years, the Adopt A Turkey Project has provided support for the care of more than 1,000 rescued turkeys, while inspiring people everywhere to make more compassionate choices that protect animals,’’ she said.

However, saving the turkeys is still an uphill battle, statistics show. Americans eat 46 million birds at Thanksgiving, according to Peggy Albertson, public relations director for the National Turkey Federation. Albertson maintained the federation members do follow humane practices but confirmed consumers are demanding more humanely grown turkeys and more organic turkeys. Although vegetarians and vegans, of course, do not eat turkey, U.S. turkey consumption is holding steady, she said.

But in many households, the sight of a dead bird on a platter is upsetting to not only to vegans and vegetarians but also to other animal lovers in the family, according to Gene Baur, the Farm Sanctuary co-founder. The Adopt a Turkey project is a “compassionate alternative’’ to the traditional holiday dinner. Since inception in 1986, Baur has seen participation increase, as sympathy for farm animals has become “more mainstream,’’ he said.

If you haven’t yet adopted a turkey, there’s still time to spread the message of kindness to animals, Turner said. The turkeys showcased for 2012 are Elizabeth, Skip, Payton, Gable, Thyme and Victoria. Their pictures and some quotable turkey quotes are displayed on the website at adoptaturkey.org. Gable, for example, says “Frankly, my dear, I don’t give a ham. Leave all the animals off the table.’’

The year, the organization also has a chance to double the first $100,000 received, thanks to a matching grant. Baur said Farm Sanctuary hopes to raise $9 million this year through Adopt a Turkey and all its other fundraising efforts combined.

How to Help: To donate to Farm Sanctuary, go to adoptaturkey.org or call the Turkey Adoption Hotline at 1-888-SPONSOR. 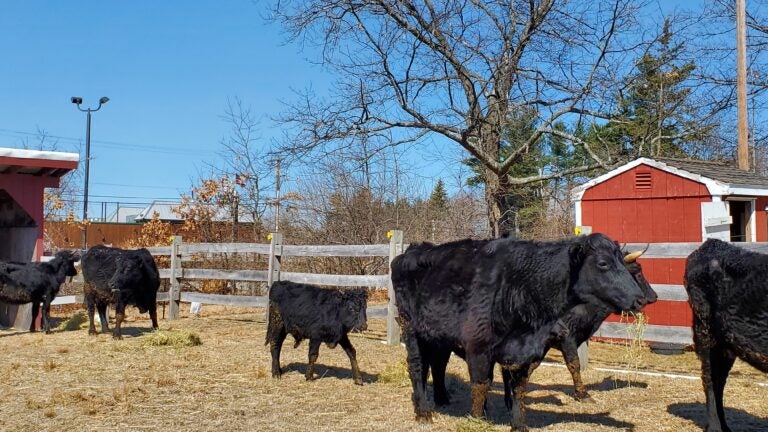 Adopt one or more of these 'extremely rare' Irish Kerry cattle