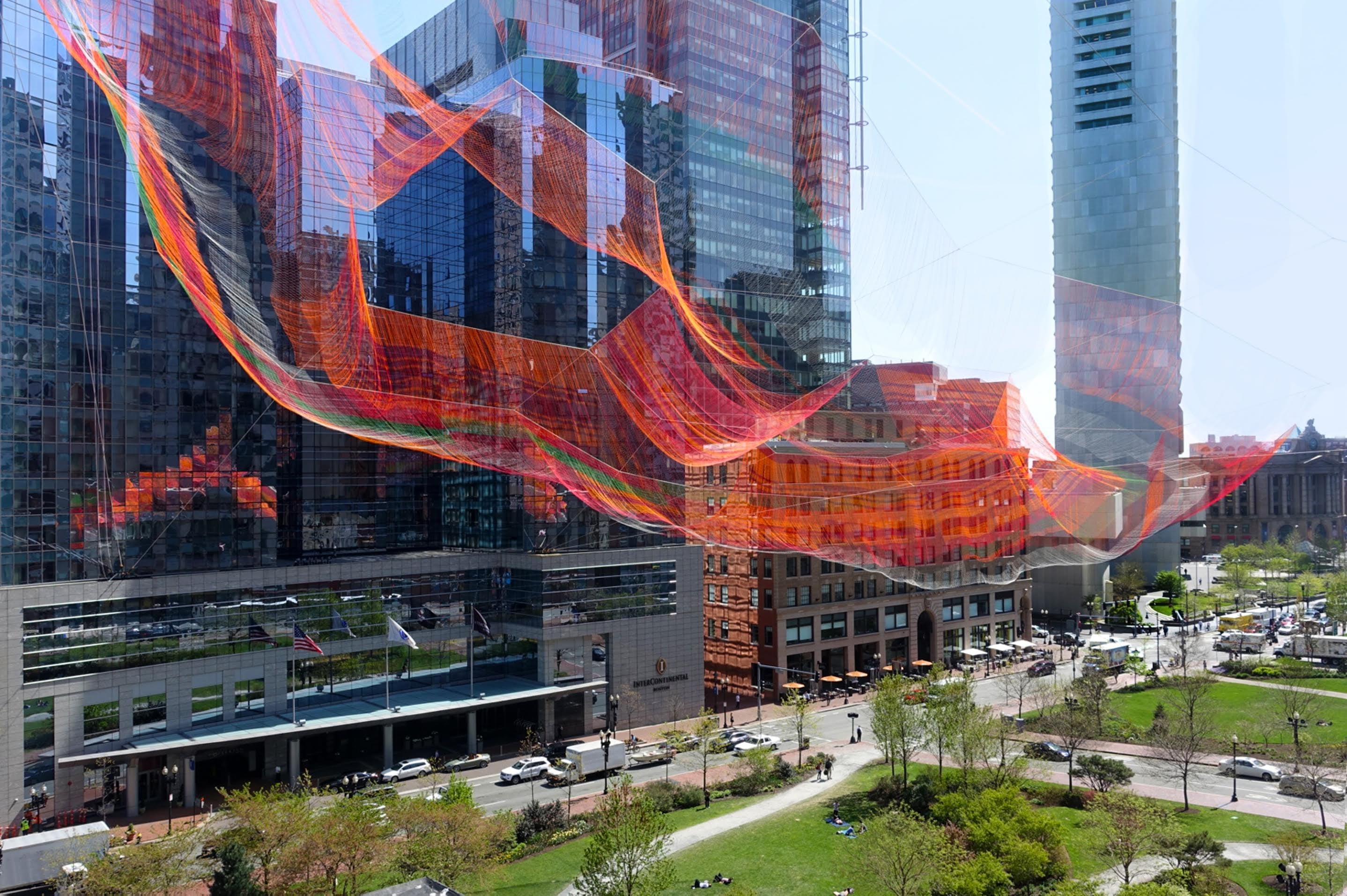 [fragment number=0]Janet Echelman’s fiber-art aerial sculpture, “As If It Were Already Here,’’ has captivated Boston sky-gazers since its installment in May, billowing above the Rose Kennedy Greenway.

But it’s almost time to bid adieu to the art that has become part of Boston’s downtown aesthetic. The sculpture was always intended to be temporary, and it’s scheduled to come down on October 24.

Until then, you can (and should) still catch the creation swaying and shimmering in the air above the Greenway. And to see the artwork from all possible angles, check out this drone-filmed footage of the sculpture’s time in Boston.

The Greenway released the video, filmed by Somerville-based aerial photography studio Above Summit, to show an overview (literally) of the whimsical work.

Janet Echelman, a Boston native, said that a lot of her temporary installations travel around the world, but she’s not yet sure what will happen to this piece once it comes down since it was specially made for and inspired by this city.

“It’s based on the history of Boston. The three voids are based on the Tri-Mountain that was cut down to create the land you’re standing on,’’ she said. “This is the most personal project I’ve ever experienced.’’

This is the first of Echelman’s pieces that she’s gotten to live with herself, watching as it truly became an integrated part of downtown and not just seeing it on the artwork’s opening day, she said. That’ll make it harder when it’s gone, she said, but she acknowledges that the temporary aspect is important. 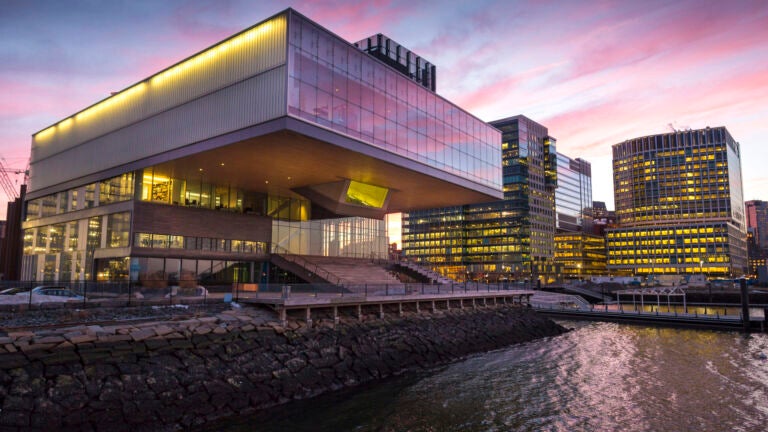