‘‘I just feel like sometimes the way people perceive Asians or Asian-Americans today can be disappointing in the way they view them,’’ Lin said after the Hornets practice on Tuesday. ‘‘Even Asian-American masculinity or whatever you want to talk about, just a lot of the ways that Asians are perceived I don’t always agree with.’’

Lin was born in California, but his parents migrated here from Taiwan in the mid-1970s.

At Sunday night’s awards show, host Chris Rock introduced three Asian children dressed in tuxedos as PricewaterhouseCoopers accountants and joked: ‘‘They sent us their most dedicated, accurate and hard-working representatives. I want you to please welcome Ming Zhu, Bao Ling and David Moskowitz.’’

He later joked, ‘‘If anybody’s upset about that joke, just tweet about it on your phone that was probably also made by these kids.’’

Lin took to social media on Monday by tweeting: Seriously though, when is this going to change?!? Tired of it being ‘‘cool’’ and ‘‘ok’’ to bash Asians smh #Oscars

Lin wasn’t the only one upset.

Mee Moua, president and executive director of the Washington-based Asian Americans Advancing Justice, called the show a setback for diversity in a statement Monday.

Sunday ‘‘night’s ceremony, and particularly the ‘joke’ involving Asian children, which played off more than one damaging stereotype of Asians and Asian Americans, exposed one of the failings of how we talk about race in America: race relations are not a black-white binary,’’ Moua said. ‘‘It is to all of our detriment to look at race narrowly. We need to work together to dismantle the systems that devalue the experiences of minority groups so we can see the tales of the diversity that have shaped our nation reflected accurately.’’

Lin said he’s never met Rock and has ‘‘no issues’’ with the comedian, calling him a ‘‘funny guy.’’

He understands that Rock probably didn’t write the skit by himself, but couldn’t let the perceived slight slip by without making a stand.

‘‘I thought it was a chance for me to stand up for Asians,’’ Lin said Tuesday.

Lin, who earned national attention for his scoring prowess while playing for the New York Knicks during the ‘‘Linsanity’’ era, said too often Asians are depicted with certain stereotypes in Hollywood.

‘‘In acting, you look at Asian roles, they always seem to be in similar roles,’’ Lin said. ‘‘I feel like we are just so much more broad than that. What you see on TV, that is so influential. Perception is reality and that’s the truth in today’s day and age — and we’re in such a technological and digital age.

‘‘So if we can start branching out a little bit or at least showing that we are different than what other people think we are, maybe we can start to break down some of those walls.’’

He said he actually enjoyed Rock’s opening monologue when he talked about the lack of diversity in the Oscar award nominations.

‘‘I think the whole push was he talking about opportunities and diversity and things that I totally agree with,’’ Lin said. ‘‘I thought his monologue was well done. He walked a fine line and did it pretty well.’’ 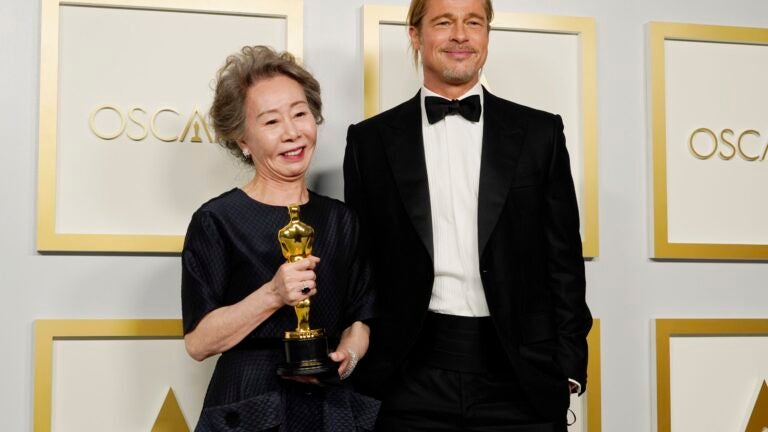 These were the biggest moments at the 2021 Oscars