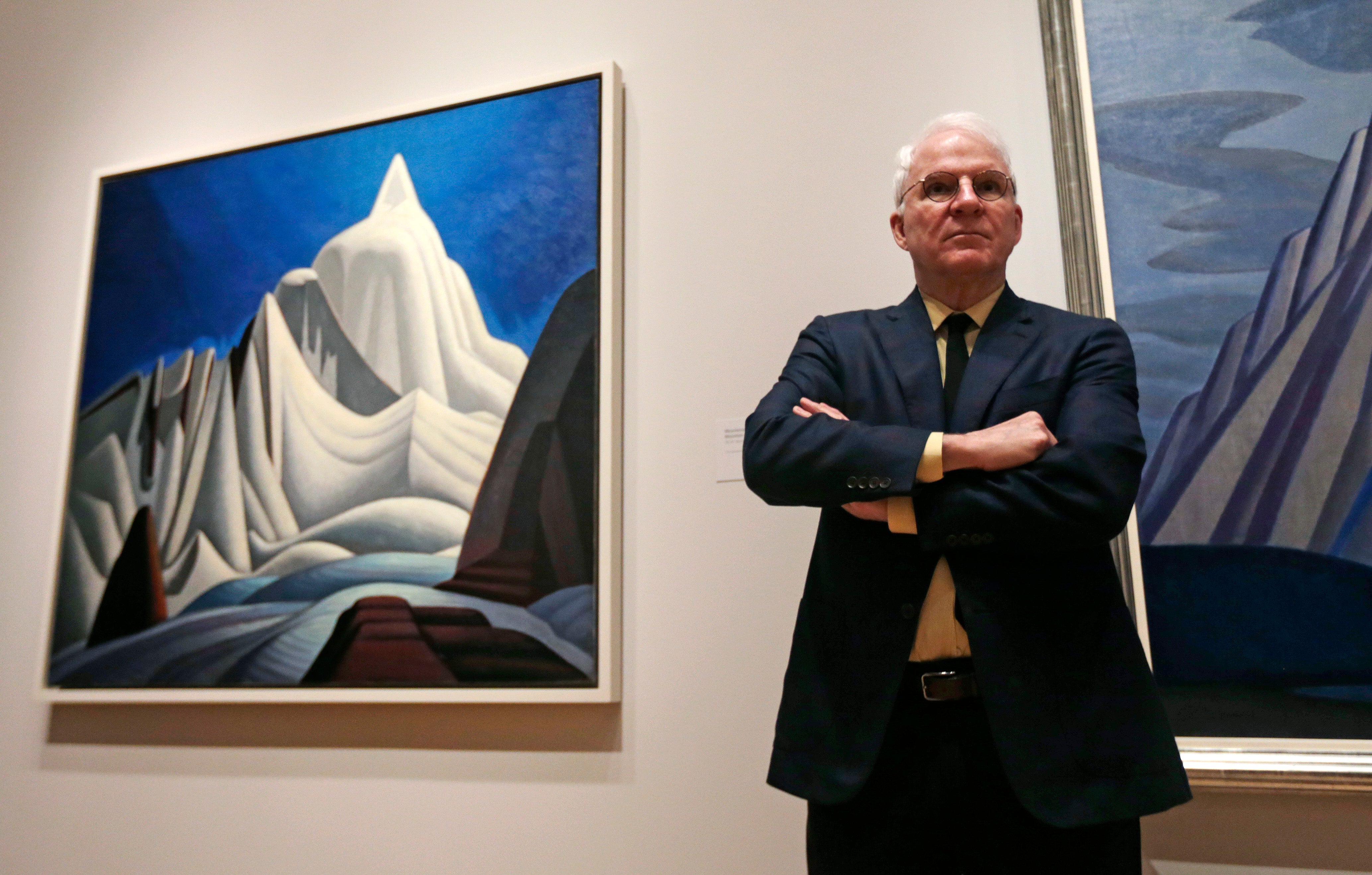 Steve Martin stands next to Lawren Harris’s “Mountain Forms” painting at the MFA.

Steve Martin is versatile, that much we know. In addition to being one of the great comedic minds of the last century, Martin is a novelist, essayist and very serious banjo player. He’s won an Emmy, multiple Grammys, and an honorary Academy Award. He’s also Hasty Pudding’s 1988 Man of the Year. Like we said, he’s versatile.

Next up on Martin’s list: art exhibition curator. And it’s for a museum right here in Boston.

Saturday, the Museum of Fine Arts will open The Idea of North: The Paintings of Lawren Harris. All of the works were selected by Martin.

“This collection of Harris’s has never been together before,’’ Martin explained in a preview of the exhibition on Friday. “This is his cream of the crop, as far as I’m concerned, from the period we’re dealing with.’’

Lawren Harris, one of Canada’s most famous artists, is a contemporary painter of dazzling northern landscapes, and one of the twentieth century’s pioneering modernists.

Martin’s involvement with this collection began when Ann Philbin, director of the Hammer Museum in Los Angeles, asked him to curate this show. 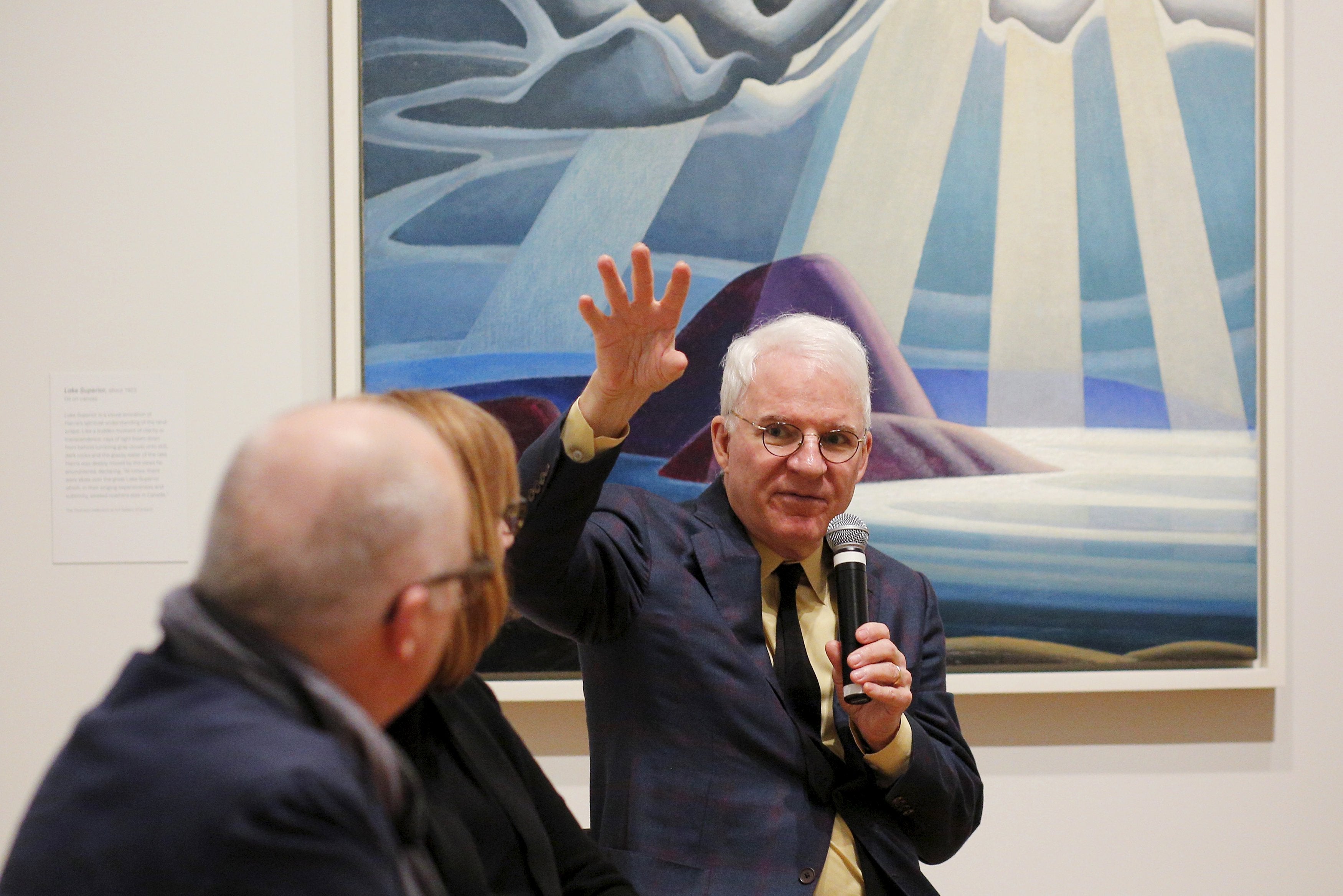 Martin talks about the exhibition with his co-curators, Cynthia Burlingham, of the Hammer Museum in Los Angeles, and Andrew Hunter, of the Art Gallery of Ontario in Toronto.

“My first instinct was, ‘of course not,’’’ he said. “I thought about it overnight, and I thought, ‘That’s an interesting proposition. He is about the only artist I could conceive of curating. Because most of his masterpieces all in Canada are known, they’re unknown in America. And I happen to have a love [for] him, and a connection to Canada.’’

Martin accepted the challenge with the help of his co-curators: Andrew Hunter, a curator at the Art Gallery of Ontario in Toronto, and Cynthia Burlingham, deputy director at the Hammer Museum. At the preview, the three discussed the harrowing task of trekking across Canada to find the right pictures. Martin called it an “intellectual pursuit.’’

“It’s also a very physical pursuit, a very emotional pursuit,’’ he added. “Looking at paintings, deciding if it’s worthy of the show, traveling across Canada like we did.’’

Harris’s painting are idealized versions of Canadian landscapes, like luminous waters of Lake Superior and the icy peaks of the Rocky Mountains. A member of the press observed that Harris’s works seem to convey a perpetual winter.

“Well, there’s a lot that aren’t snow. I mean, you’d assume that top panel there is, about…52 degrees? What do you say?’’ He joked, pointing at one of pictures of a mountain peak. “And that’s a Boston summer, right?’’ 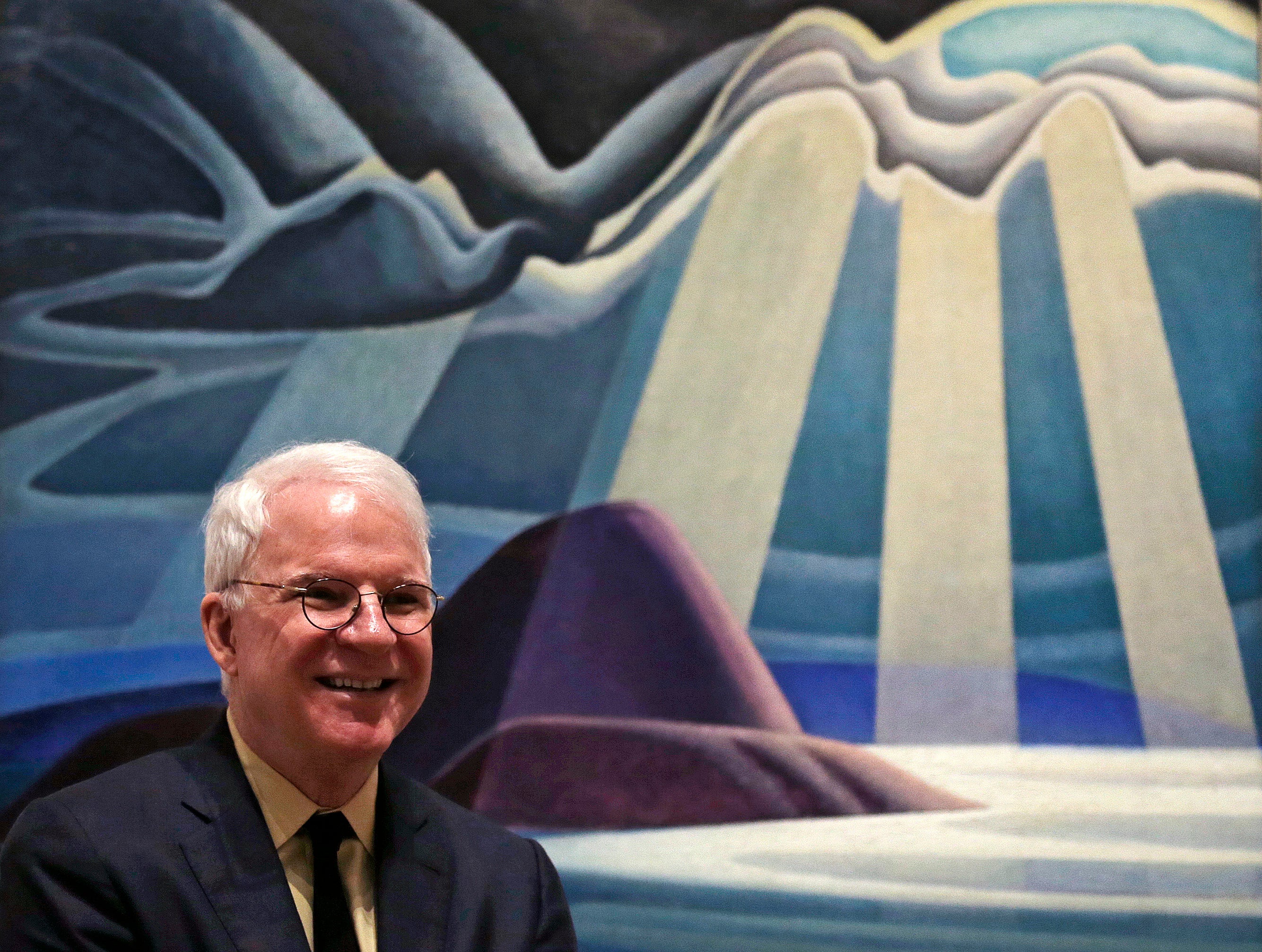