Over the weekend, a mural popped up in Cambridge’s Central Square paying homage to Muhammad Ali. The fighter passed away on Friday at age 74. 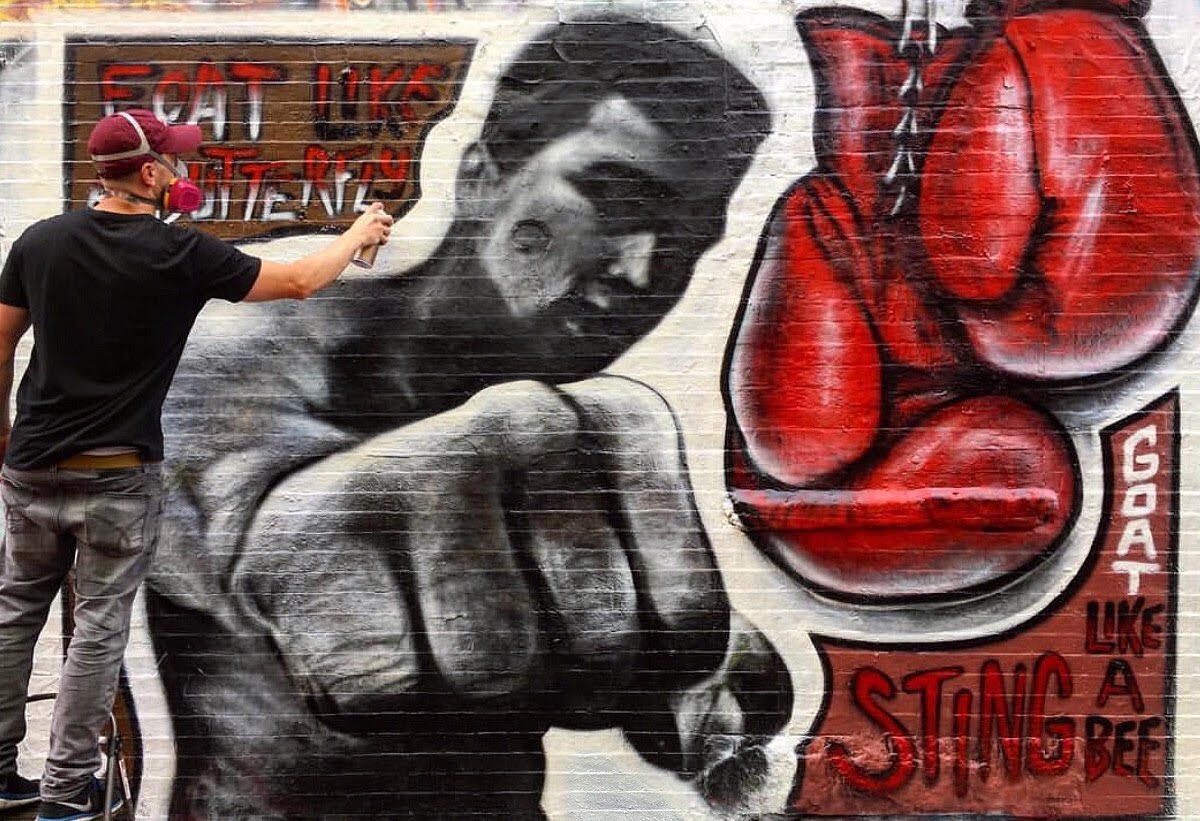 “When I heard that Muhammad Ali passed away, I immediately knew how I wanted to do my part to memorialize his life,” Wentworth said. “I woke up that morning and within an hour started in on the mural. I wanted to paint something for the people that pass through Graffiti Alley everyday.” 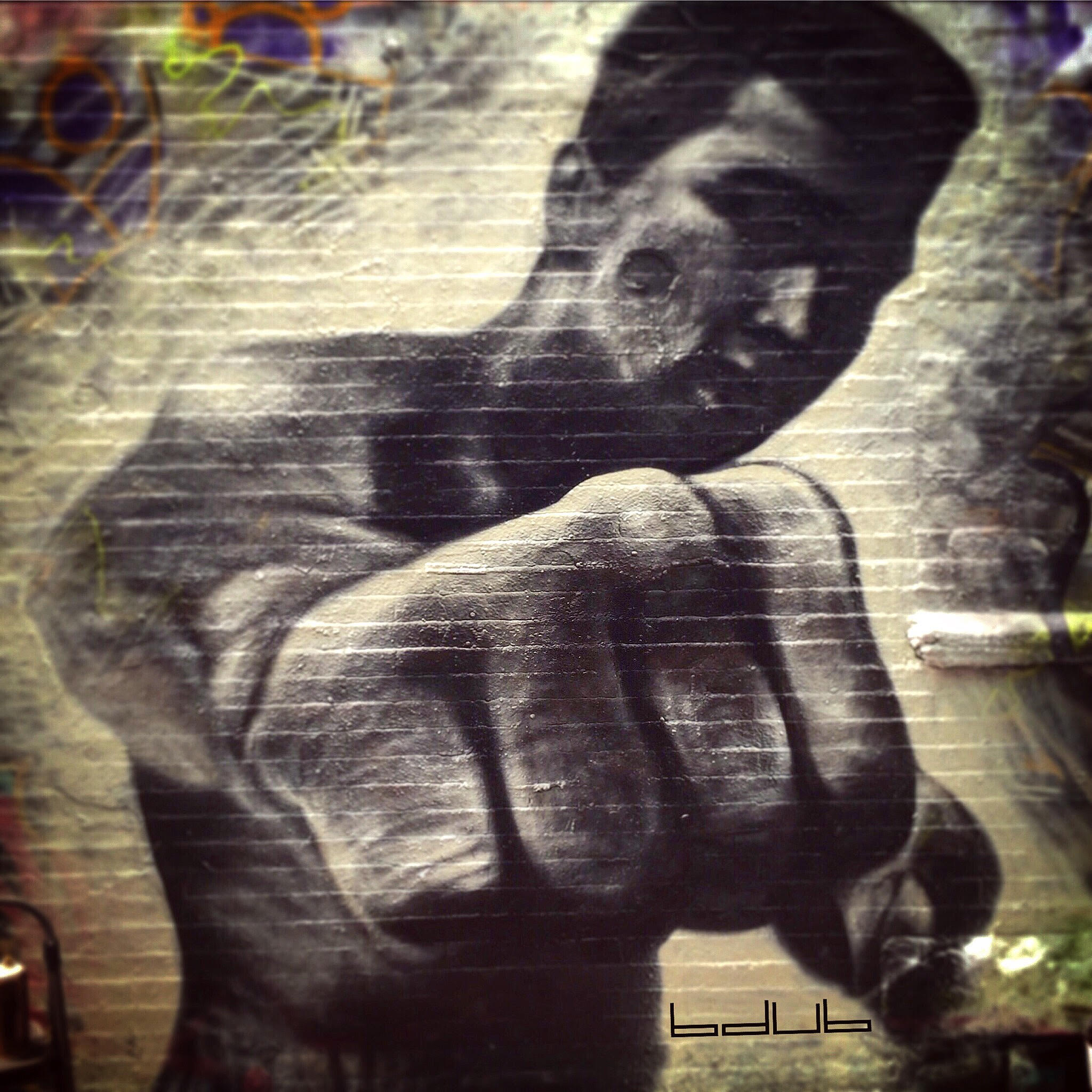 Wentworth is originally from Connecticut but now lives and works in Somerville; he’s done a few pieces in Central Square over the past five months. Many passersby have photographed the Ali mural, adding some of Ali’s uplifting quotes as captions.

“Service to others is the rent you pay for your room here on earth.” The Greatest of All Time, Muhammed Ali. I lost count of the number of people that stopped to reflect on this beautiful price by @bdub.est today #flylikeabutterflystinglikeabee #muhammedali #americanhero #legendsneverdie #beauty

“When I was working on the mural, so many people stopped and thanked me for what I was doing,” Wentworth said. “The positive energy was flowing that day. You could feel the love. There’s something special about street art when it’s done in such a way that it touches the lives of those who see it. When you see a large painting of someone great like Ali, it makes you want to be great and do great things. That’s my hope, at least!” 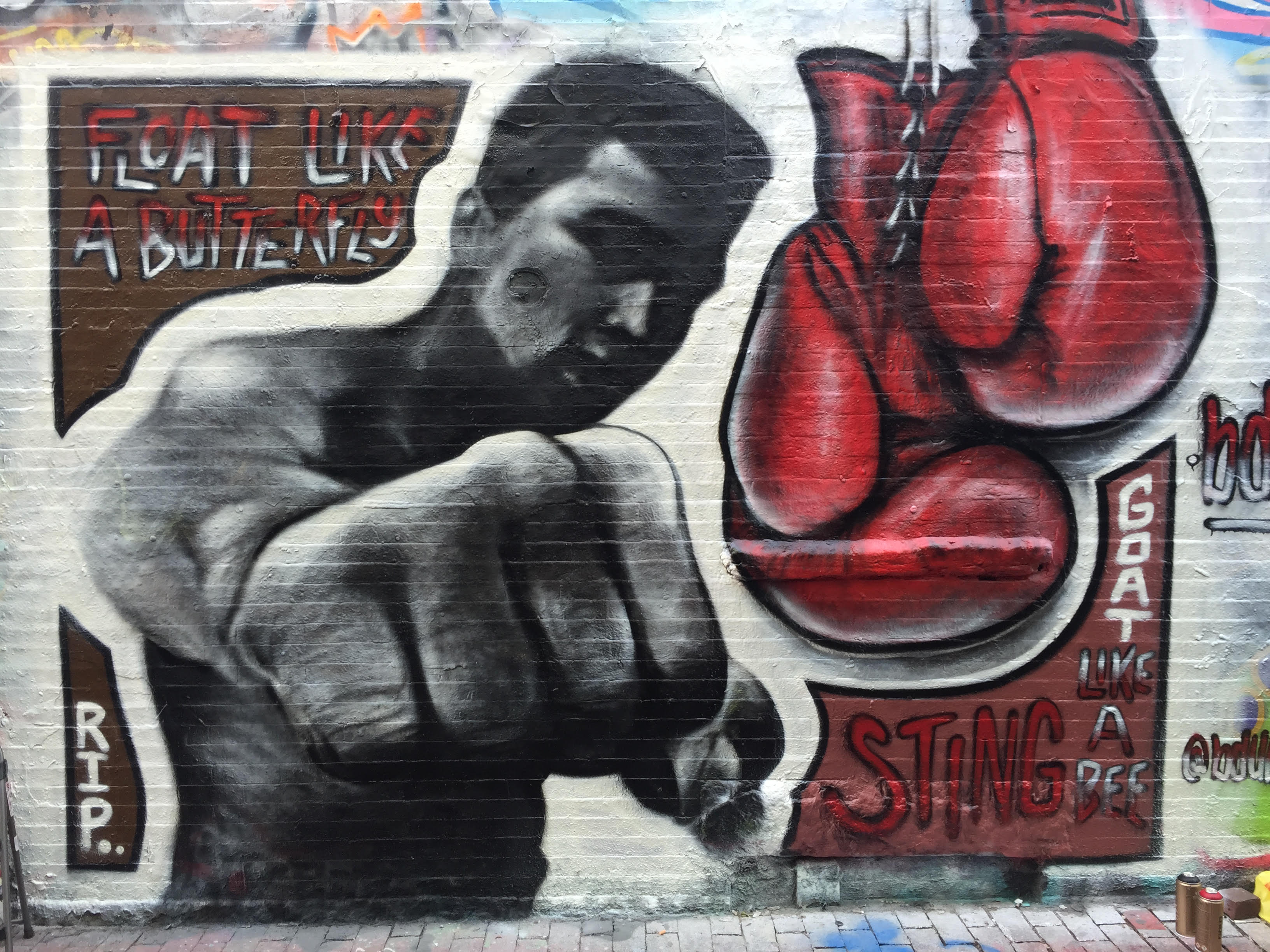 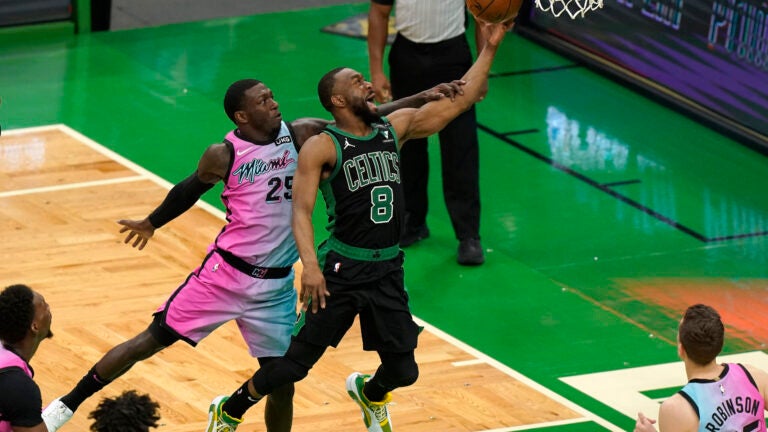