One local museum is trying to physically capture the momentum of a movement by collecting “pussyhats,” those knitted pink hats with cat ears that Women’s March participants wore during marches across the nation the day after President Donald Trump’s inauguration.

The Pussyhat Project received an overwhelming amount of support in the days leading up to the marches, with many craft supply stores around the country running out of pink yarn.

The sea of pink hats dominated photos of the marches.

A sea of pink on Independence Avenue near 3rd, outside VOA’s Cohen Building #WomensMarch pic.twitter.com/Gb3MOqzVbp

Time magazine’s cover five days after the Women’s Marches featured a singular one:

TIME’s new cover: How the Women’s March is becoming a movement https://t.co/EH4jmCwPKi pic.twitter.com/v6EtMGAn1p

Beth McLaughlin, the chief curator of exhibitions and collections at The Fuller Craft Museum in Brockton, began collecting the hats the week after  the marches.

“This is the largest example of ‘craftivism’ [activism through craft] in recent history,” McLaughlin said.

The Fuller Craft Museum houses more than 1,500 works of art, mostly post-1940s crafts. McLaughlin said it has never collected a social or political DIY project before. The museum hopes to collect 40 to 50 hats for the exhibition. So far, they have received about 20 hats and about 50 inquiries from interested donors.

Possible donors must fill out a form detailing their experience with the Pussyhat Project . The museum is searching for hats worn around the world that show diversity in their styles and composition. If you’re interested in donating your own hat, find more information here.

“When so many people were trying to come to grips after the election, the act of making something by hand focused their efforts,” McLaughlin said. “That was a really powerful tool for people to feel proactive.”

In an age of smartphones and Twitter, it could seem surprising that homemade crafts helped symbolize the movement. McLaughlin was not surprised, however, given the rich tradition of women coming together to make things throughout history.

“In the past, you saw women gathering to make things by hand in knitting circles,” she said. “These were really positive groups and there was such power behind them.”

She said that for many women, a pussyhat was the first thing they had ever made by hand, which demonstrates that they “had such personal feelings about what was going on.”

McLaughlin, who participated in the Women’s March in Washington, D.C., said she was blown away by the creativity of the marchers, in both the signs they made and the hats.

She wanted to collect the hats because they are “so relevant as to what the [Fuller Craft Museum] does as an institution.” Given that the pussyhats are the “largest example of craftivism in recent history,” they not only fit into the collection of the museum, but exemplify the merit of handmade crafts in contemporary society, she said.

McLaughlin said she also recognizes that a lot of people may want to hold onto their hats.

“Do what your heart tells you,” she said. “Some might want to be part of our effort, and want to archive them. I don’t think it will be a problem to get the 50.” 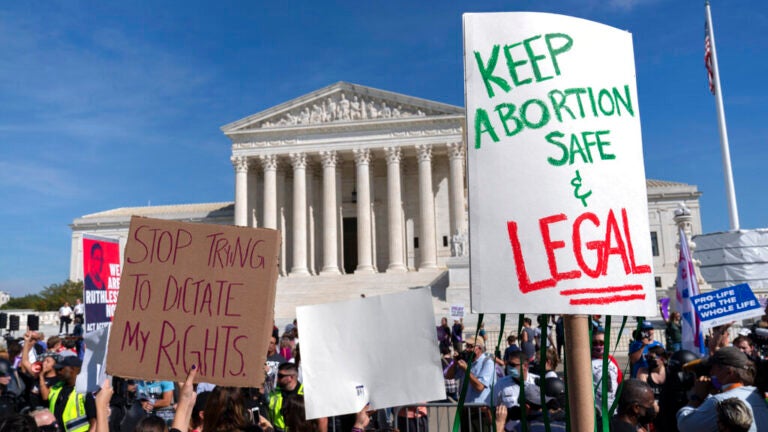