Lying in bed, Amanda Wylie, 13, rubs the belly of her teddy bear six times for good luck. Below her, sister Katie, 9, gives her baby doll a kiss on the head.

Then, the curtain comes up.

The Wylie sisters, from Franklin, are part of the national touring cast of Annie, which kicked off a 13-day stay in Boston at the Boch Center Wang Theatre on Tuesday night.

While both girls are performers by nature—attending Franklin Performing School of Arts and entertaining their parents with various tap and dance routines at home—landing roles in a national tour was a stroke of luck.

Eventually, Amanda and Katie were cast as Tessie and Duffy, respectively, two of the six orphans who occupy the bunkbeds of Miss Hannigan’s New York City orphanage alongside Annie, before she gets taken in by billionaire Oliver Warbucks.

At the Wang on Wednesday night, families with young girls filled the audience, and the two biggest cheers of the night went to songs performed by the orphans: “It’s the Hard Knock Life”(Katie’s favorite), and “You’re Never Fully Dressed Without a Smile” (Amanda’s song of choice). 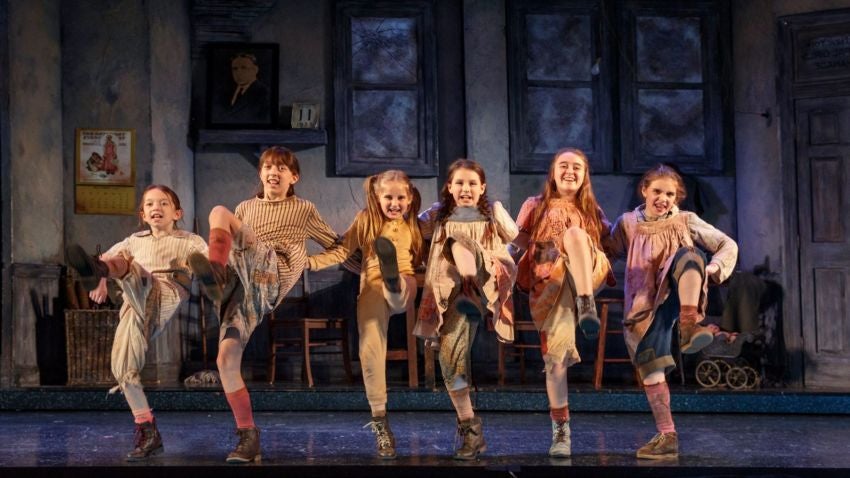 Landing their roles meant big life changes—not only for Amanda and Katie, but for their parents, Kristen and Troy. As the girls moved further along in auditions, from a field of more than 500 down to the final 15, Kristen approached her boss at Kronos, a software company in Chelmsford, about the potential of working remotely for eight months. Troy, meanwhile, has remained back in Franklin, flying out to see his daughters when he can get a break from work, or when Kristen needs to travel somewhere for a conference or meeting.

Despite the grueling schedule and dramatic lifestyle changes, Kristen said there was never any doubt that Amanda and Katie would join the cast once they were offered the parts.

“It wasn’t a question,” Kristen said. “It was more, ‘Wow, they are so lucky to have this opportunity. We need to do whatever we can as a family to support them.’” 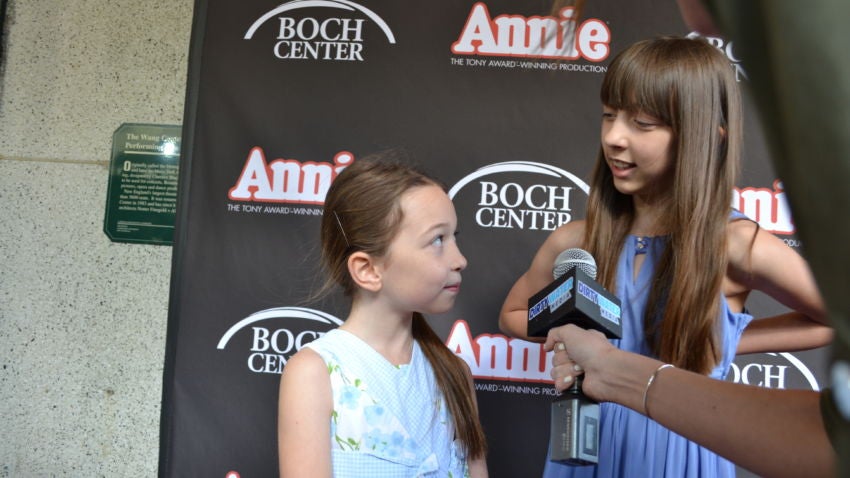 Katie and Amanda Wylie on the red carpet at the Wang Theatre.

Still, it was a welcome relief when the tour arrived in Boston this past Tuesday for a relatively lengthy stay, through May 21. The duo saw family and friends, and received the royal treatment Wednesday as they took to the red carpet before the show to sign autographs for fans. Most importantly, they got to enjoy the creature comforts of home.

“It’s really nice to be able to stay in our own house,” Amanda said. “We saw our cat last night, and we got to sleep in our own beds.”

“I took out my leotards, I took out my character shoes, my tap shoes, my ballet shoes, my jazz shoes…” she said, counting them off with her fingers, before trailing off.

Both girls want to keep performing, but have also thought about other career paths in case the competitive world of theater doesn’t work out. Amanda said she wants to be a lawyer. Katie, at age nine, has gone through “a few phases,” as her sister put it, with dreams of being a hairdresser, artist, and baker.

“Baker is still sort of there,” Katie said, thinking. “But I’m really hoping performer will stick.” 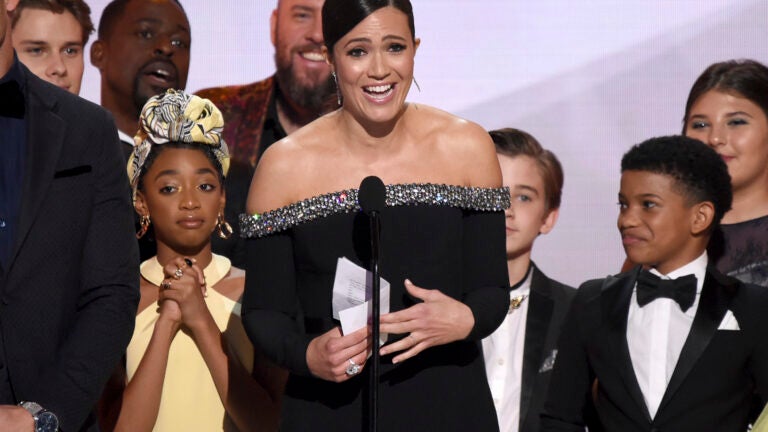