Massive shipping containers covered in murals are just a few of the many intriguing sights at HUBweek, the six-day “festival of the future” that focuses on innovation in art, technology, and science.

Visitors flocking to the wide-ranging festival (co-founded by The Boston Globe, which shares ownership with Boston.com) have danced at a silent disco, watched mesmerizing GIF-iti, and sat in on scores of wide-ranging talks and presentations.

Below, take a look at just some of the art and technology at the festival:

Brian Hasbrouck takes a selfie with an exhibit titled “POLLINATE” at HUBweek on City Hall Plaza.

Visitors pass through an exhibit titled “Butterfly Effect” at HUBweek on City Hall Plaza. This installation offers an experience that focuses on transformation and small gestures with big impact. Allegorical butterflies illustrate how materials reclaimed from the construction waste stream can be changed, re-animated and repurposed into immersive and technology-infused art.

A group of performers arrive at HUBweek on City Hall Plaza. 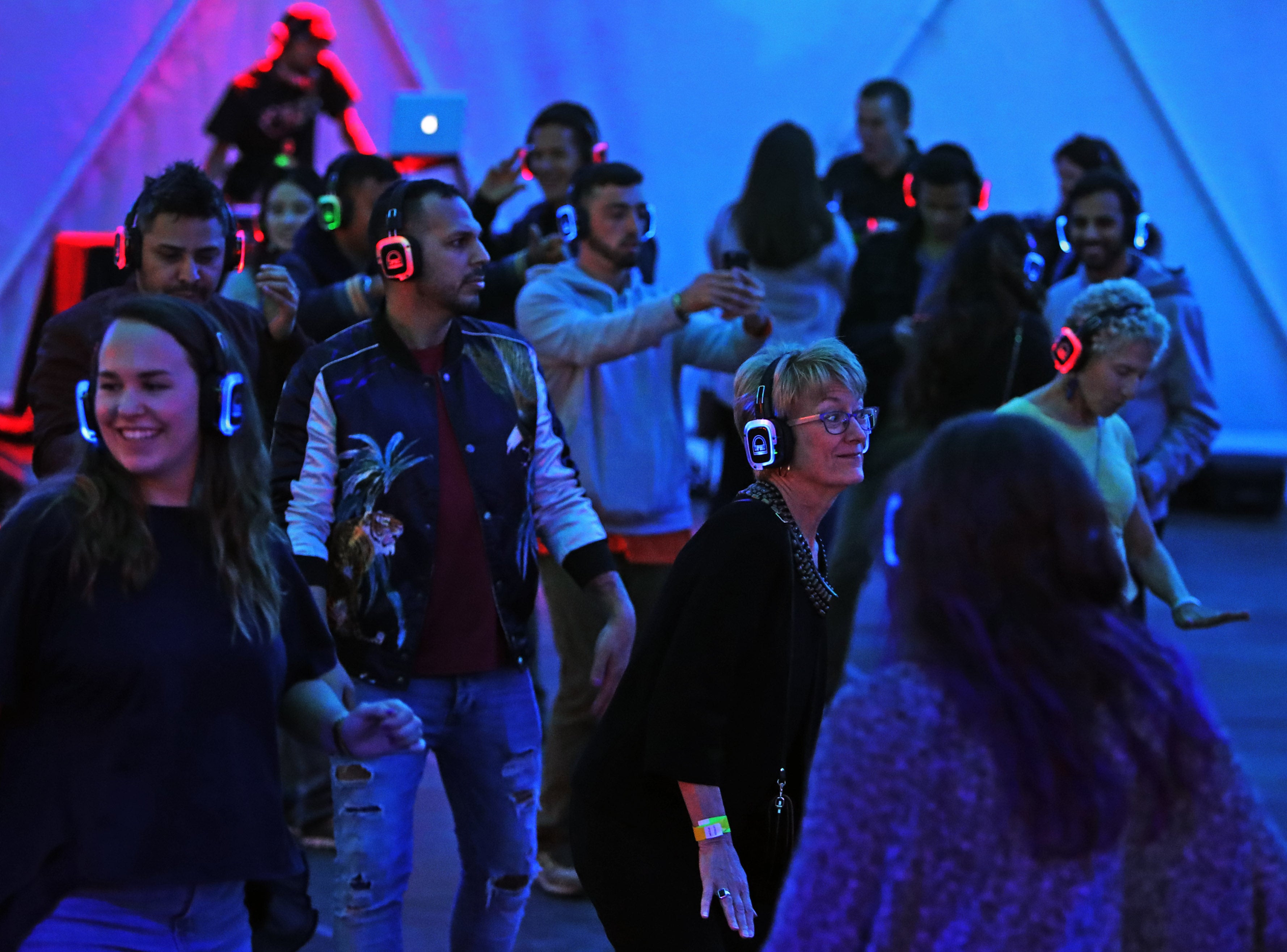 Attendees are pictured at so-called “Immersion Event” called “Silent Disco” where three DJs play live while partygoers wear wireless headphones to listen to the music. Different colors on the headphones indicated which DJ they were listening to.

A group of women perform Liminal Activations at HUBweek on City Hall Plaza.

Partygoers at a “Silent Disco.” 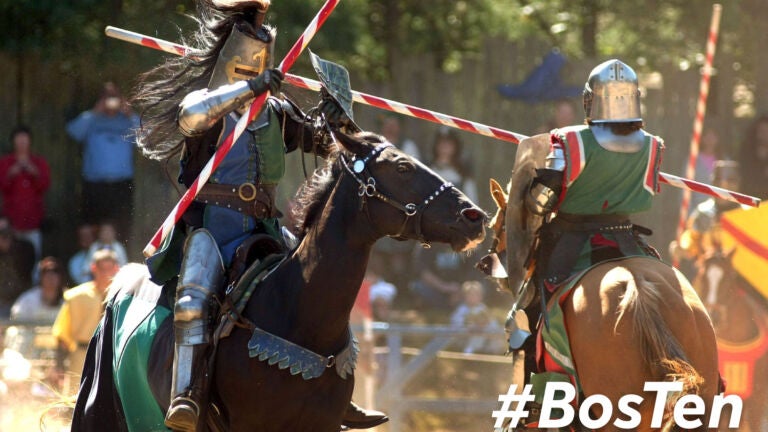 10 things to do in Boston this Labor Day weekend