Two decades isn’t such a long time — the flap of a bee’s wing in the larger scheme of things. So why does watching “Good Will Hunting’’ feel like peering through the looking glass into a remote past?

The film opened in theaters 20 years ago, debuting on Dec. 5 in New York and Los Angeles before moving on to Boston and the rest of the world. In the process, it won a bunch of awards, grossed $225 million on a $10 million budget, launched the careers of two still-potent stars, and gave birth to a genre: the modern Boston movie, with grit as broad as the accents.

In his Christmas Day review, the late Boston Globe film critic Jay Carr praised the “unpicturesque, unselfconscious way South Boston is photographed, the attention to detail. The extras look right. Someone even noticed that the cars in Southie predominantly run to heavy American models . . . [The movie] works — satisfyingly, urgently, richly — it comes to us as felt knowledge.’’

“Good Will Hunting’’ remains pretty great. The parts that worked still do and the parts that didn’t are forgivable. But it’s startling to hold the pieces of this movie in your hands and count the ways in which the world has changed — who’s still with us and where they are now, yes, but also the way they and we live our daily lives.

You get a jolt from the very first frame, when the Miramax logo fills the screen. With “Good Will Hunting’’ and the following year’s “Shakespeare in Love,’’ executive producers Harvey and Bob Weinstein’s independent film company consolidated its position as a mini-studio with major Oscar clout. The brothers left to found the Weinstein Company in 2005; today Harvey stands as the disgraced face of assaultive misogyny in the film industry and American culture. You want to wash that first frame out of your eyeballs as quickly as possible.

Thankfully, next come these two young guys walking down the front steps of a South Boston firetrap, and, if you’re like me, you’ll freeze-frame the shot to drink in their faces and the onscreen credit: “Written by Matt Damon and Ben Affleck.’’

Jesus, were they ever that young? Were we?

There’s a doctoral dissertation to be written about how the two buddies from Cambridge penned a script, fought to get it made, won an Oscar for best original screenplay — and then diverged onto separate paths determined by career choices and public personae. Matt became the Actor and Ben became the Star; Damon hunkered down for challenging leads in “The Talented Mr. Ripley’’ and supporting roles in “Saving Private Ryan’’ and the “Ocean’s Eleven’’ series, while Ben went straight to big-money action epics (“Armageddon,’’ “Pearl Harbor’’), strained romances (“Bounce’’), and a critically mauled superhero movie (“Daredevil’’).

Worse, Affleck fell in love in public, and by the time his tabloid romance with Jennifer Lopez led to the bomb known as “Gigli’’ (2003), he had become a pop culture punching bag. Affleck has since swerved in and out of respect, mounting a critically and commercially successful directing career that culminated in an Oscar for “Argo,’’ and then seeming to become a pawn as a paunchy Batman in the current DC superhero cycle. Meanwhile, Damon rolls steadily along, alternating action franchises (the “Bourne’’ series), epic sci-fi (“The Martian,’’ “Elysium,’’ “Interstellar’’), independent quirk (“Suburbicon’’), and dramatic support (“The Monuments Men’’). 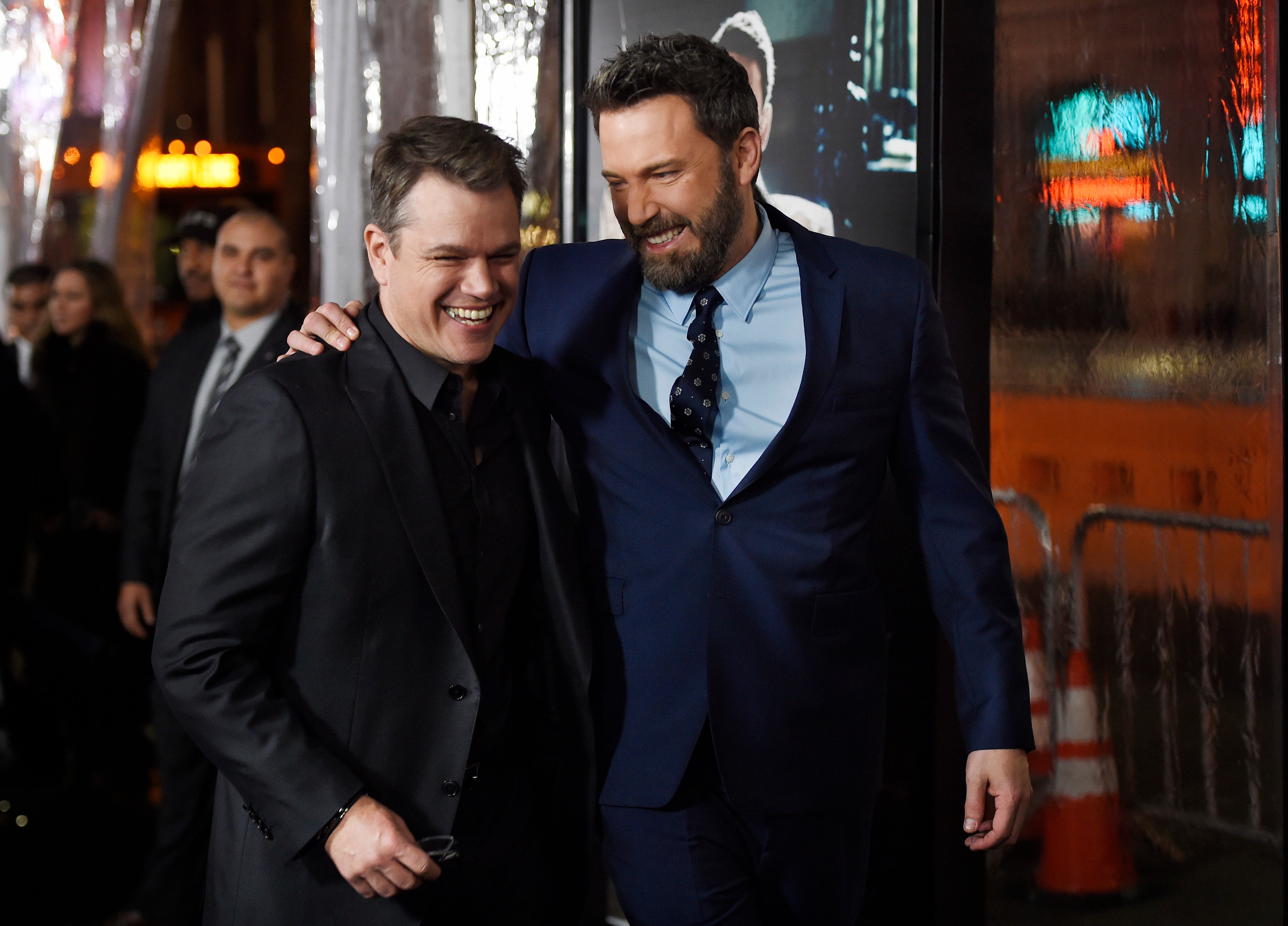 In truth, Damon’s hit-to-miss ratio isn’t all that different from Affleck’s, but his position in the pop firmament is. Do we take him more seriously because he looks less like a “movie star’’ and more like a character lead? Because he has kept his name (mostly) out of the gossip magazines? Because we ascribe a quality of steadiness to Matt and a cavalier inconstancy to Ben based entirely on what we see on our screens?

Damon’s performance as Will Hunting, a traumatized South Boston foster kid and unwilling math prodigy, now looks to be the angriest the actor ever believably got. And Affleck’s monologue about how his character, Chuckie, is resigned to going nowhere and Will had better get a move on, is more than ever a beauty of complex emotion. In 1997, watching their “Good Will Hunting’’ scenes together felt like the beginning of something. Now it plays like the beginning’s end.

The movie’s an unexpected requiem for many other things. Robin Williams, for one: His Oscar-winning role as Will’s therapist, Sean Maguire, a Southie-born professor at Bunker Hill Community College, is imbued with the sadness that always seemed part of Williams’s persona and that eventually claimed him with the actor’s 2014 suicide. The character’s Boston accent, stuck halfway between L Street and Hyannis Port, is the one sour note in “Good Will Hunting,’’ but the performance remains one of Williams’s most deeply touching.

Elliott Smith, whose fragile yet resilient folk songs work as the movie’s subconscious, is gone, too, a suicide in 2003. Director Gus Van Sant arguably hit his commercial high-water mark with “Good Will Hunting’’ and in recent years has seemed to vanish from the scene; he’s still making movies (some with Damon), but few make it to the larger market. Unlike her male costars, Minnie Driver never achieved A-level stardom (and was famously dumped by boyfriend Damon during his 1998 appearance on “Oprah’’ — how come that didn’t stick to his reputation?) but has found solid success on TV, most recently with ABC’s “Speechless.’’

Other casualties of the passing decades? Wonderland Greyhound Park in Revere, where Will and Driver’s Skylar have a date and she wins big on the races; it closed after Massachusetts voters banned dog racing in 2009. The Central Artery, whose bilious green I-beams can be glimpsed through the windows of Chuckie’s beater. Indoor smoking — Will and his pals light up so much at close quarters that the camera crew must have been choking from the secondhand fumes.

The Curse still hadn’t lifted from the Red Sox in 1997, and when Williams’s Maguire reenacts Carlton Fisk waving the ball fair in the ’75 World Series, it’s with an existential bittersweetness we all shared. Also: Will’s mentor, the snooty MIT professor played by Stellan Skarsgard, has a habit of hitting on attractive female students that’s played as wink-wink entitlement and reads far more sleazily today.

What hasn’t dated in “Good Will Hunting’’? Minnie Driver’s filthy laugh. The soundtrack of Smith songs, Luscious Jackson cuts, “Baker Street,’’ and Danny Elfman’s lyrical score. The L Street Tavern, where Will, Chuckie, Morgan (Casey Affleck), and Billy (Cole Hauser) quaff their ales, is still standing. So is Casey, a 2017 best actor Oscar winner for “Manchester by the Sea,’’ with an undissipated cloud over his head from a sexual harassment case settled out of court in 2010.

And somewhere in the middle — dated yet vibrant, overdone but still with us — is the Boston movie that “Good Will Hunting’’ pioneered. Damon and Affleck wrote their city into their script and got it right, down to the accents and the city’s eternal class hatreds. (Why are the MIT groundskeepers so nasty to Skarsgard’s professor? Because that’s their way of being polite.)

The Boston films that came before had declined from the reasonably accurate “The Friends of Eddie Coyle’’ (1973) and “The Verdict’’ (1982) to “Blown Away’’ (1994) and the all-time low of “Celtic Pride’’ (1996). “Good Will Hunting’’ revived film industry interest in the city by reimagining it as a stage for tough-talking inner-city drama and crime. The film’s Southie felt fresh, authentic, and that “authenticity’’ was slowly hammered into cliché over the ensuing decades by “Mystic River,’’ “The Departed,’’ “Gone Baby Gone,’’ “The Fighter,’’ “The Town,’’ “Black Mass,’’ “Patriots Day,’’ and others.

Recent films like “Spotlight,’’ “Manchester by the Sea,’’ “Infinitely Polar Bear,’’ and even “Stronger’’ have pointed the way toward a new kind of Boston movie, one less hung up on tribalism and crime. You could argue that the great Boston film has yet to be made (and if it ever is, it should probably be about the busing crisis). But you could do a lot worse than to revisit “Good Will Hunting’’ on its 20th birthday. It’s a reminder of a time when the Boston movie and everyone in it was young, and we all had energy and earnestness to burn. 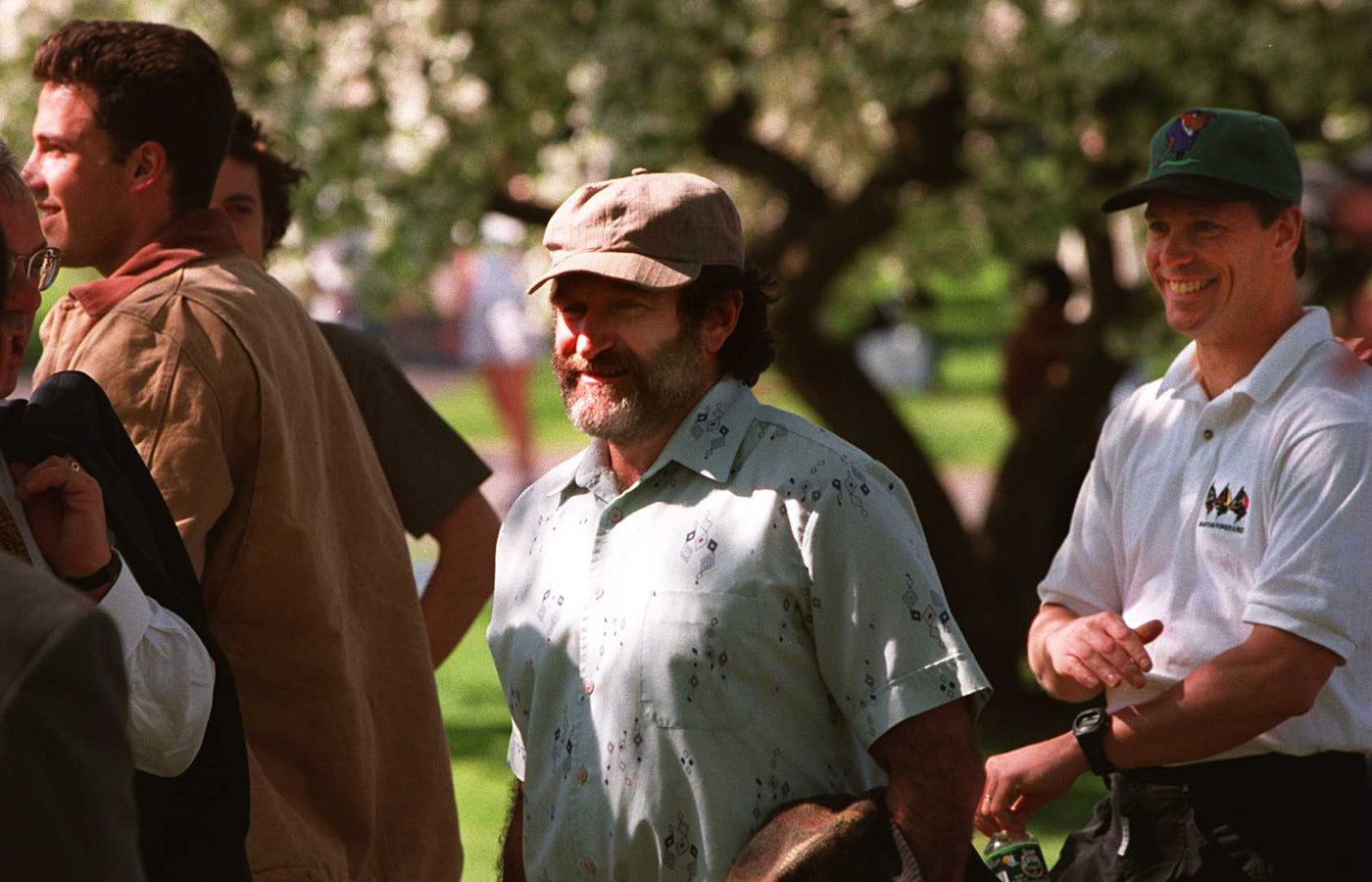