“The Musical Fence” was installed outside of Cambridge City Hall, but Matisse’s fences were taken down after just 40 days because of a noise complaint. The fences are now found at two area museums: One has resided at deCordova Sculpture Park and Museum in Lincoln since 1989, and the other has been at Montshire Museum of Science in Vermont since 1995.

Thirty-three years after Matisse’s artwork went up, a chance encounter with one of the fences led Somerville resident Daniel Joseph on his own journey with the sculptures.

While studying music at Tufts University in 2013, Joseph and his brother Kyle Joseph visited the deCordova.

“My brother and I stumbled upon this musical fence and played it for a good 20 minutes,” Joseph said. “We just got so much joy from exploring the piece.”

Paul Matisse’s “The Musical Fence” at deCordova Sculpture Park and Museum in Lincoln.

Joseph was inspired to include Matisse’s piece in his Tufts thesis about the importance of participatory music making. He reached out to Matisse, now a resident of Groton, who agreed to meet with Joseph several times as he worked on the thesis during his senior year.

Their conversations also motivated Joseph, who graduated from Tufts in 2015, to found The Pickup Music Project in 2016. The project is comprised of a team of artists, musicians, and engineers who build interactive sound sculptures in public spaces to encourage impromptu music making. The idea is to provide opportunities for pickup music similar to the way basketball courts allow for pickup basketball, Joseph said.

“I asked Paul, ‘Would it be OK if I sort of carried the baton into the future with the musical fence and iterated on it?'” Joseph said. “He’s been nothing but encouraging.”

“I do feel completely positive about the whole thing,” said Matisse, whose work has been shown in the Institute of Contemporary Art in Boston, New York’s Metropolitan Museum of Art and Museum of Modern Art, as well as in galleries in Europe and Japan. “I don’t even care about the ‘inspired by my own fence’ [part of it]. It’s beyond that. It’s just about the celebration of the music that can be played by anyone just walking by.”

Joseph’s team has created three musical fences over the past few years. The first was for the Eaux Claires Music and Arts Festival in Wisconsin in 2016, the second was for Rhode Island’s Newport Folk Festival last summer, and the third was installed in Torbert Macdonald Park in Medford in September.

“We’ve gotten better, over time, at building them,” Joseph said.

In 2017, his team also created “Fluid Process,” a sculpture that enables music to be made with falling water.

“The Musical Fence: Reprise,” Joseph’s latest fence project, was placed in Cambridge Crossing on Jan. 25, and is made up of two 15-foot-long fences, each with 45 aluminum chimes, accompanied by a bucket with rubber mallets for tune making. In a bit of a throwback to Matisse’s original fences, Joseph said his team took steps to make sure noise wouldn’t be a problem.

“We’ve got measurements for how far the sound travels and made sure we’ve put our quietest mallets out,” Joseph said. “We haven’t had any issues with noise thus far.”

The fences will remain in Cambridge Common through late April, after which they will be moved to the boardwalk in front of the Boston Children’s Museum. Joseph said the fences have been well received by the public.

“People who were previously strangers find themselves making music nonverbally in this wonderful way,” Joseph said. “The piece just yields smiles, as one of my friends put it.”

A live demonstration of the musical fences in Cambridge Crossing will take place on April 20 from 1 to 2 p.m. during the Cambridge Science Festival, a 10-day festival that takes place in various venues across Cambridge and greater Boston. The event is free and open to the public. 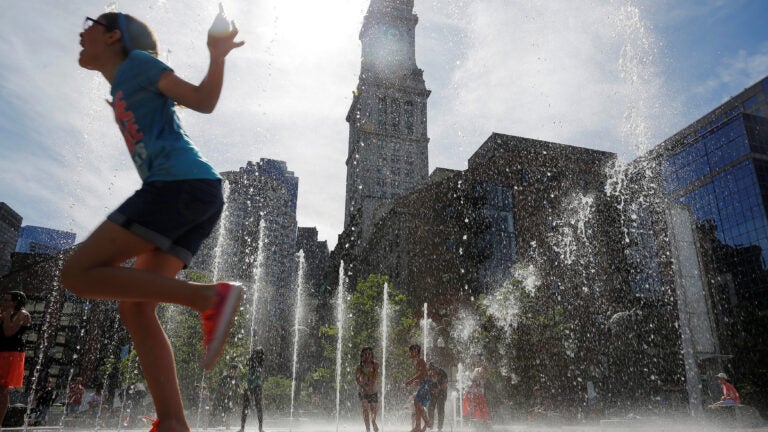 10 fun things to do with kids in Boston, according to local experts