Don’t be confused — what lies at 90 Traveler St. in the South End is more than a freeway underpass.

Underground at Ink Block has become an eight-acre attraction including pedestrian boardwalks, bicycle paths, a dog park, and lots of art. Local and national artists have been at work decorating the area, and it all culminates with a block party on Saturday. Art, food trucks, and music will color the June 29 event celebrating the 2019 Underground Mural Project.

In 2017 and again this year, Cambridge-based creative agency Street Theory curated a selection of artists to revamp the area into an urban park and outdoor gallery. The 2019 set is composed of local artists Silvia López Chavez, GoFive, Victor ‘Marka27’ Quinonez,  Greg LaMarche, and Matthew Zaremba, as well as New York-based Indie 184 and Spanish artist Iker Muro.

Guests can RSVP  to the block party online. The event is free, but there is a charge for those looking to enter the 21+ area. 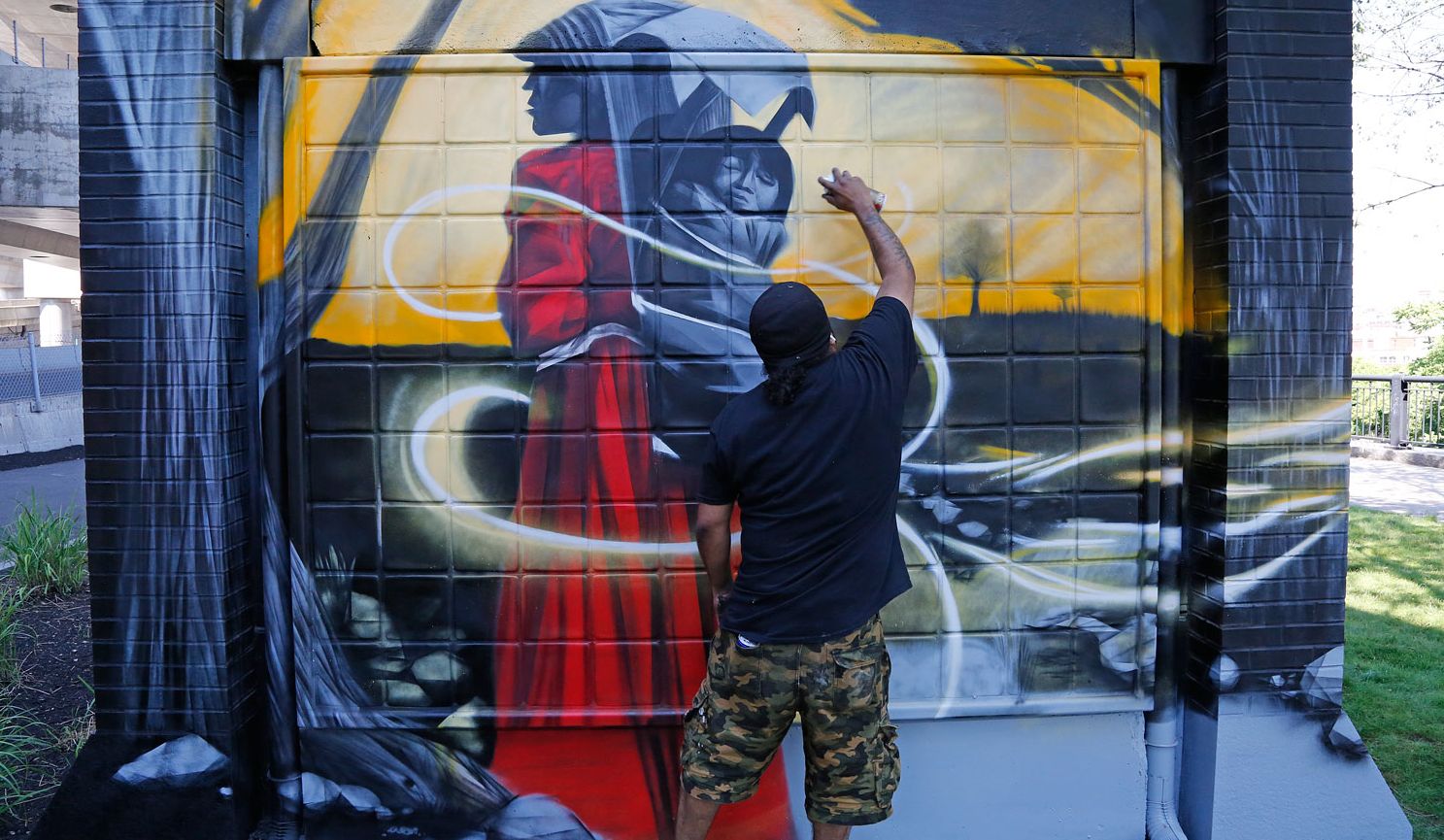 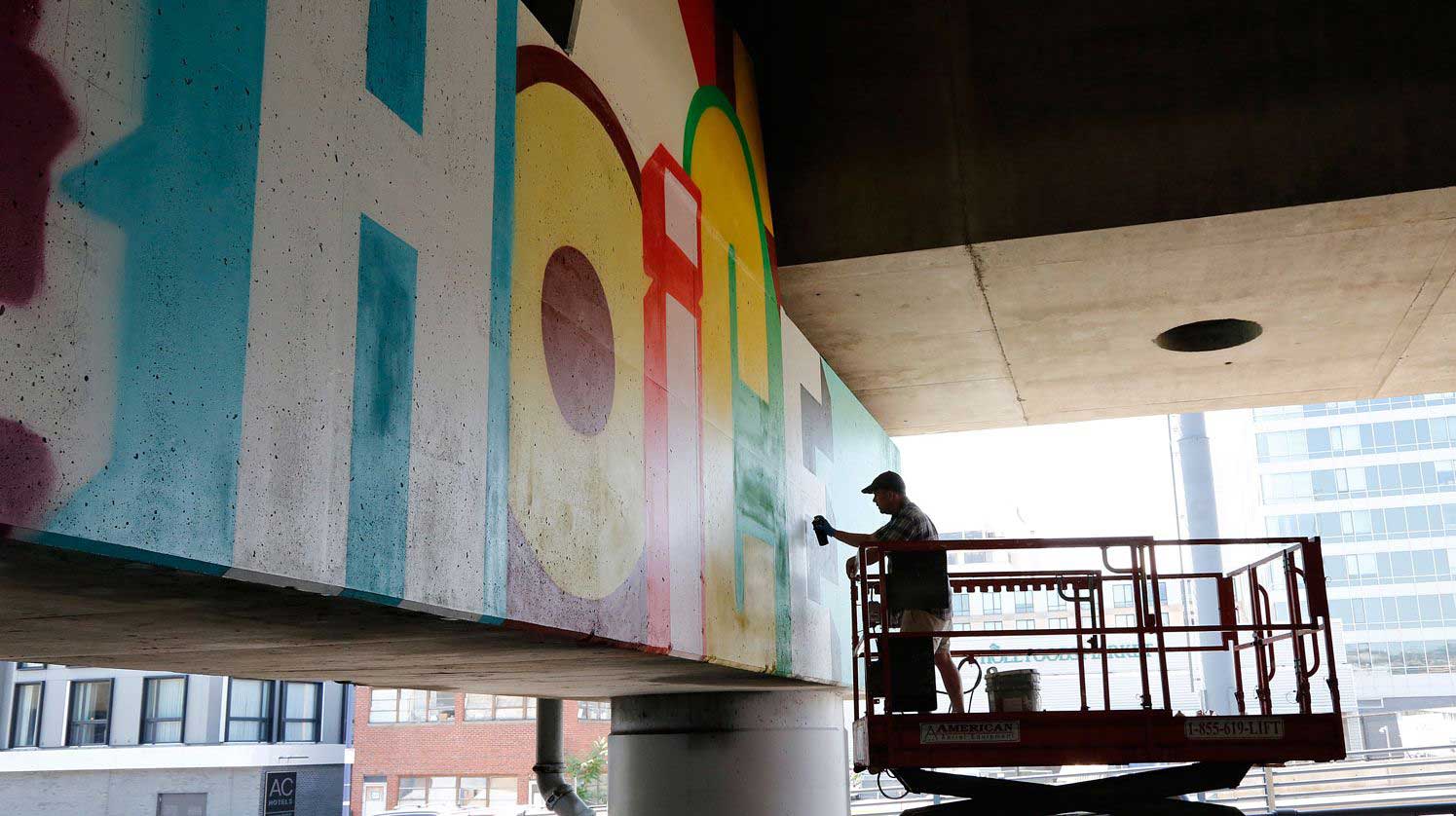 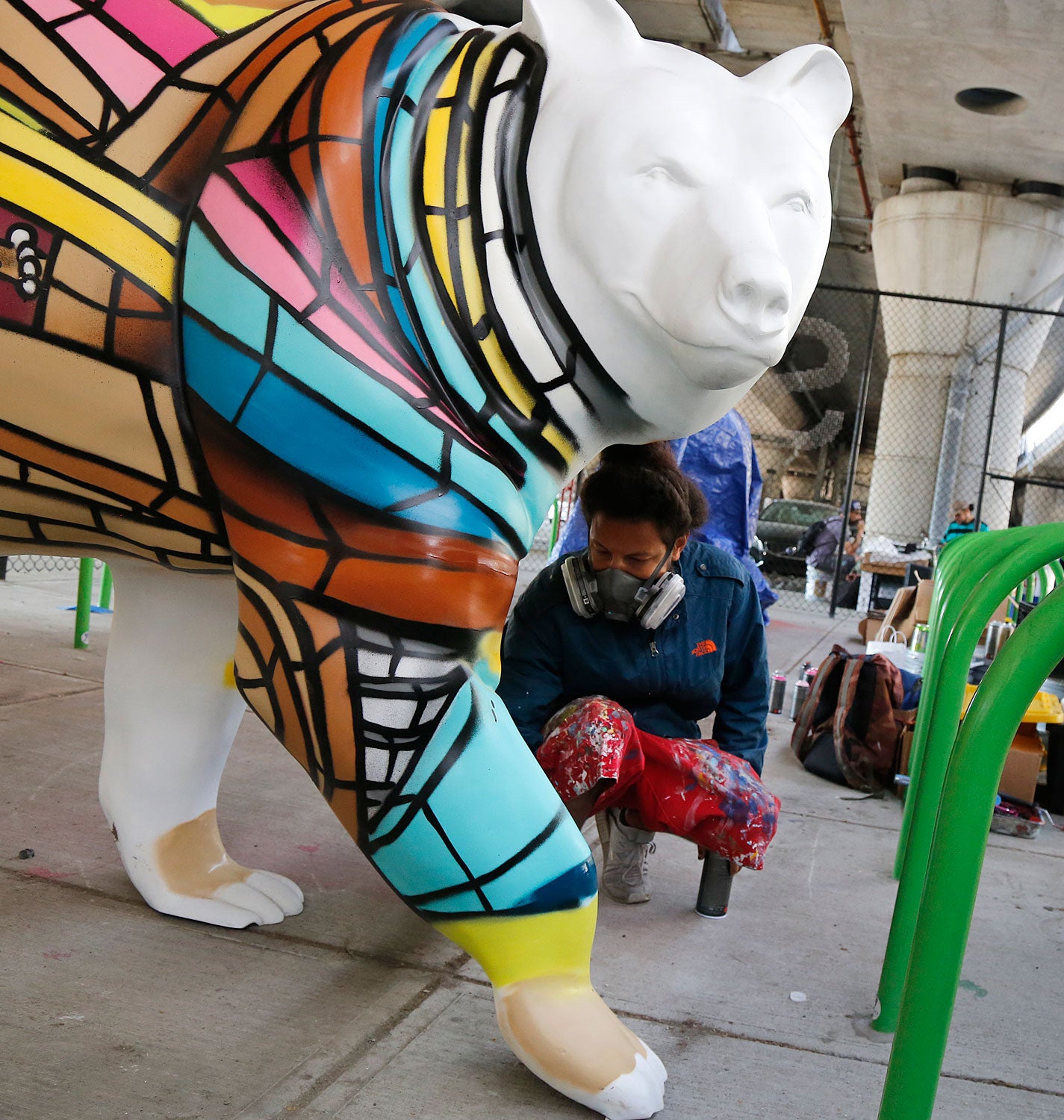 David “Don Rimx” Sepulveda took part in the 2017 Underground Mural Project and has returned to add some color to this year’s festival.

Correction: A previous version of this story incorrectly stated that The Underground Mural Project includes nine murals; there are eight. Boston.com regrets the error.