The first look at Johnson’s new project, which was shot in the Boston area last fall, holds its cards understandably close to the chest, but its style — the smoky intrigue of a classic Agatha Christie novel paired with Johnson’s playful sensibilities — is on full display.

Craig and Lakeith Stanfield star as two detectives dispatched to look into the death of renowned crime novelist Harlan Thrombey (Christopher Plummer), only to learn that the deceased’s tight-lipped clan (including Evans, Jamie Lee Curtis, Don Johnson, and Jaeden Martell) all harbor secrets that could prove pertinent to the investigation.

“You all love twisting the knife into one another,’’ Craig’s Poirot-esque Detective Benoit Blanc exclaims, in a conspicuous Southern twang. Evans’s prodigal son certainly seems none too thrilled to be cooped up as the gumshoes sleuth around the family estate, cursing out his relatives one by one. “What is this, CSI: KFC?’’ Evans’s character says later to Blanc, drawing a snort of laughter from Stanfield’s detective.

Even if “Knives Out’’ hadn’t spent two months shooting here, there’d be plenty of reasons to look forward to the murder mystery, slated for release around Thanksgiving. Of note: The film marks Sudbury native Evans’s first film since bidding adieu to Captain America in this summer’s “Avengers: Endgame.’’ 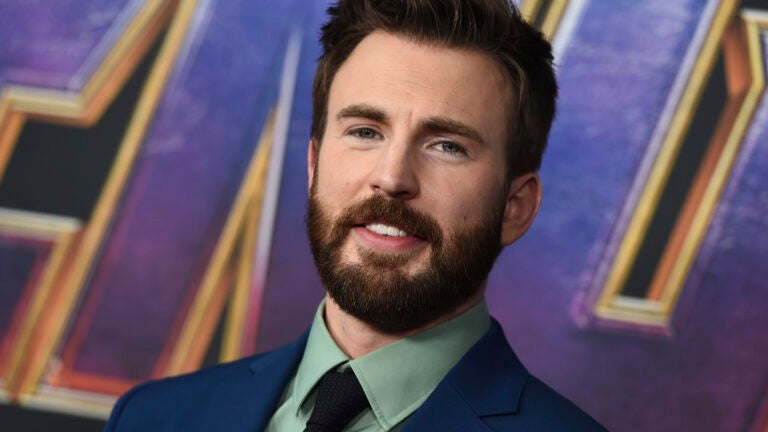